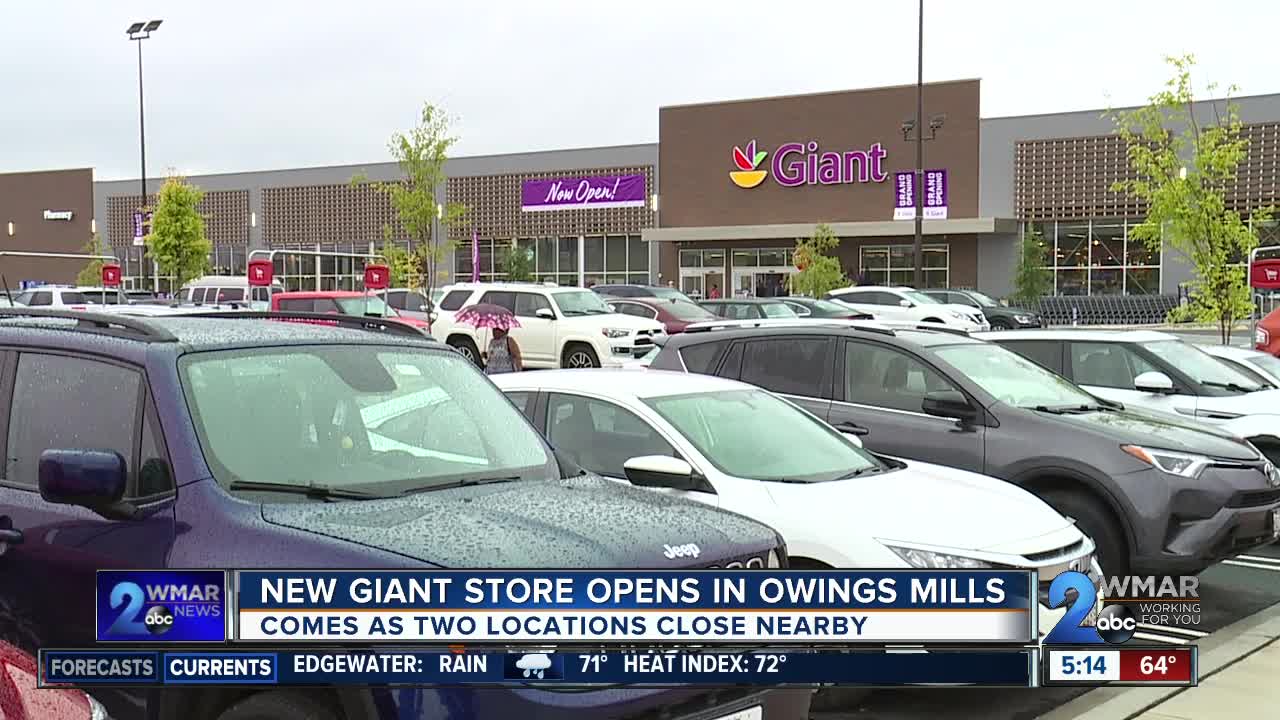 The locations that closed were at the Saint Thomas Shopping Center and the New Town Village Center.

A grand opening was held at Mill Station, the site of the former Owings Mills mall.

"It was very said to see it go," said Warren Lawson. "I've been in this area for like 25 years and you hate see the old stores go, but, you know, we got new stuff now. It looks great."

The new Giant has a pickup service, in-store made sushi, pizza's made to order, PNC Bank and a Starbucks.