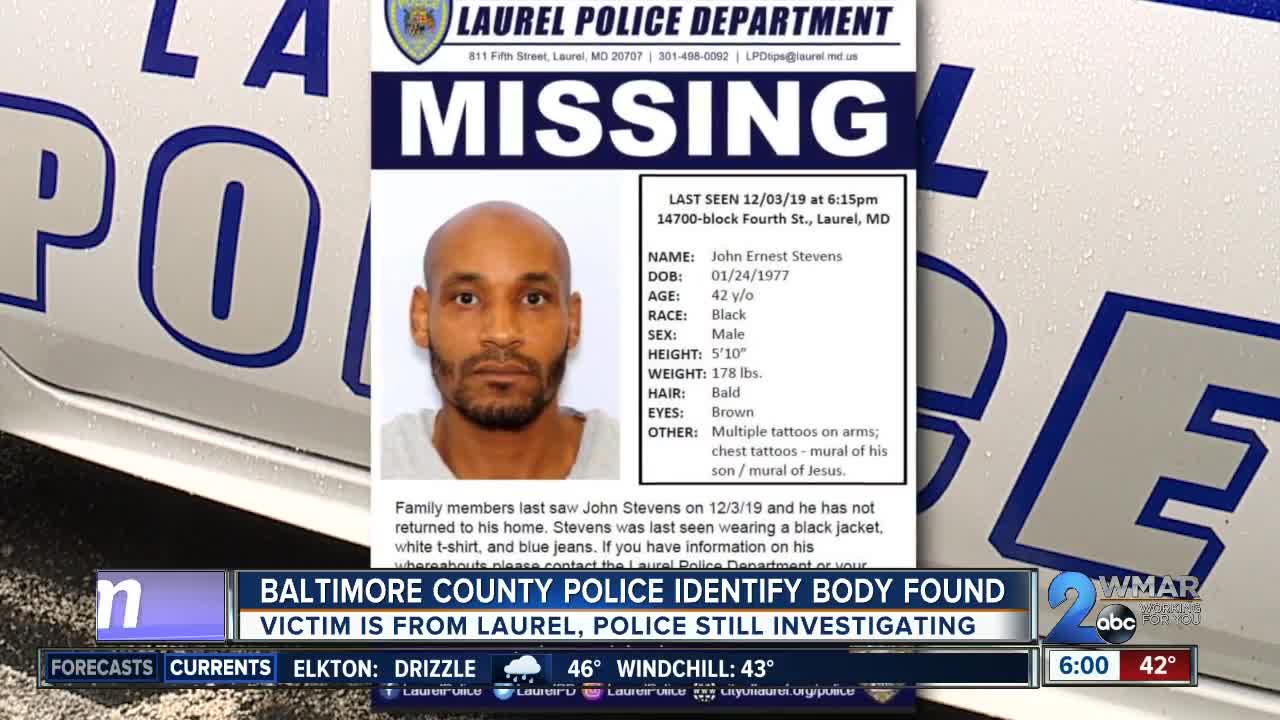 Baltimore County Police have identified the body found at the Cockeysville recycling center as 42-year-old John Ernest Stevens of Laurel.

Stevens' dismembered torso was found by workers at the Central Acceptance Facility, on Beaver Dam Road, at around noon on Tuesday. The workers noticed a tarp on the conveyor belt and, upon further investigation, found the body wrapped in the tarp.

Stevens was reported missing from family members earlier this month and was last seen on December 3. Detectives were able to identify him by his tattoos.

The cause and manner of death have preliminary been determined by the Office of the Chief Medical Examiner to be undetermined and a homicide.

However, the Baltimore County Police Department's Homicide Unit is continuing to investigate how Stevens' body got to the recycling center, which according to officials, also accepts bulk recyclable material from both Harford and Cecil Counties.

"It is still too early in our investigation for us to lean one way or another as to a motive to this man's death. So everything is still on the table. All possibilities are still something we will consider and look into," said
Ofc. Jen Peach from Baltimore County Police.

Baltimore County Police are also working to identify the specific truck that dumped his body on Tuesday so police can begin plotting the route as to how a man from Laurel ended up dismembered and dumped in Cockeysville.