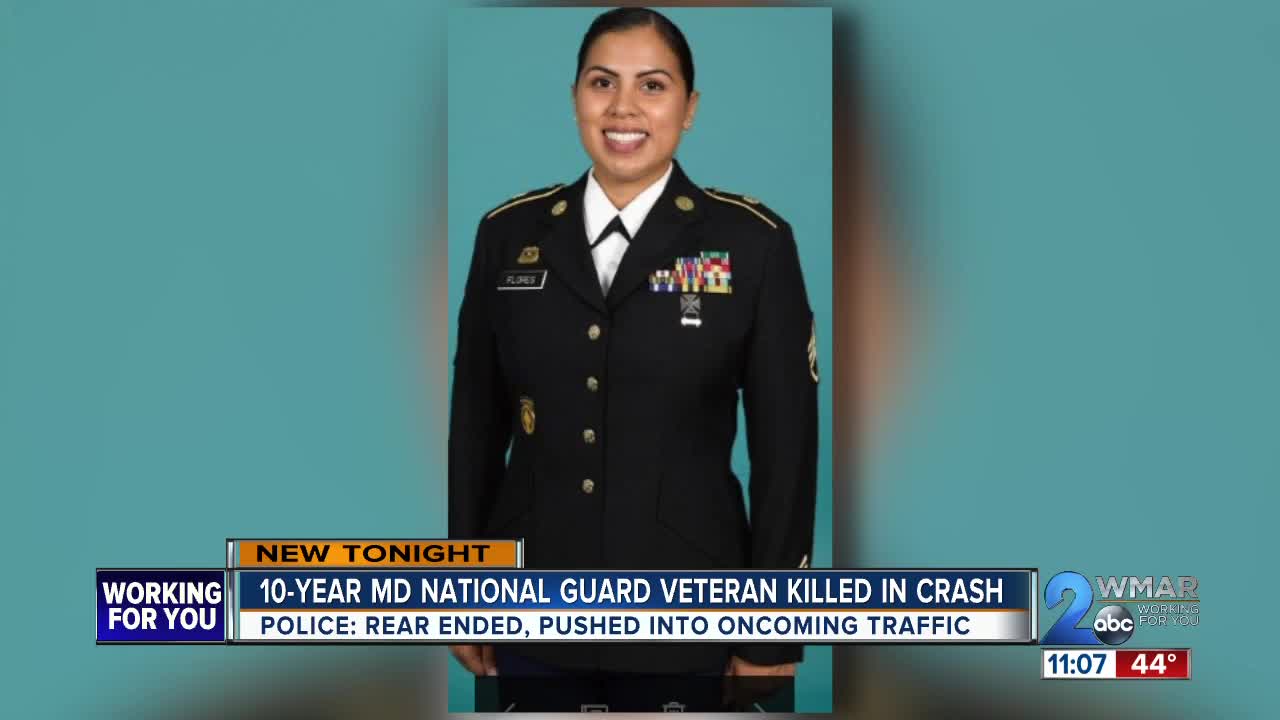 A Staff Sergeant with the Maryland Army National Guard is dead following a Tuesday morning crash just outside of Camp Fretterd Military Reservation in Reisterstown. 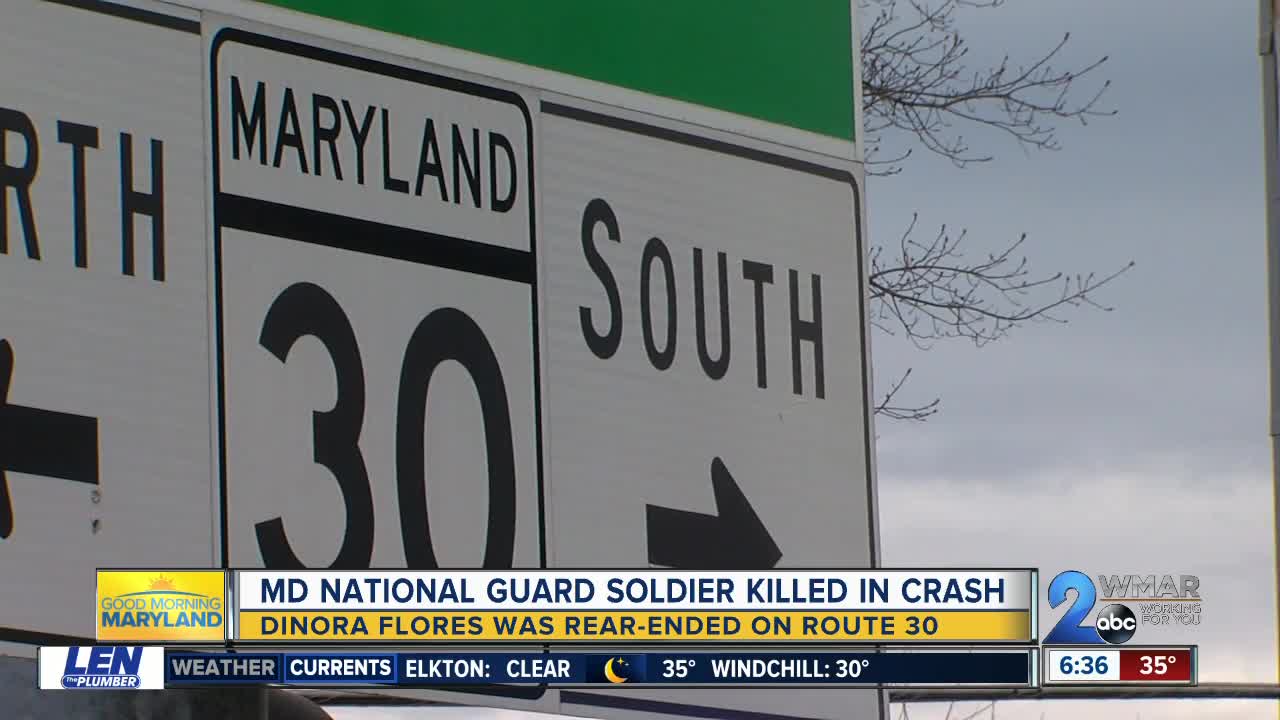 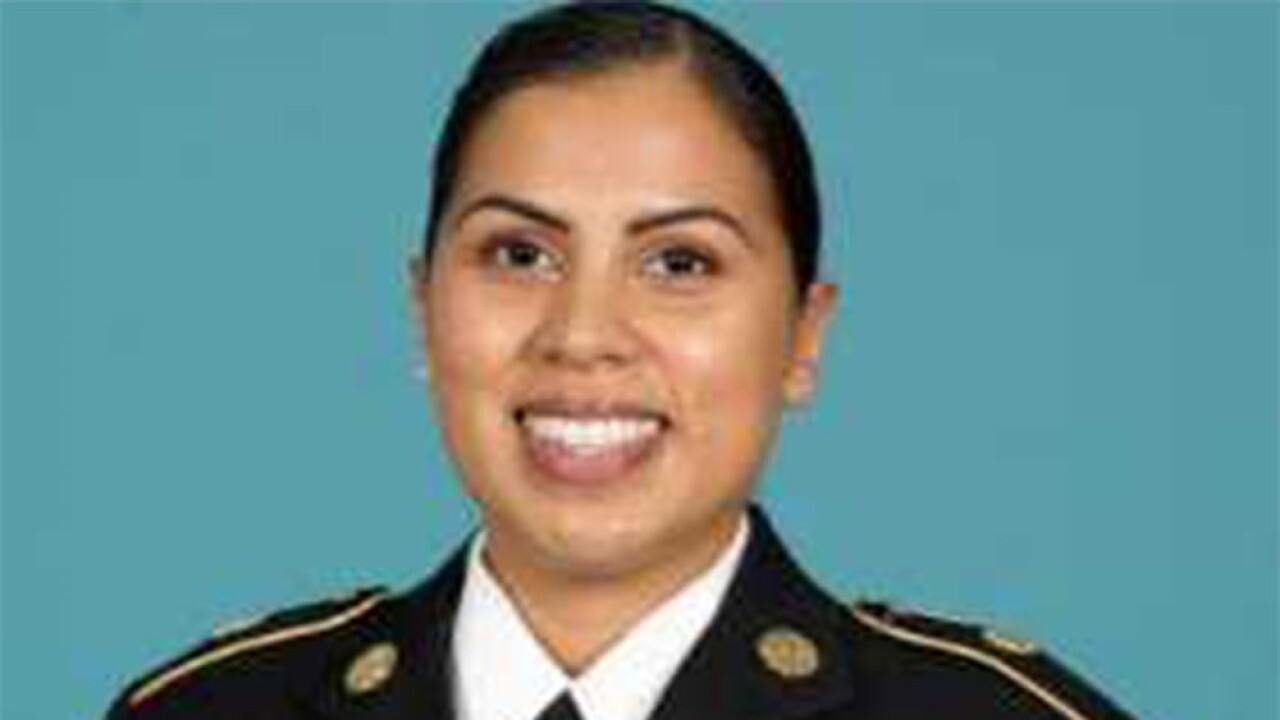 Baltimore County Police say 33-year-old Dinora Aracely Flores was rear ended by a flat bed truck while she was stopped waiting to turn from Route 30 onto Rue Saint Lo Drive at Camp Fretterd.

The impact forced Flores' vehicle into oncoming traffic, where it was struck by a tractor trailer. She was transported to Sinai Hospital, where she later died.

"We're a Maryland National Guard family here so it's one of our family members that we lost today," said Major Kurt Michael Rauschenberg.

Officials with the Maryland National Guard said Flores joined in 2009, rising to the rank of Staff Sergeant where she worked full-time as a supply Non-Commissioned Officer for the Recruiting and Retention Battalion at the Camp Fretterd Military Reservation.

"Our thoughts and prayers go out to the Flores family at this most difficult time," said Maj. Gen. Linda L. Singh, the adjutant general of Maryland. "The loss of one of our own is always very difficult, and little can be said to ease the pain, but we must remember Staff Sgt. Flores' dedication to our nation and state and honor her service."

"She played an important role not just in her job but in everybody's lives," said Rauschenberg

Rauschenberg says the mother of three lived in Damascus.

"I can't imagine what the family is going through at this time, and we are going to do everything we possibly can to support the family through this most difficult time," said Rauschenberg.

After learning of her death, Governor Larry Hogan ordered Maryland flags to fly at half-staff until Flores is laid to rest.

In a statement Hogan commended Flores' service and offered his condolences to her family, "Sgt. Flores was a 10-year veteran of the Maryland National Guard. She served our state and country with great distinction. I ask all Marylanders to keep the Flores family in your prayers at this difficult time."

Following the crash, Hanover Road was closed for hours while police processed the scene.

It's unclear if anyone else was hurt or if any charges will be filed.

Baltimore County Police say their Crash Investigation Team is working to determine the cause of the collision.