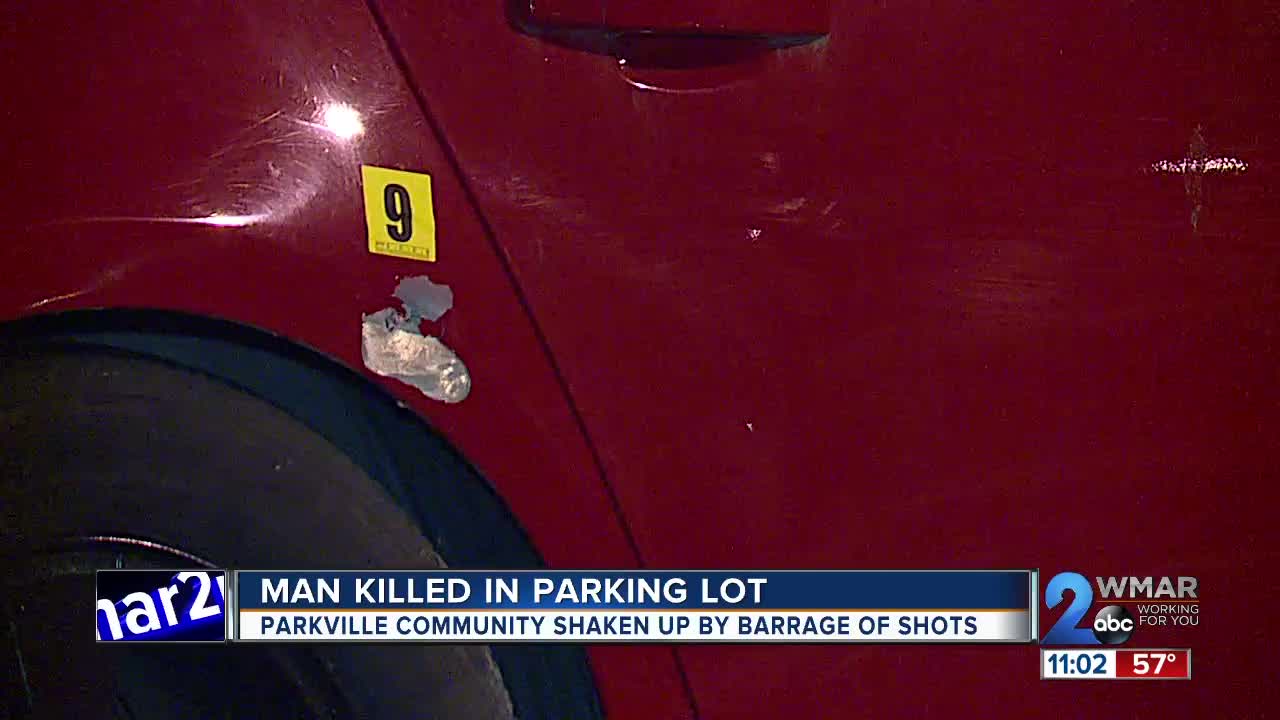 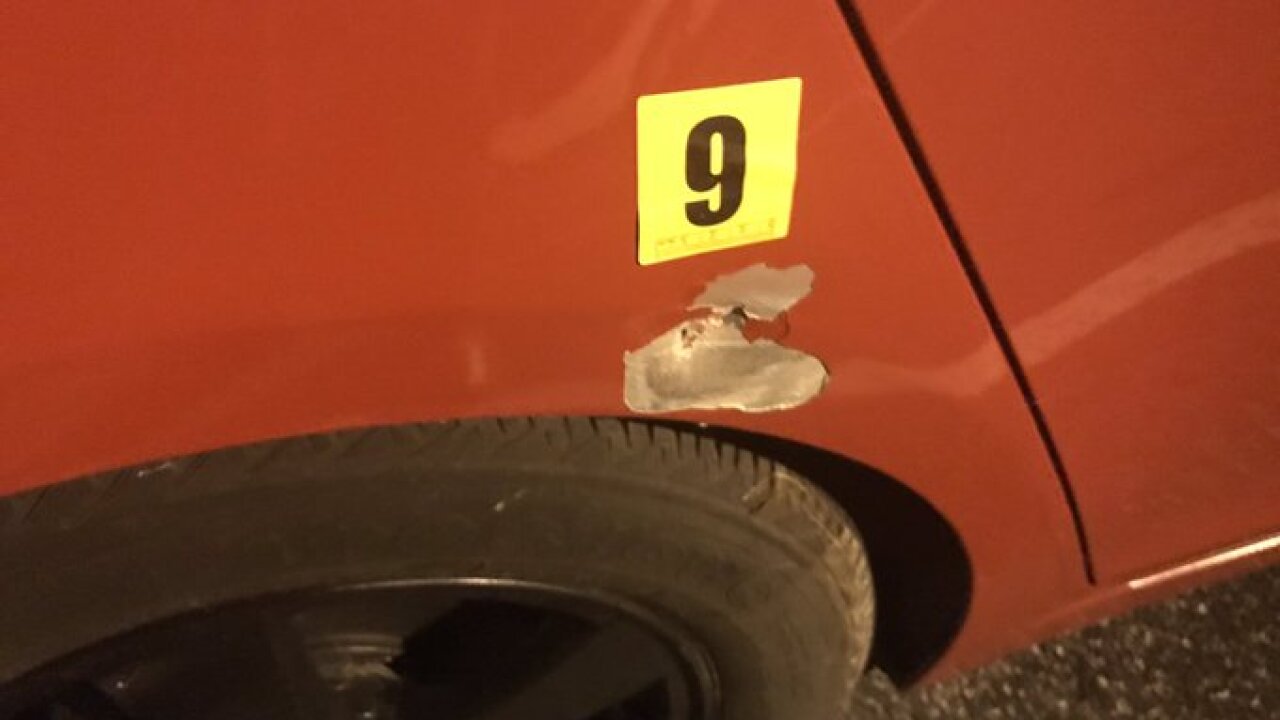 PARKVILLE, Md. — Around 10:00 p.m. Tuesday, a man was shot and killed in a parking lot in Parkville.

Baltimore County Police said, it happened on the 3500 block of Fieldcreek Way. The victim has been identified as 37-year-old Tavon Marshall.

Cole Rause said he and his fiance were going to bed when he heard the shots ring out.

"It sounded like fire crackers than it was quite and than we heard sirens and screaming,” said Rause.

The evidence sticker was still attached to a car that caught one of the stray bullets.

“I was walking Dotty (his dog) not 10-15 minutes before it all happened," Rause. "It’s really scary that I was literally walking her right past this car. That could have happened ten minutes earlier.”

Police believe the shooting was a targeted attack.

“It’s kind of like your bubble gets burst," Rause said. "You don’t really think about that stuff as much until it happens kind of right next to where you live.”

Metro Crime Stopper is offering a reward for information that leads to an arrest, you can reach them at 1-866-7LOCKUP.