Paramedics responding to an emergency call for a construction worker who had suffered a fall at the corner of Shawan and York Roads early Friday only had to travel about a block to the scene, but the damage had already been done.

"When crews arrived, Medic 395, which is a Cockeysville medic, was the first medic to arrive,” said Baltimore County Fire Specialist Nicholas Tyson, “Once they arrived they found that the patient was extricated by his co-workers."

Only then did they learn the gravity of the victim's injuries.

"There was one adult male that appears to have been working in an elevator shaft.  A weight came down and pinned him against the wall," said Tyson, "With the information I have, the patient fell 20 feet."

An Urban Search and Rescue team from the Texas station also responded to the scene, which is the future site of the world's largest spice maker, McCormick.

Tragically, the victim, later identified as 31-year-old Michael Zeller of Essex, was pronounced dead at the scene.

Baltimore County police helped in shutting down the site following the incident and workers cleared out for the day, as an investigation got underway into what went wrong costing Zeller his life.

"Well, we do have MOSH on scene,” said Tyson, “Whenever incidents like this happen, we request them to come on scene and they usually look into it to see if there were any safety concerns or not."

WORKPLACE RESCUE in Cockeysville. Co-workers tell me a worker fell down an elevator shaft in a building under construction on Schilling Rd. Ambo. has left the scene with patient. @WMAR2News pic.twitter.com/IO7nddHH2l 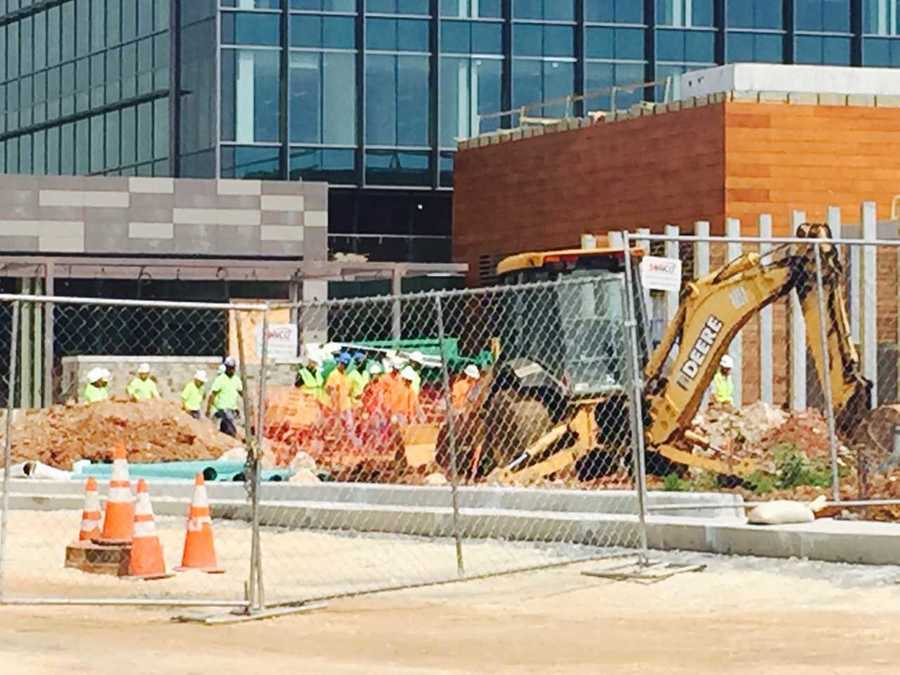