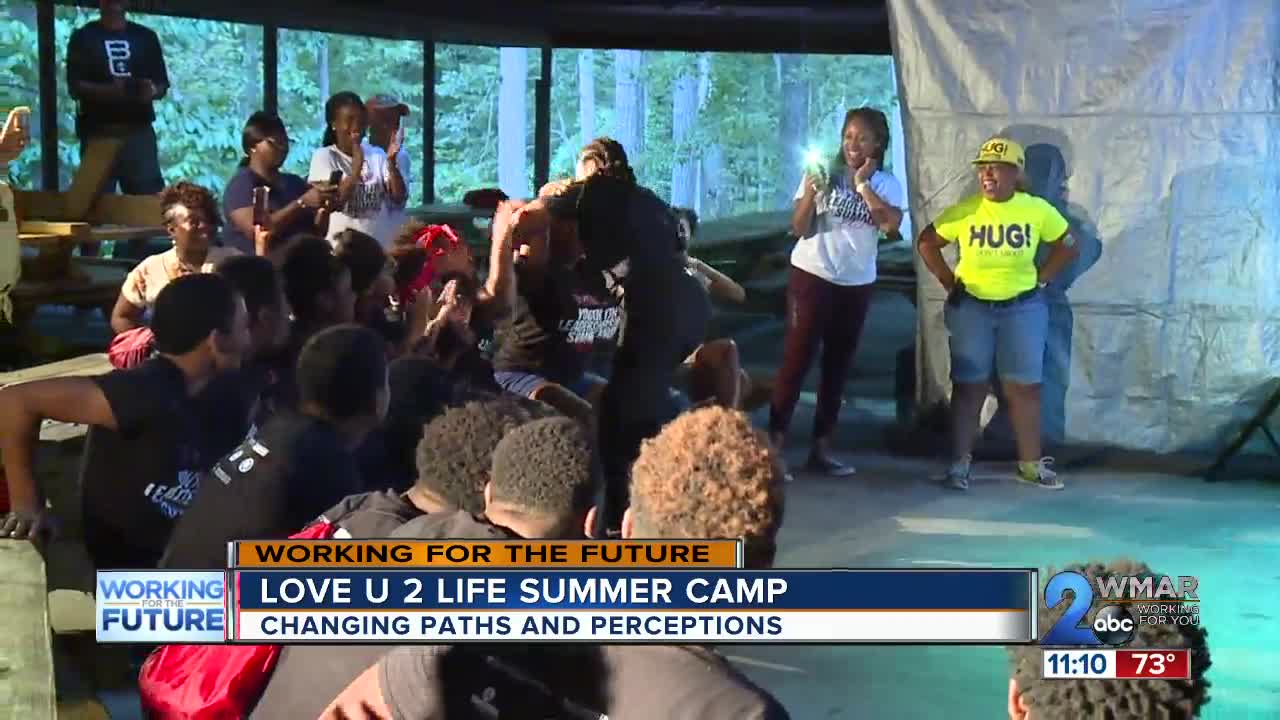 WHITEFORD, Md. — “I told all the counselors’ man this is weak. I don’t want to be here I want to go home,” 15-year-old Peter Hockaday said.

Hockaday didn’t know where he was, let alone who he would become.

He’s one of 50 middle and high school age teens from across Baltimore City who were brought about an hour north of their homes in Baltimore.

The teens summer is about to end and another year of indifference towards school and pull from the negative things that destroy so many young lives.

“Away from the concrete jungle of Baltimore City,” said Russell. “Take away all their electronics so they can’t call home and just love on them 2 life. Do that through workshops, incredible speakers that come in. Do it through team building because most of them are loners. They don’t know how to get along with each other.”

Thursday was the last night at camp, and the organizers brought in performers so the kids could enjoy themselves.

What they didn’t know was that they were about to find out that all of their counselors are sworn members of the Baltimore City Police Department.

“It was surprising of course, but I’m so comfortable with them that it doesn’t bother me,” Hockaday said.

One by one the officers came out in uniform to handshakes hugs and cheers.

Jayla Watson-Brown was shocked to see the counselors turned family were actually police, and she said she learned a lot.

“What I learned this week is to never give up on yourself,” Watson-Brown said. “Have faith in yourself and don’t let anybody tell you that you can’t do something.”

On Friday the kids will go back to their lives.

“The people here let me know that it’s okay to be different,” Hockaday said. “Nobody can tell you what you need for you. Nobody can love you as much as you need to love yourself.”

The officers will get back to protecting and serving on the streets of Baltimore, but the beautiful bond they built will last.

“Now they get to go back and say you know what all police aren’t bad,” said Russell. “We hung out all week with some police that mentored us and loved us and I’m better now for it.”

All of them ready to share what they learned and make the city a little better for it.