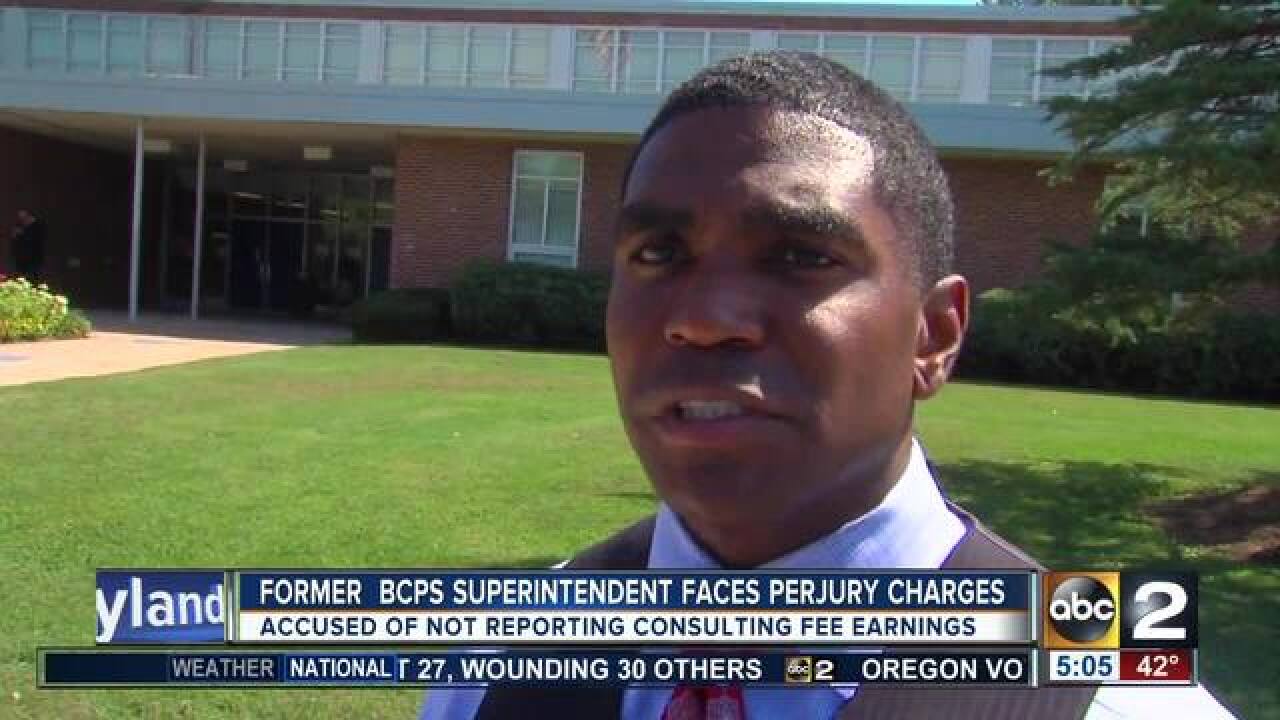 The charges allege that from July through December 2012, Dance actively negotiated and then signed, a no-bid contract between Baltimore County Public Schools and SUPES Academy, LLC while working for SUPES and related company Synesi Associates, LLC.

The charges say that in 2013, while under oath, Dance falsely reported that he had no interest in any companies during 2012 and that he had no sources of income other than Baltimore County Public Schools.

He actually owned Deliberate Excellence Consulting, LLC and was paid $500 by SUPES and $13,500 from Synesi.

In 2013, it is alleged Dance was paid nearly $72,000 by Deliberate Excellence Consulting, for services rendered by Dance to Synesi, City of Providence Public Schools and Tompkins-Seneca-Tioga Board of Cooperative Education Services.

It's alleged that in 2016, Dance amended his 2013 Financial Disclosure Statement, stating he earned no income from Deliberate Excellence Consulting.

Prosecutors say Dance continued to own Deliberate Excellence Consulting, LLC and personally had income of about $12,000 from other entities yet reported, under oath on his 2015 Financial Disclosure Statement that he had no business ownership and had no sources of earned income other than Baltimore County Schools and Deliberate Excellence Consulting, LLC.

In August 2016, Dance amended his Financial Disclosure filing for 2015 by filing an addendum under oath stating that he earned nothing from Deliberate Excellence, LLC in 2015 although he received $47,000 for services rendered by him through the company.

“We are surprised and saddened to hear about the charges against former superintendent Dallas Dance. It is important to note, there are no accusations of wrongdoing by the current administration or me. I have full confidence in the integrity of our staff and organization as a whole. We will stay focused and continue to work diligently to provide the best education possible for our more than 113,000 students. “