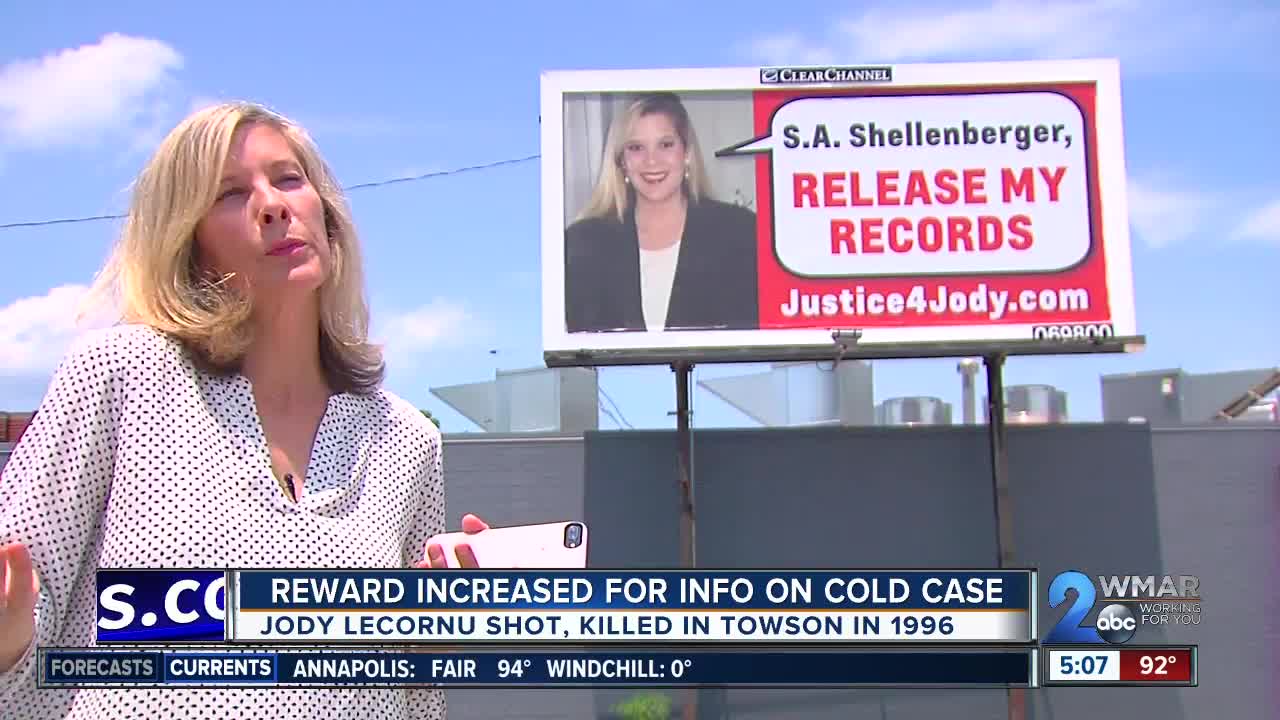 The family of a woman killed 23 years ago is demanding information from Baltimore County State's Attorney and has increased the reward money.

BALTIMORE — The family of a woman killed 23 years ago has put up a new billboard demanding her records.

On March 2, 1996, Jody Lecornu was shot and killed in her car at the Drumcastle Shopping Center on York Road.

Her family and investigators are still trying to find her killer. The family put up billboards in Baltimore city and county to bring awareness to the case.

"We just want to be able to see those records," said Jenny Carrier, Jody Lecornu's sister.

The family has also increased the reward for information to $100,000.