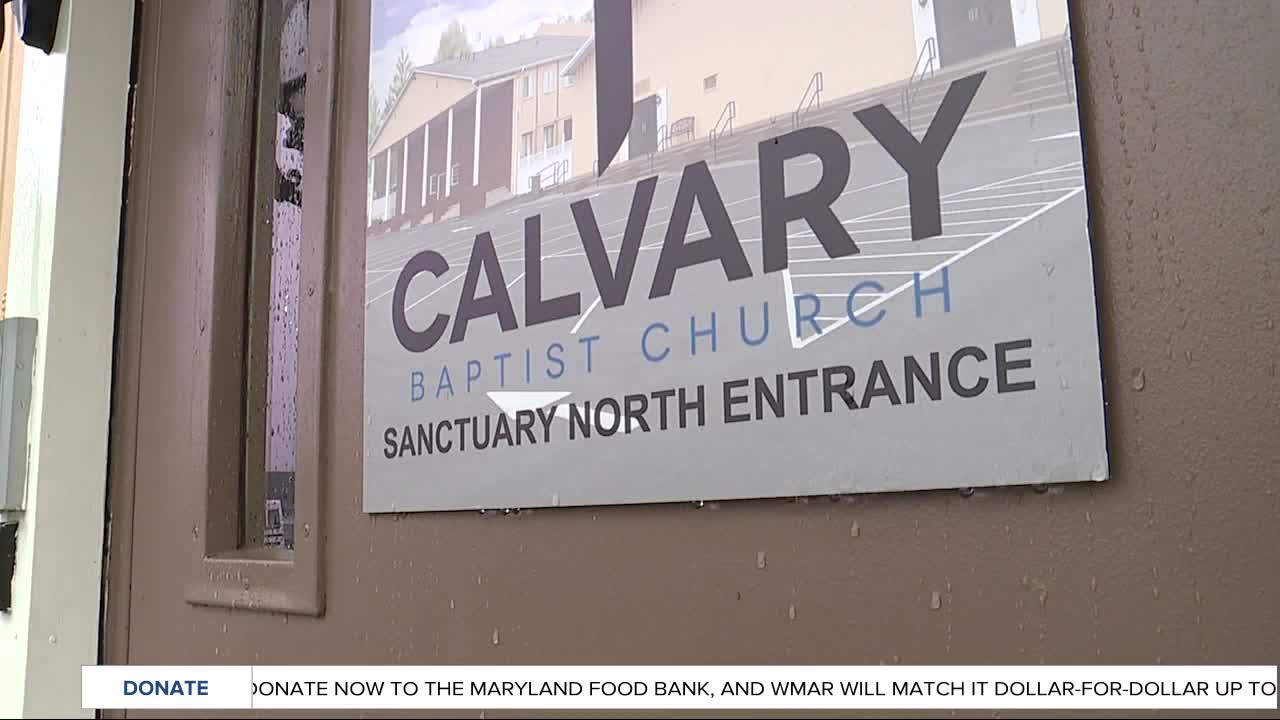 The back-and-forth between Baltimore County and Calgary Baptist Church came to a head during a Wednesday night service, as Pastor Stacey Shiflett literally and figuratively shredded a cease and desist order he had received two days earlier.

DUNDALK, Md. — The back-and-forth between Baltimore County and Calgary Baptist Church came to a head during a Wednesday night service, as Pastor Stacey Shiflett literally and figuratively shredded a cease and desist order he had received two days earlier.

“The closer we get to Jesus coming back, the more church we ought to be having, not less church. Now, that’s God’s parameters,” Shiflett told his congregation. “So I’m tearing up this cease and desist order right here, and I’m telling you right now, we’re going to do it God’s way!”

Reflecting on his actions, which have drawn a national spotlight, Shiflett attributes them to divine intervention.

“I had no idea when we put that out on Twitter on Thursday morning that it would take off like it did,” said the pastor. “but I guess God can use anything to get a message across, and He chose to use that.”

The church had held its first in-person, worship service a week earlier, just two hours after Governor Larry Hogan reopened religious institutions to half of their capacity.

“I don’t think any of us anticipated a county official overruling a governor’s opening of the state. If it’s happened anywhere else in the United States, I don’t know about it. I’m not saying it hasn’t, but that caught us completely off guard,” said Shiflett.

Citing the constitution and the needs of his congregation, the five-generation pastor decided to push back and continue holding services.

As a member of the governor’s faith-based work group on reopening churches, Shiflett had already implemented six-feet rules, taking temperatures, face masks and the like, disinfecting the sanctuary before and after every service.

Still, the county has threatened to fine the church $5,000 if it persists.

“When I go to Dunkin’ Donuts over here and you’ve got six or eight people huddled up in that little drive thru area handling cash, making my coffee, putting lids on the cups, handling my straws, handing out the window, and I can’t have, but 10 people in a 600-seat auditorium? It’s ridiculous,” said Shiflett.

In addition to all the safety measures, people who are attending services must first sign a waiver claiming they will not hold the church responsible should they contract the virus there.