A man has died and three others were taken to the hospital after a house fire in the Arbutus section of Baltimore County.

A man has died and his grandmother is in critical condition following a massive house fire early Wednesday morning.

The fire started just after midnight at a home in the 900 block of Courtney Road near Carmella Drive. When crews first got to the scene they found large blazes throughout the entire house.

Click below to see more pictures of the scene: 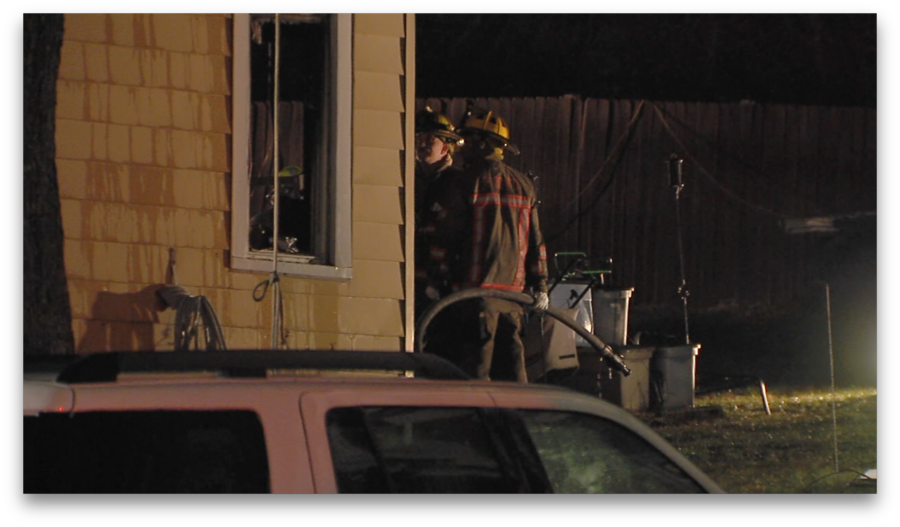 Three people were inside when the fire started, 51-year-old Michael Johnson, his 97-year-old grandmother, and his mother. Johnson's sister got to the house just before emergency responders arrived.

A neighbor who lived three doors down says she's never seen anything like it.

"Then, I looked at this side and saw fire and my husband called 911 and we saw a lot neighbors outside and it was very scary," Nadya Vala said.

As soon as Johnson's sister got to the house, she saw flames at the front door so she immediately warned her brother and then ran to her grandmother's bedroom window to rescue her. A Baltimore County Officer and a Maryland State Police Trooper who one of the first to arrive helped get the grandmother out of the burning home. She is listed in critical condition at Shock Trauma.

Johnson was trapped on the second floor of the home and was pronounced dead at the scene. His mother and sister were taken to the hospital with minor injuries.

"The flame was really high and black smoke and sparks were moving this way, but the firefighters came just in time," Vala said.

Officials say the home suffered major damage and the cause has not been determined at this time.