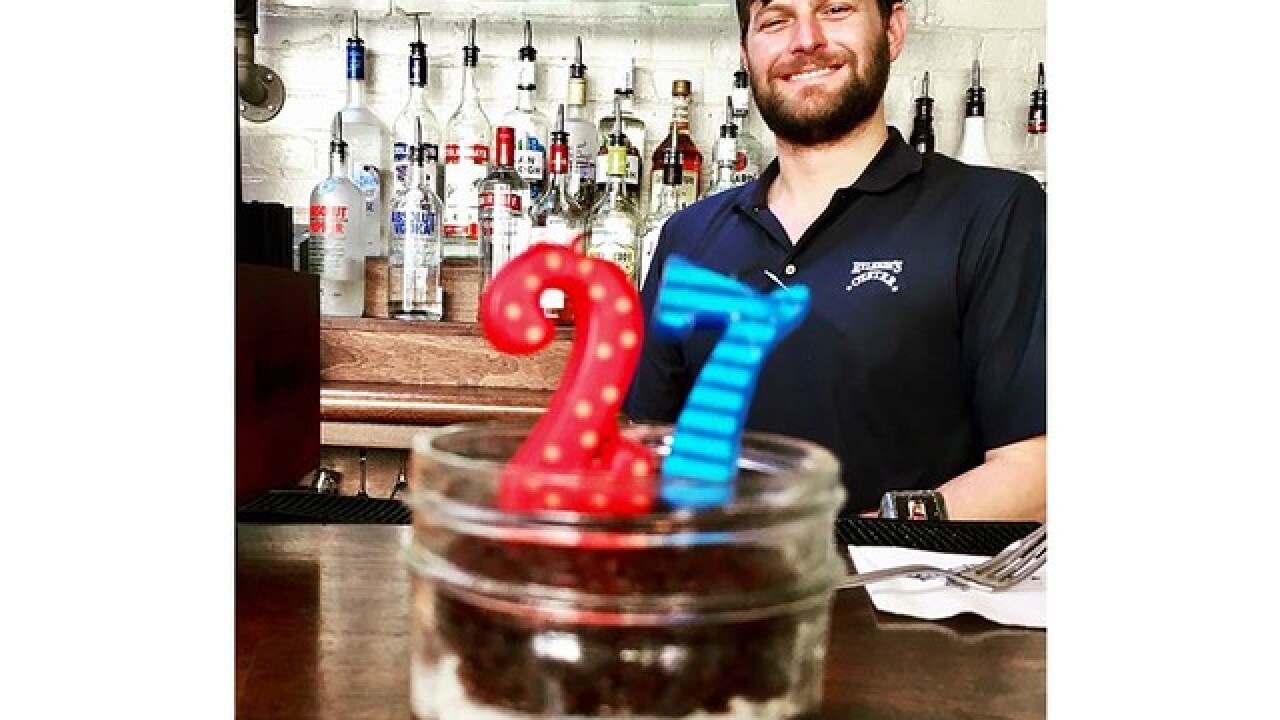 TOWSON — As day 16 of the murder trial for Malik Mungo gets underway, the jury continues deliberations for 19 charges that he faces in the death of popular Canton bartender Sebastian Dvorak two years ago. Coming to a unanimous verdict has proved a difficult task as deliberations stretch into day four.

Thursday afternoon, the jury asked for hours and hours of audio recordings of Mungo's calls from jail that were entered into evidence but not played during trial.

In the courtroom all day, all week, all trial long: Sebastian Dvorak’s parents, who are hoping to get justice for their son.

“It’s been excruciating and so I’d be lying if I said I’m not a little bit frustrated at this moment,” said Sebastian’s father David Dvorak Wednesday evening.

Wednesday, the jury wrote to the judge that they couldn’t come to a unanimous verdict on 8 charges and did not believe further deliberations would help. Judge Nancy Purpura said she’s not inclined to give up yet and sent them back into deliberations. Later, they asked a few questions regarding accomplice liability and if actions after a crime prove guilt in that crime.

Sebass as his friends called him, was robbed and shot on Boston Street in Canton, coming home from a night out celebrating his 27th birthday.

Surveillance video shows his final moments when his path collided with a 16-year-old looking to rob someone. Malik Mungo, now 19, is the alleged gunman. According to testimony from a fellow 500-L gang member, he stepped out of his role peddling marijuana on the streets for a subset of the Bloods to go searching for some easy money with a gun in hand. Gang members claim Mungo said he shot Sebastian when he failed to comply with the robbers demands.

“The most ironic thing is Sebastian was the guy who would be the first person defending the underprivileged in the city. He was very aware of the injustice in the city that people city and that’s what makes this particularly bitter because he would have been the first guy to stand up and defend a lot of the things people scoff at about the city,” said Dvorak. “My main emotion in this entire trial is just sadness, not just for us and for my son but for everyone involved including Malik’s family.”

Mungo faces 19 charges related to first degree murder, drugs, gang activity, gun possession and robbery. Mungo’s defense said he wasn’t involved in the robbery or Dvorak’s murder but that Mungo admitted to several of the charges having do to with drugs and handgun violations.

“There were other charges with little proof. I think the jury is probably hung up on the major charges in the case. By their questions, it also seems that’s where their issues are, with the major charges of the case,” said Mungo’s attorney Mark Van Bavel.

As for Sebastian’s parents, the jury’s questions are making them very nervous and they can’t imagine going through this whole process again if the jury can’t reach a decision.

“I still have hope that the jury will come to some verdict in this case. From the evidence I saw over the last three weeks, I think there’s very little doubt in my mind that the defendant at least participated in the murder of my son,” said Dvorak.

The jury started deliberating Thursday at 9:30 a.m. WMAR-2 News reporter Abby Isaacs is at the Baltimore County Circuit Court and will continue to update this story.