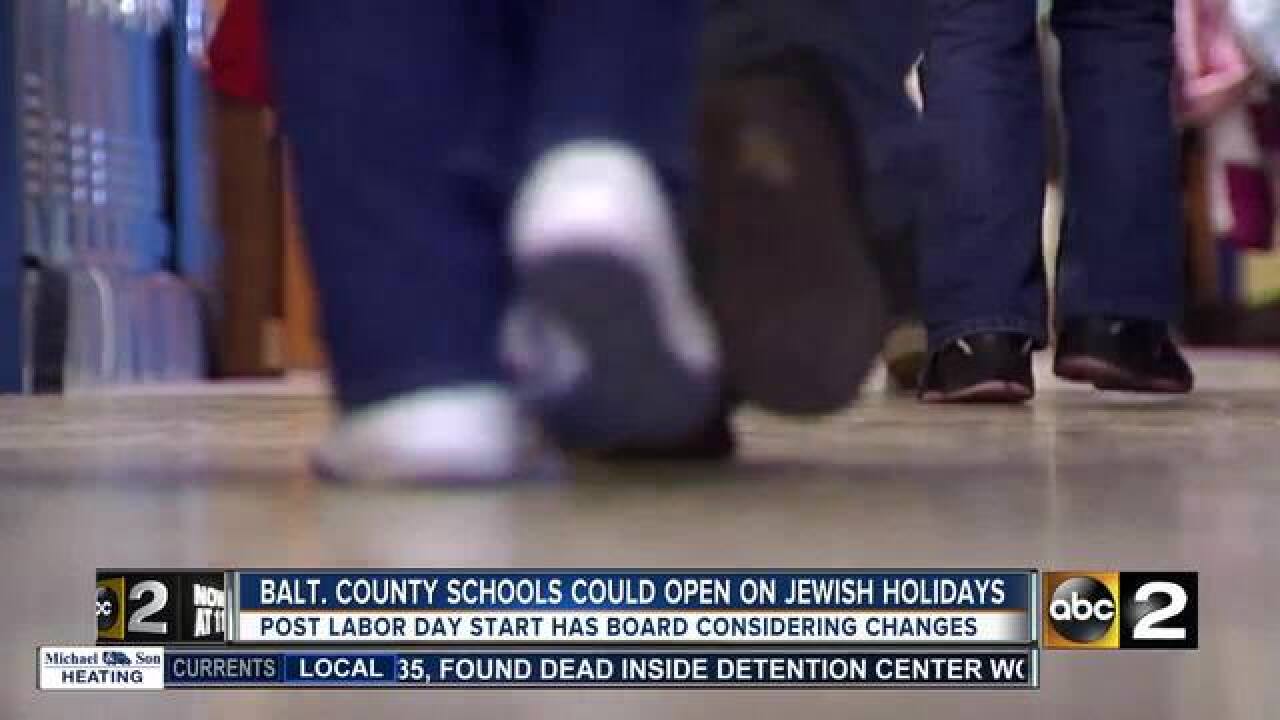 Next year, Baltimore County students could have class on two Jewish holidays.

On Tuesday, the community had a chance to weigh in on the decision.

In an effort to find enough class time under new state regulations, including starting school after Labor Day, the school board has come up with two plans. One of the options has schools open their doors on Rosh Hashanah and Yom Kippur.

Rosh Hashanah is the Jewish New Year and Yom Kippur is a day of atonement, where people fast. On both holidays Jewish people are expected to attend Synagogue.

If the school does not take off for the holidays, the school system may have to hire between 1,500 and 2,000 substitute teachers to cover absentees, according to the Baltimore Jewish Council.

"If you can find them, it's a huge cost to County taxpayers for both Jewish holidays. If you can't find them, what's the plan?" says Council Executive Director Howard Libit.

Under federal law, schools cannot close for religious reasons, but can close for possible high numbers of absent students.

"It's not holidays that are important because were not allowed to close schools for religious reasons," says Board of Education President Edward Gilliss. "It's secular reasons. That there would be so many teachers that are absent, and so many students that would be absent, that it will negatively impact education at Baltimore County Schools."

If students and teachers were to go to school on the Jewish holidays, there would be 185 days of school and they would get an extra day for spring break and for bad weather.

Amelia Chassé, a spokeswoman for the Governor's Office released this statement on this issue:

"It is outrageous that Baltimore County officials are threatening Jewish holidays when they can find time to close schools for a teacher union convention on the beaches of Ocean City. Most jurisdictions have managed to adopt a common sense calendar that prioritizes what students and families want, and Baltimore County could easily do the same.

"Quite frankly, all you're doing is having a lot of kids and teachers make up a lot of work," Zirkin said.

Meanwhile, members of the County's Muslim community have been pushing to have just one of their holidays recognized by schools.

Bash Pharoan says the County's Muslim population has been underestimated.

A vote on next year's calendar is expected at the Board meeting on October 24th.

If you want to take a look at the calendar click here.