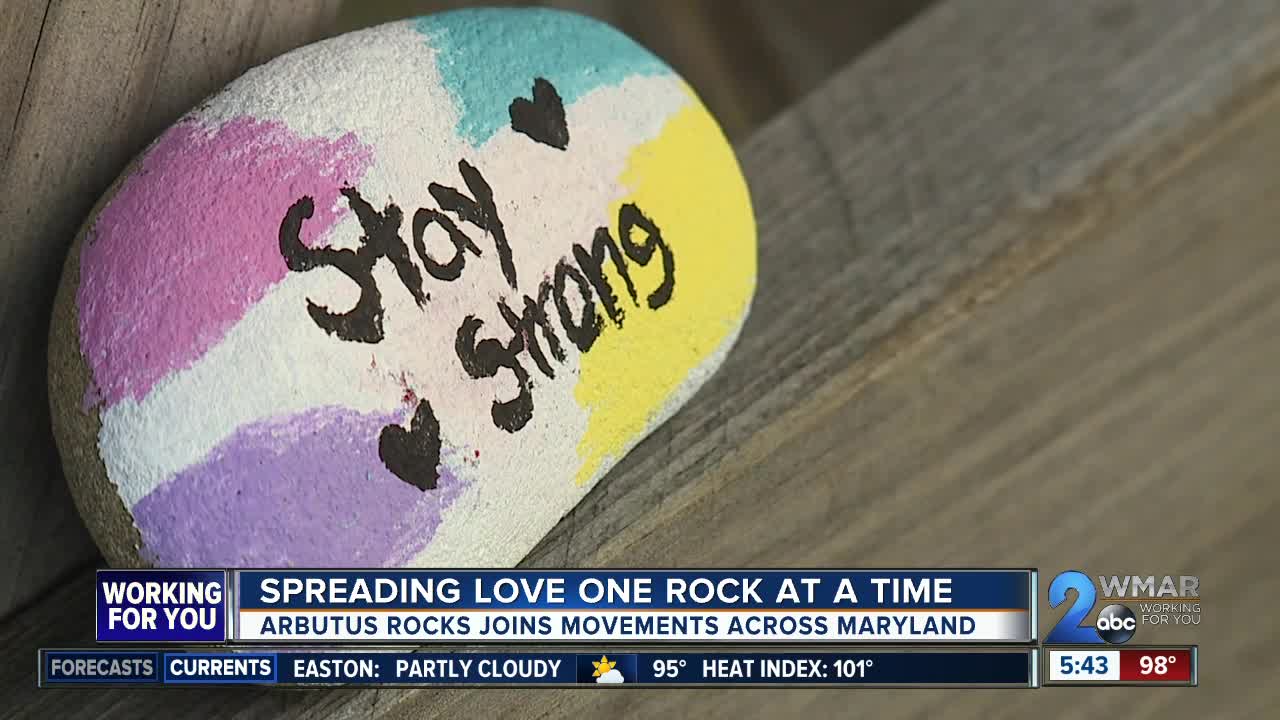 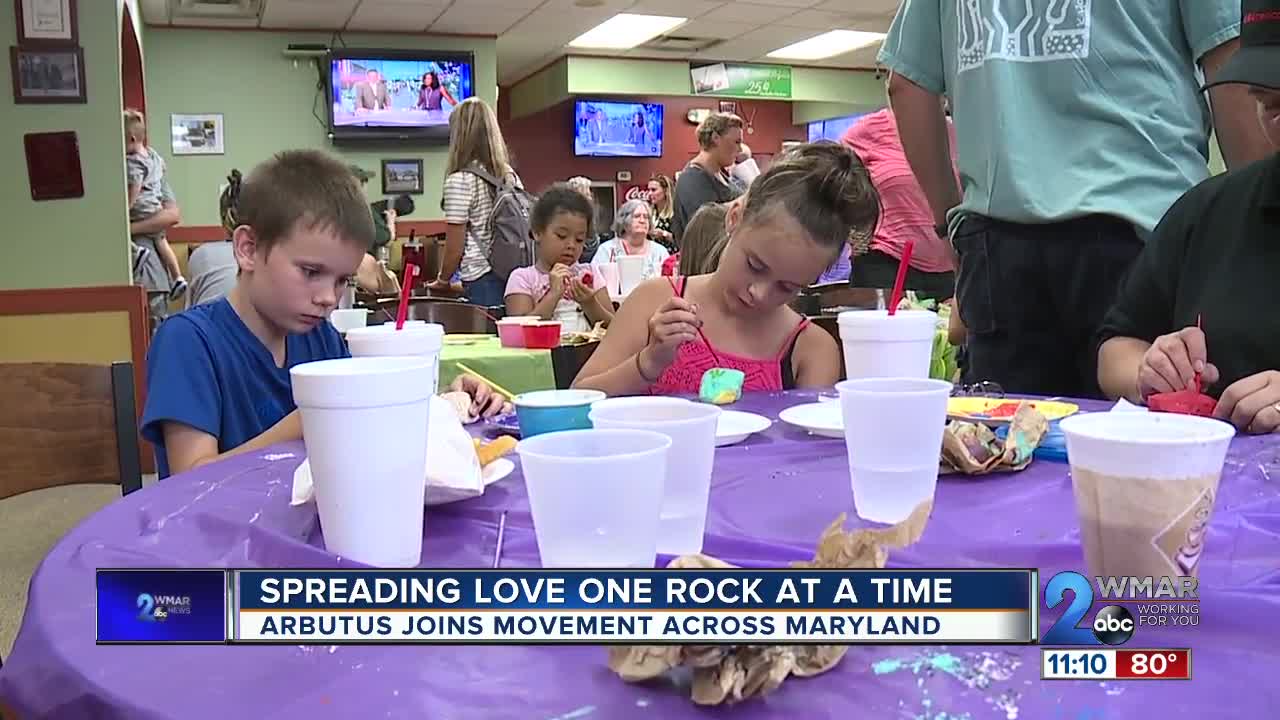 ARBUTUS, Md — It's the story of how one rock changed an entire community.

"I found a painted rock up against a tree and all day long I was thinking about it. It just made me happy," said Dana Craig.

It was the picture of a girl and Craig could tell it was painted by a child. Written on the back, 'Anne Arundel County Rocks' Facebook Page. From there, she found the little girl who painted it.

"It was called her mommy rock. It was a picture of her mom," said Craig.

That touched Craig and she thought, why not bring this positive movement to Arbutus? So she painted her first rock and knew she struck gold.

"I had drawn five different things on this rock and it just didn’t work out so I just said you know what I’m gonna say, 'It’s okay to start over' and that’ll be it. I dropped the rock and it just so happened that a friend of mine found it and called me and said, 'Dana, I found this rock' and she didn’t know that I painted it and she said, 'I needed that today because I’m in between jobs and I was nervous about leaving,' her friend said. "But finding this rock made me feel like it’s going to be okay and it’s okay to start over and I’m going to."

Two months later and 'Arbutus Rocks' is the talk of the town, with over 3,000 followers on Facebook and hundreds of posts a day.

"They better get some more rocks somewhere around here because we went everywhere," said Patsy Plowman, community member and business manager of Sorrento of Arbutus.

"Everywhere is sold out of rocks, paint and brushes," said Craig.

People of all ages have gotten on board, painting, hiding and searching for rocks.

"When I saw four generations of people going out there together, families, husbands and wives and children, grandparents; it was just so very exciting to me just to see the positive movement that started," said Plowman.

"I just think it’s something fun to do for everybody," said 16-year-old Kaiya Collazo who painted a few rocks.

"There’s a lot of negative stuff going on around us and close to where we live so it’s very positive to have an activity to do all together to enjoy and share together," said 15-year-old Felicity Montgomery, who painted a rock with friends.

People are so into it, Plowman said, that they are out until 2 o'clock in the morning with flashlights, which is good on multiple levels.

Craig hopes to keep it going for as long as possible. She has teamed up with Plowman at Sorrento of Arbutus for a free paint night Monday night so everyone can continue spreading the love.

"What it means to people deep down inside is just amazing to me," said Plowman.

Craig is hosting another free paint night on September 8 at the Arbutus Town Hall. The movement has also spread to other towns, like Elkridge and Sandtown in Baltimore.