$20,000 reward for information in deadly Towson hit and run on New Year's Eve 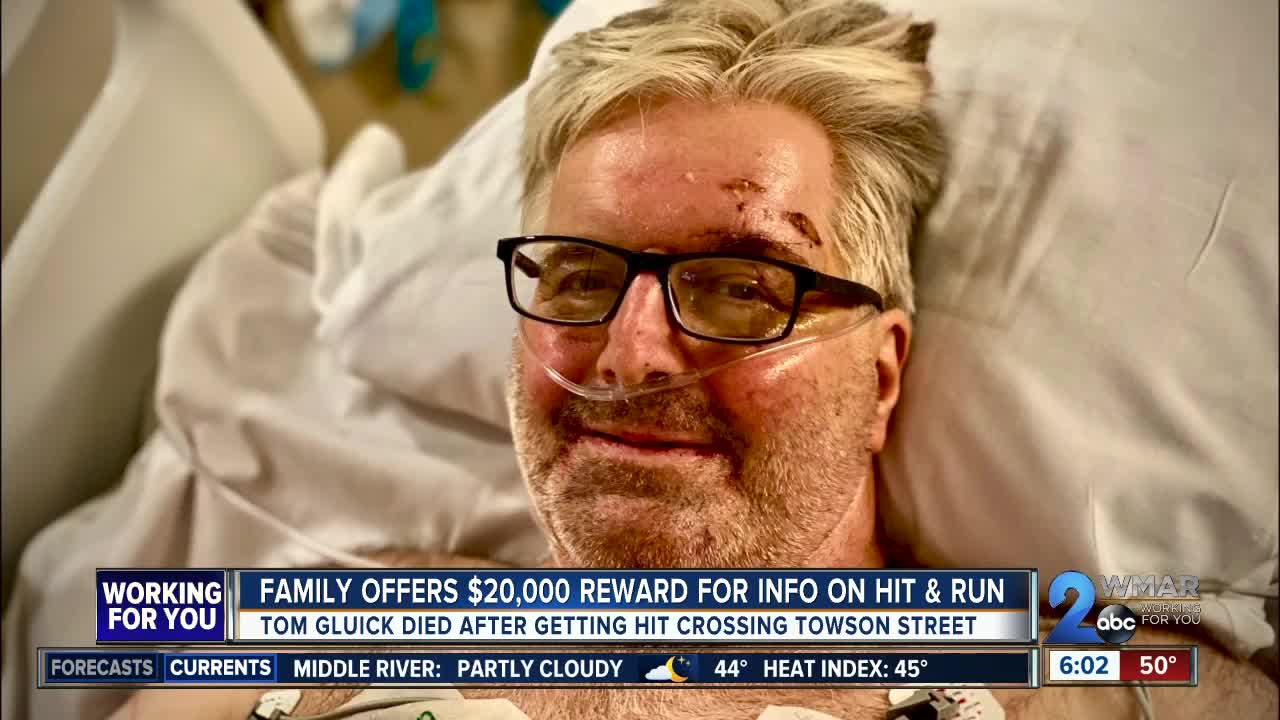 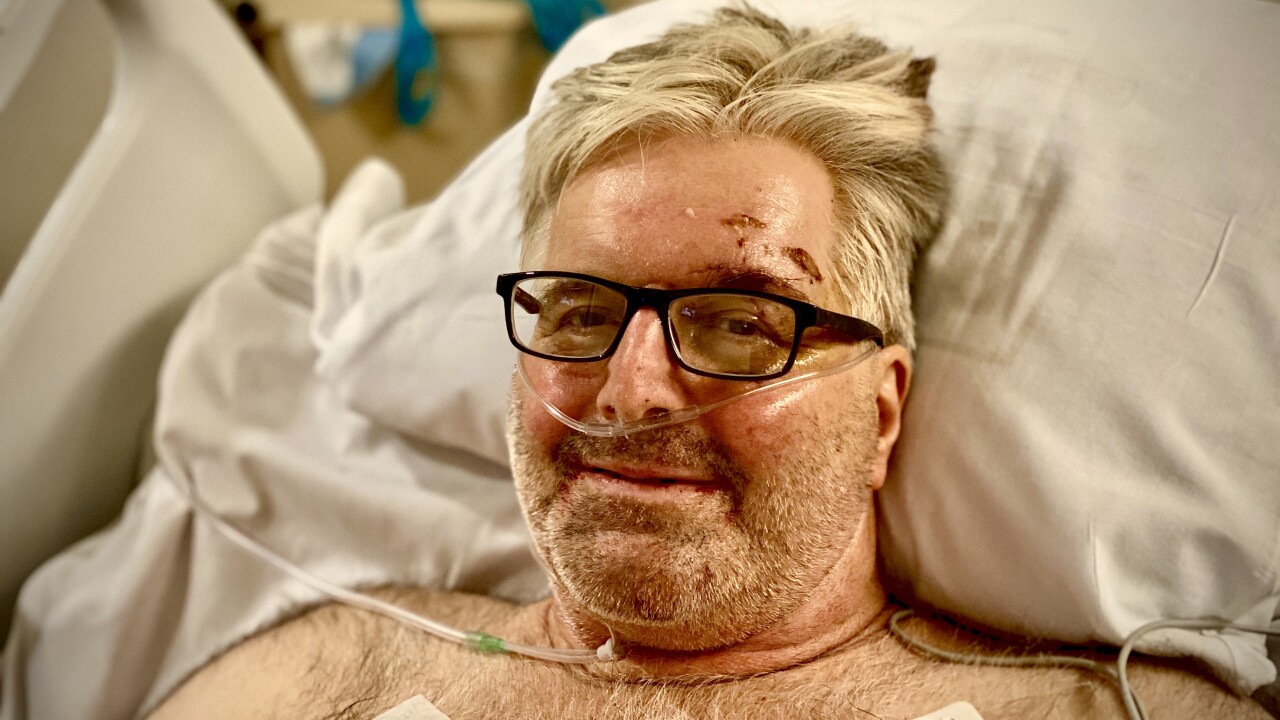 She was getting ready to head from New York to Baltimore to visit her brother Tom on Sunday when she got the call: that the man who fought so hard to recover had died.

“He was the rock and now that rock is not here anymore and it’s something that will be a hole forever,” said Gluick.

Tom had been at Shock Trauma since New Year’s Eve. The 62-year-old college professor was hit crossing the street in Towson and had eight broken ribs, multiple facial fractures and a broken arm and leg. But his family said he beat the odds. He went through several major surgeries and was making good progress.

“We had real high hopes that he was going to make it,” said Gluick.

His ex-wife Sheila Garrity last saw him on Saturday, when she had special glasses made for him.

“He could see. A friend and I washed his hair, gave him a foot rub and he was in good spirits,” said Garrity.

She said the two, who had been married for 25 years, even worked together to choose a rehabilitation facility where he would have gone Monday or Tuesday. She never imagined that they would instead be planning his funeral. She believes he died from a blood clot in his lung, but an autopsy report is expected in a week.

“To go from the joy of knowing that he was going to be okay to where I am today, knowing that I'm never going to see him again, is really hard to wrap my head around,” said Garrity.

With the pain comes a search for answers. Their focus now is finding the driver who hit him and took off.

“The accident should have never occurred, and we need some leads on it so that this doesn't happen to someone else,” said Gluick. “This should not happen again to anybody, let alone our brother who we dearly loved and was a beautiful human being.”

Baltimore County Police believe the suspect was driving a dark-colored 2013 or newer model Dodge Ram. Tom’s family is offering a $20,000 reward for information that leads to an arrest and conviction. Witnesses told family they saw the suspect driving erratically and wish they took down his license plate information.

“She said, ‘He would be in front of me and then behind me,’ and when she went to turn left at the intersection, he pulled around her and hit Tom and that's when it happened and she said it was so fast,” said Garrity.

He was on his way home to Atlanta from visiting family in New York when he stopped in Towson for Chinese food and was hit.

“How can someone live with this for the rest of their life? I do not understand. They didn't care. We want our brother alive but he's not and I will never share another moment with my brother. We will only all have his memories,” said Gluick.

Memories of him as a kind, loving and brilliant man.

“He was really into his education and sharing his knowledge with everybody,” said Gluick.

He was an assistant professor at Georgia Gwinnett College. Before that, he worked at UMBC and was a research scientist at Johns Hopkins. He lived in Baltimore for eight years before moving to D.C. and then Atlanta.

Garrity remembers his love of cooking and ability to turn people’s names into a fun song. His ability to make others feel loved and important. And she’s grateful that for his last two weeks, he was able to feel it in return.

“I know for a fact that Tom knew he was loved,” said Garrity. “He was not alone. Whenever there was visiting hours, I was there or one of my friends or Tom’s friends was there and I think that he knew that.”

She started a GoFundMe to pay for Tom’s recovery and she is now trying to figure out what that money will go towards, whether it’s a funeral, his medical bills or possibly be refunded.

“I want to express my extreme gratitude to the people of Baltimore. Those people that were with Tom when it happened, the Shock Trauma caring staff, all his friends, we couldn’t have done it without you,” said Garrity.

If you have information about the crash or the driver, call Officer Weber with the Baltimore County Crash Team at 410-887-5398.