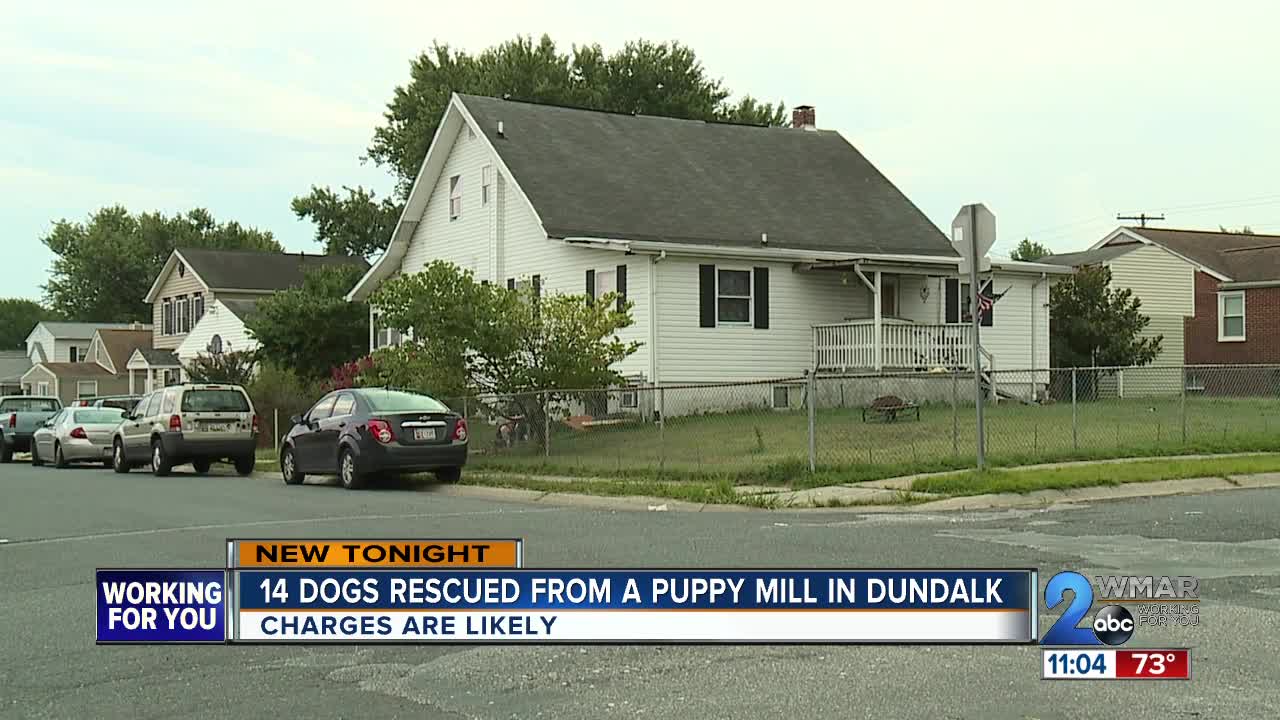 It happened in the 2600 block of McComas Avenue, at the site of where an unlicensed, for-profit breeder had allegedly been operating. According to officials, the area doesn't allow for commercial kennels.

It happened at a home in the 2600 block of McComas Avenue, where an unlicensed, for-profit breeder had allegedly been operating. The area reportedly doesn't allow for commercial kennels.

The County discovered the operation after receiving a complaint from a citizen who expressed concern about the condition of the property and unhealthy appearance of the dogs.

On Wednesday an administrative warrant was served at the residence. Four dogs were found inside, along with 10 others at an off-site location.

The 14 animals recovered including three Shih Tzu's, six Bichon's, and a Yorkie. They were taken to the Baltimore County Animal Shelter for evaluation and treatment. Their condition is unclear at this point.

Officials said they've been in contact with the Baltimore County Police and State's Attorney's Office and that charges are likely.