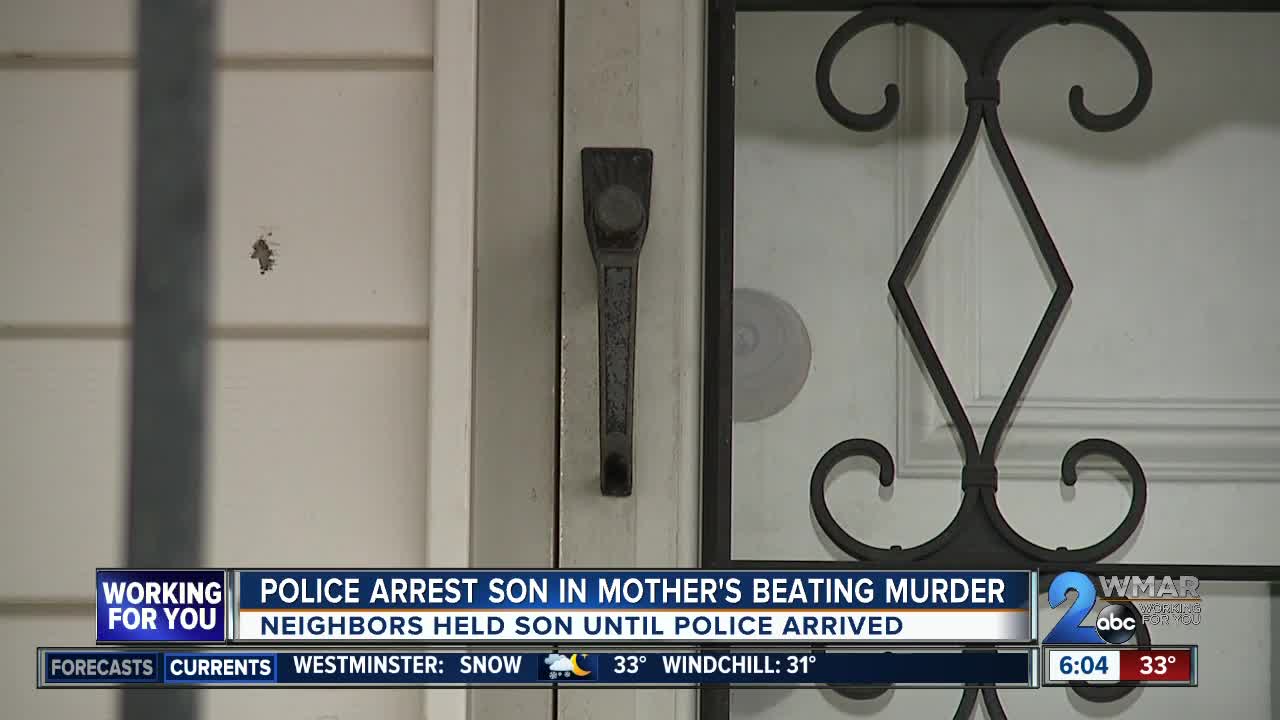 A 59-year-old mother is dead after her son allegedly beat her inside her North Baltimore home.

BALTIMORE (WMAR) — A 59-year-old mother is dead after her son allegedly beat her inside her North Baltimore home.

Police were called to the 800 block of Wilbert Avenue at around 5 p.m.

One of those neighbors tells WMAR-2 News that he ran to the location and subdued the son, after hearing him yelling outside.

Neighbors told police the son was speaking out of sorts but heard him say that he'd hurt his mother.

Police went inside the home and found Candice Price-Barnes suffering from massive trauma to her head.

The son was taken to a hospital for a psychiatric evaluation. Meanwhile, detectives obtained a warrant for his arrest charging him with his mother's murder. The warrant however will not be officially served until he's discharged from the hospital. Until then police are not releasing his name.