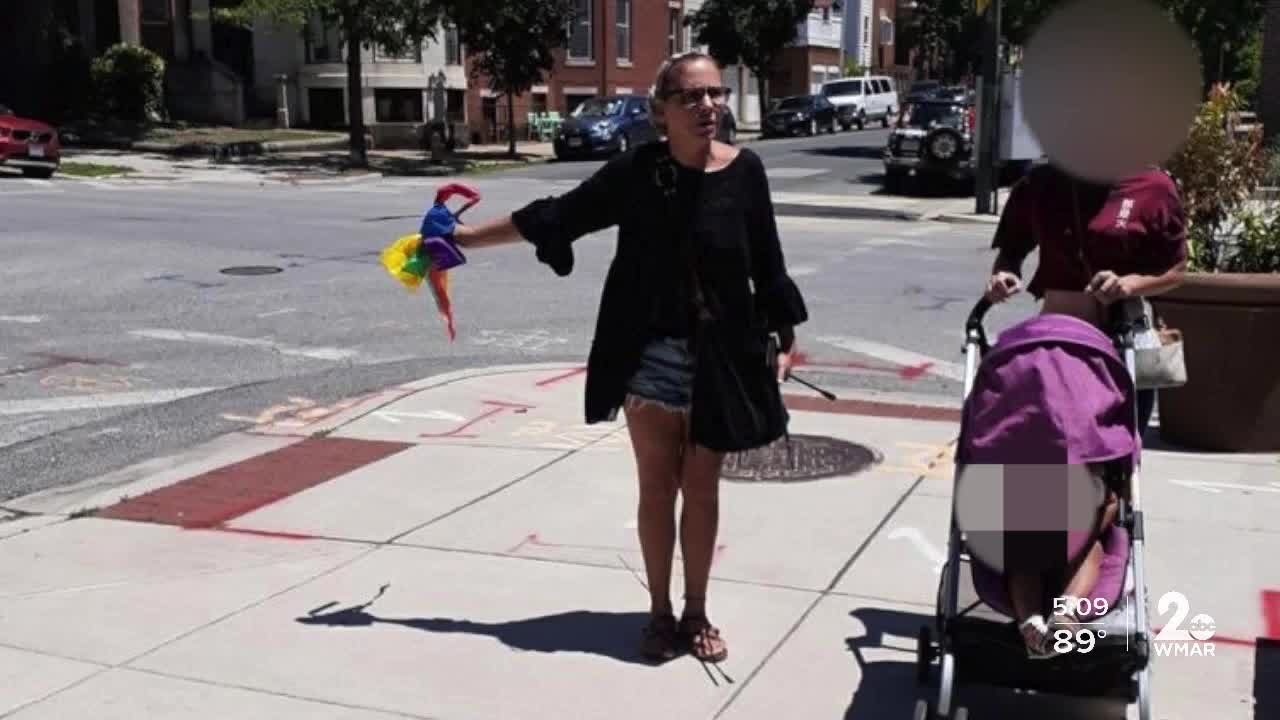 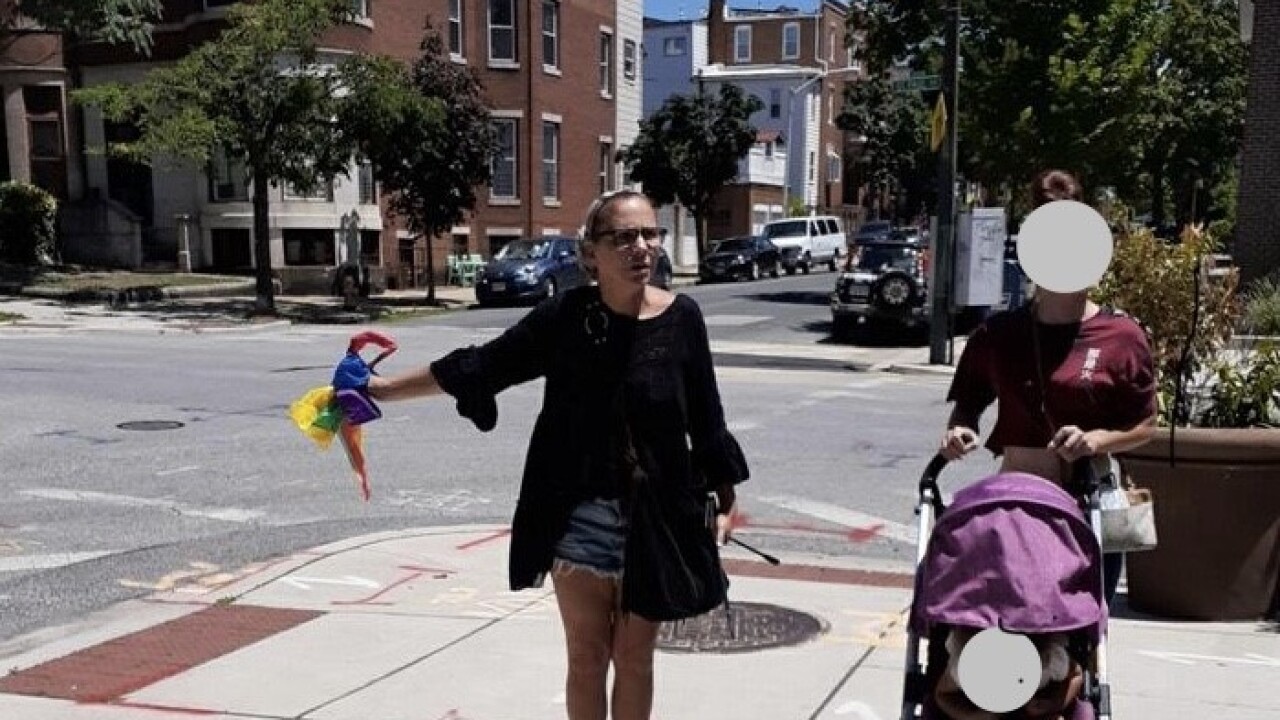 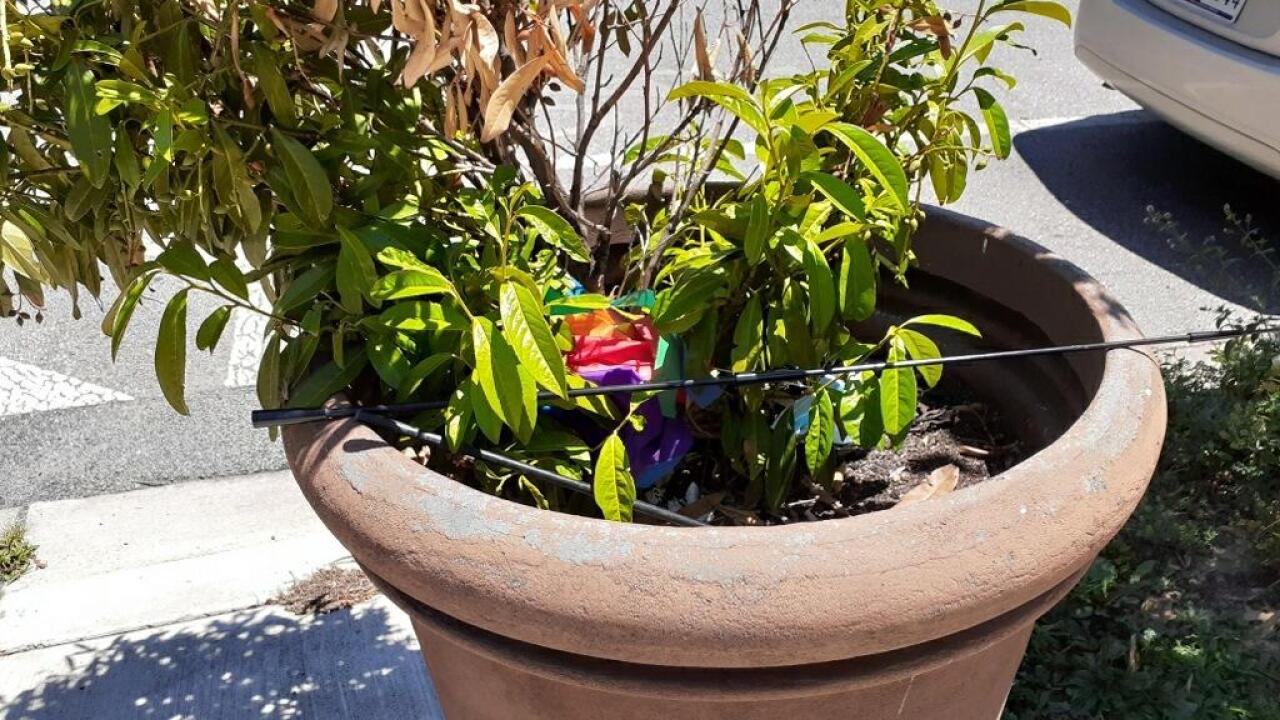 BALTIMORE — A woman and her associate photographed on St. Paul Street outside St. John's United Methodist Church have been put on alert, this after one of them pulled a gay pride flag from the property.

"When you go to and tear up somebody else’s property that’s not okay," said Lindsay Harbin.

Harbin lives across the street from the church. She said she was outside when she heard the woman making a commotion and carrying the crumpled up flag.

"She was carrying on about inappropriate things relating to gays," said Harbin. "I originally intended to get video of her but instead I realized I took a picture instead. I was angry about the whole thing."

Habin who's been out of work because of COVID-19 said in the past she would have turned a blind eye to the incident. but because of news coverage and people doing insensitive things, she decided to act.

The reaction on Facebook was mostly positive, with people calling out the woman's actions. Religion was not brought. The main focus was on the destruction of property.

"This is awful," said Sarah Khan. "Thank you for sharing + making this post to let the community know. If someone associated with church leadership wants to start a GoFundMe to buy more rainbow flags, BLM signs, etc - I'd be happy to contribute."

WMAR-2 News reached out to St. John's United Methodist Church regarding the destruction of property but we did not hear back.

As for the broken pride flag it's back up. Laney Tritapoe saw the post and drove over to fix the flag.

As for the unidentified woman photographed, a friend of hers told WMAR what their friend did was wrong. We asked if we could speak to the woman directly but the individual didn't feel comfortable sharing the woman's name or contact info.