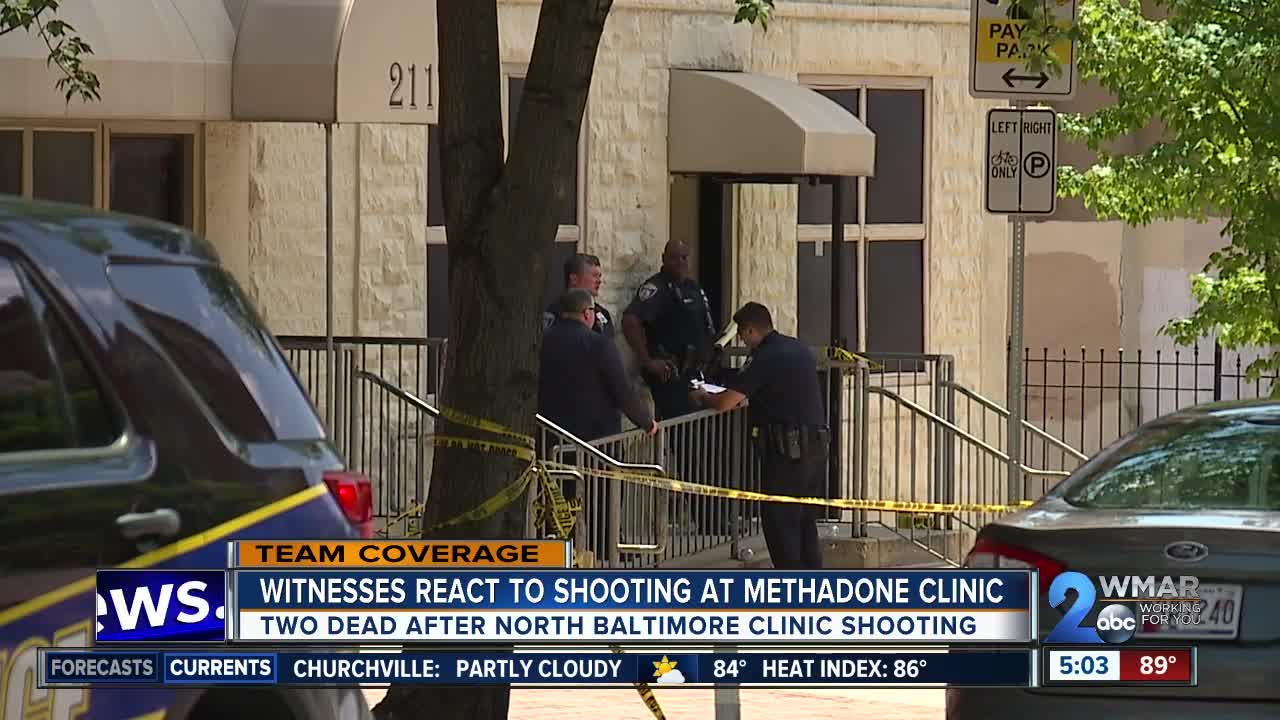 Witnesses react to a shooting that took place Monday at a methadone clinic and left two people dead.

BALTIMORE — Witnesses say dozens of people were either inside or right outside the methadone clinic in North Baltimore when the gunman began shooting.

A few blocks around the "Man Alive" clinic was blocked off for most of the morning as detectives and homicide investigators popped in and out of the clinic and the surrounding area, assessing how and why the shooting happened.

For some who were there, the chaos was too close to home.

Crime tape zigged and zagged in and around Maryland Avenue, cordoning off the blocks leading up to the Man Alive methadone clinic.

"I don't know what he was thinking, but to go in there and come back and do something like that, it's sad...it's very sad," said Ray Hamilton, who knew people inside the clinic.

Hamilton walked up as police blocked off the intersections, one of their own shot and others wounded after a gunman opened fire. He knew people in that clinic, before getting help at the VA not too far from there, Man Alive is where he sought help.

"I know everybody that be in there because I used to be there before I went back to the VA," Hamilton said. "I was there for like seven years. I know all of them."

His worry only grew.

Hamilton, like others he knew were unsure of who was hurt and who they would never see again.

Police Commissioner Michael Harrison confirmed investigators are piecing together everyone involved and looking more into the shooter.

"We recovered what we believe to be the suspect's gun near his body and while the officers were securing the scene," said Harrison. "We found another man inside of separate room with gunshot wounds."

It's a grim reality for those who come to the clinic for help.

"Everybody in there -- I know they're beautiful people," Hamilton said. "Even the counselors, you don't have any bad counselors in there. I really wish I knew what triggered him off, but he's gone."