'We Our Us' Father’s Day caravan on Saturday 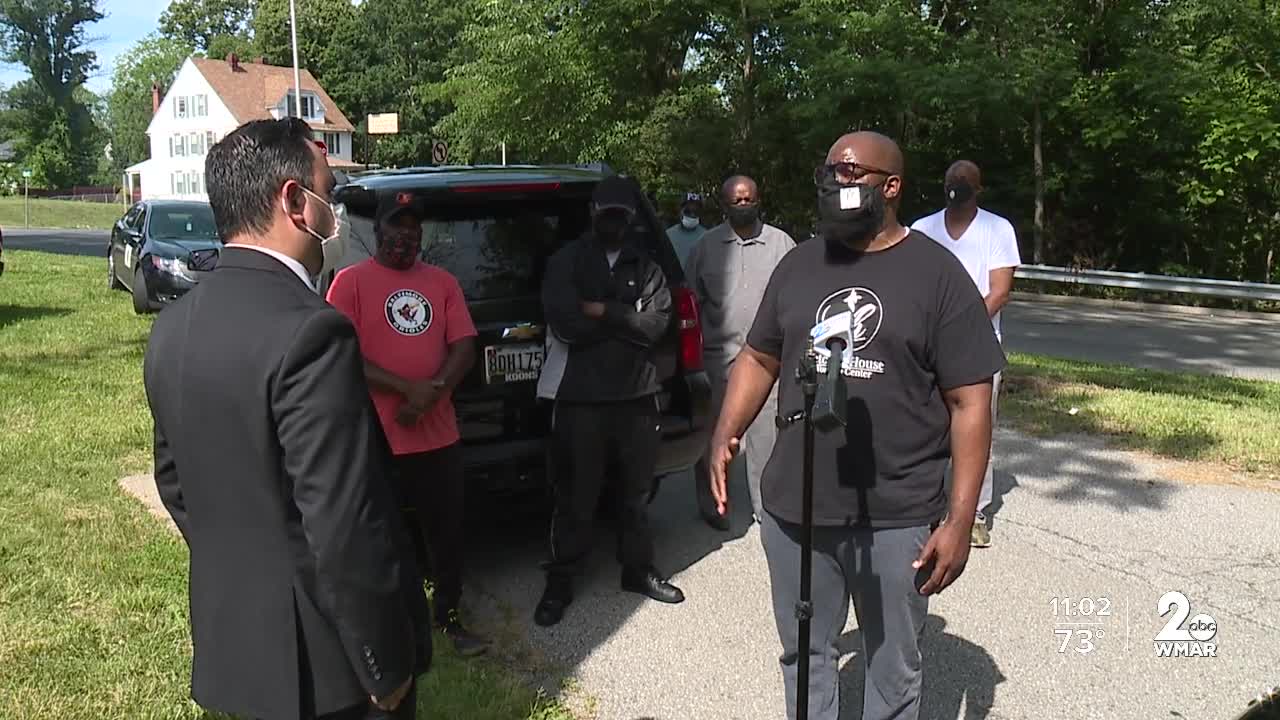 A few months ago, a movement started that had mothers screaming for joy and gave kids something to look up to. Hundreds of black men walking the streets of Baltimore together, three times a week, with a mission to help.

BALTIMORE — A few months ago, a movement started that had mothers screaming for joy and gave kids something to look up to.

Hundreds of black men walking the streets of Baltimore together, three times a week, with a mission to help.

On Thursday, some of the leaders of the "We Our Us" movement met for a practice run for the car caravan they are planning on Saturday.

The men behind the wheels are role models like Pastor Marvin McKenstry Jr.

“We all decided that taking our Saturday and giving back to our community was the way we wanted to show true fatherhood. We are the fathers of the city. We are not in the generation that normally makes that claim, but even as younger men we’re the ones that’s gathering the ones that are young enough that they are still caught up in the violence and different things that are plaguing our city.”

Dr. Andre Humphrey is the Chief of the Baltimore Trauma Response Team.

“So many of our young men been let down and disappointed, beat down, and written off,” Humphrey said. “These brothers tell you something and give you their word. Telling somebody you going to find them a job and get them a job is two different things.”

Before COVID-19 they got over 250 people jobs, helped over 50 people into drug treatment and mental health services.

“It was tangible stuff that was bringing the change we wanted to see in our city,” McKenstry Jr. said.

Before coronavirus hundreds of men took to the streets and knocked on doors offering jobs, drug treatment, conflict management.

“In your neighborhood on your block or on your strip or where you may be hustling at,” said Maurice Blanding. “We’re not afraid."

Blanding is with the National Centers on Institutions and Alternatives.

He said it’s vital to bring opportunity to peoples doorsteps because so many have lost hope or don’t know where to look.

“Resources for free vocational training in culinary arts, HVAC, auto mechanics, drone and CDLB training,” Blanding said. “If they are on SNAP, food stamps or veterans whether it be honorably discharged or dishonorably discharged. It’s a 13-15 week course and we provide them with a new career and a new chance.”

COVID-19 shutdown large gatherings so they shifted their focus to feeding thousands over the last few weeks.

They’ll trade in the steps for a car caravan celebration sandwiched between Father’s Day and Juneteenth.

“Celebrating all the fathers along the routes that we take and those that are with us,” said Pastor Antoine Burton. “We Our Us we are about making an impact in the community.”

Burton is with the Changing Lives Ministry of Baltimore.

Baltimore City Councilman Leon Pinkett is a politician in the city whose also a proud son and father.

He said when you bring men together and focus them on a particular thing there’s nothing we they can’t do.

“We can do policy in City Hall, we can champion causes in Annapolis, but if we don’t get men to help our communities rise and really take ownership for moving our city forward the things we desire in this city just won’t happen.”

We Our Us plans to hit the streets in groups of ten in ten different zones at a time, to keep going while social distancing.

That car caravan is going to start at noon Saturday at the corner of Hilton Parkway and West North Avenue.