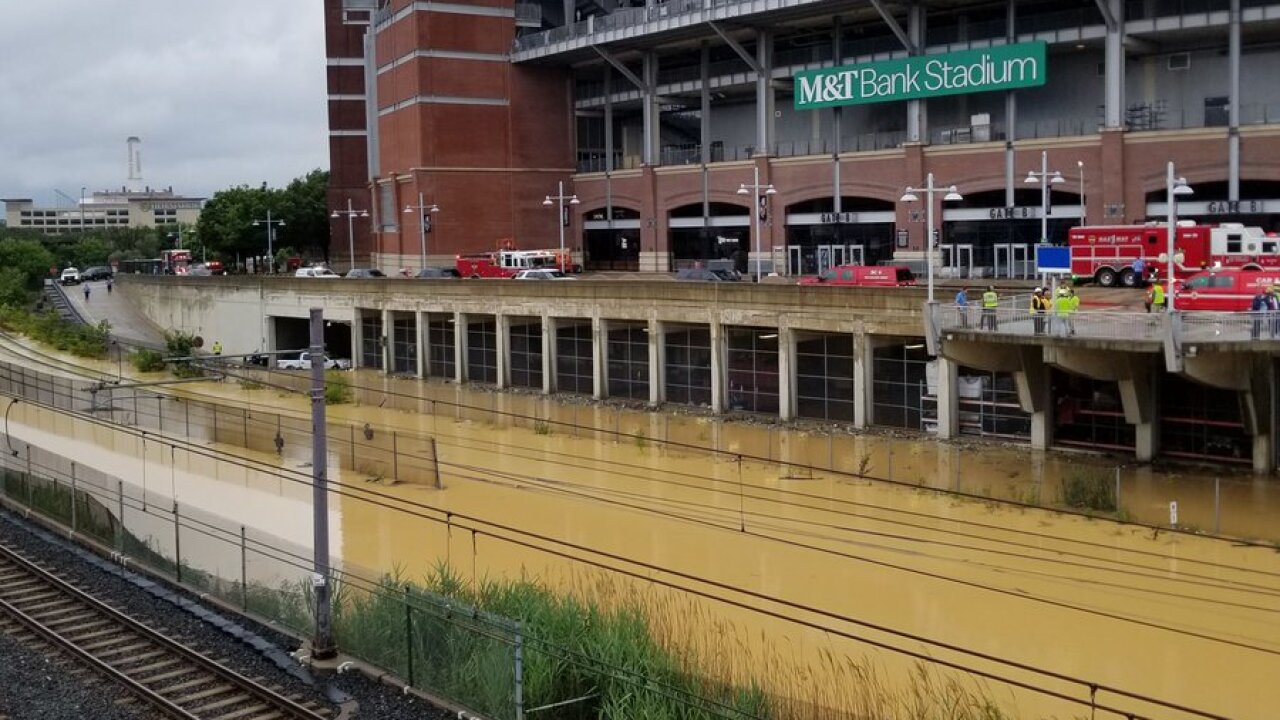 BALTIMORE — DPW crews along with Baltimore Fire, CSX officials, Stadium Authority, and Baltimore City Emergency Management Systems are at the scene of reported flooding outside of M&T Bank Stadium.

DPW says they believe the flooding is due to a water main break at Howard Street near Pratt Street. They say runoff from the break is making its way east of the stadium, which is causing flooding on the CSX tracks.

Light Rail service is still able to get through the flooding, although the tracks are underwater.