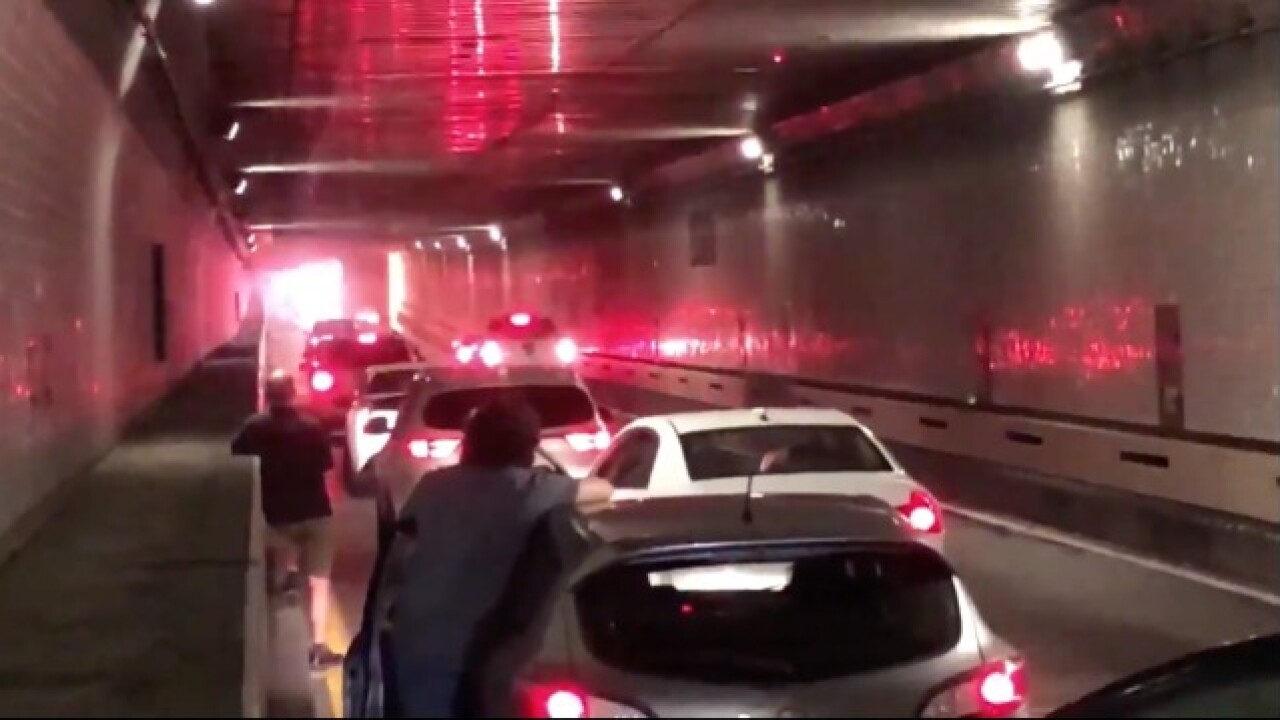 Copyright 2018 Scripps Media, Inc. All rights reserved. This material may not be published, broadcast, rewritten, or redistributed.
<p>Mike Seitz, WMAR</p>

MDTA reports that there was a vehicle fire inside the Harbor Tunnel.

WMAR-2 News Reporter Nadia Singh was in route to a story location when our crews were caught inside of the tunnel traffic caused by the car fire.

After about an hour of standstill traffic, officials say they are opening the left lane of Southbound 895 in the Harbor Tunnel. Northbound lanes are also open.

According to MDTA, the fire has been put out and no injuries have been reported. They say the tunnel can be fixed and will be open for Friday morning's commute.

We'll continue to update this story as it becomes available.