United in Song: Two school choirs come together to perform on The View 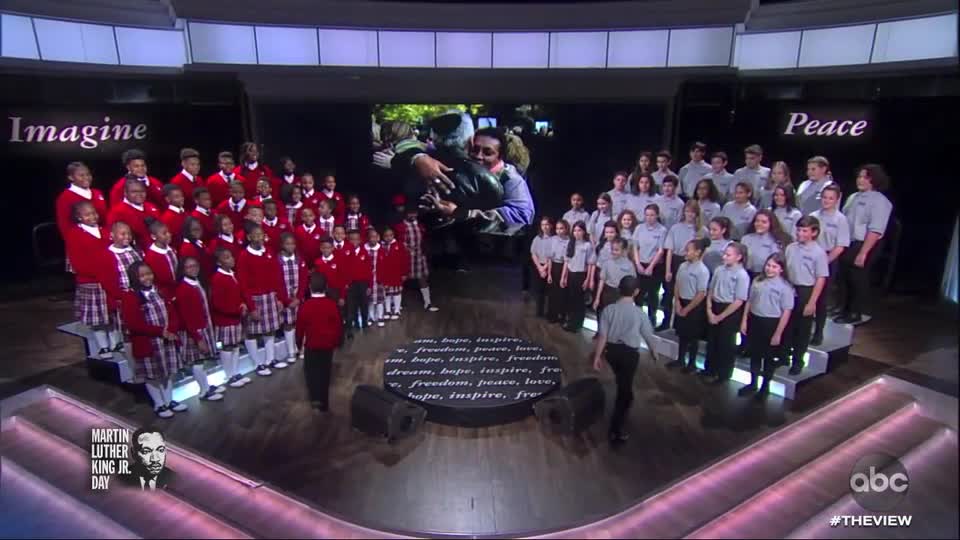 Two schools, united in song on The View 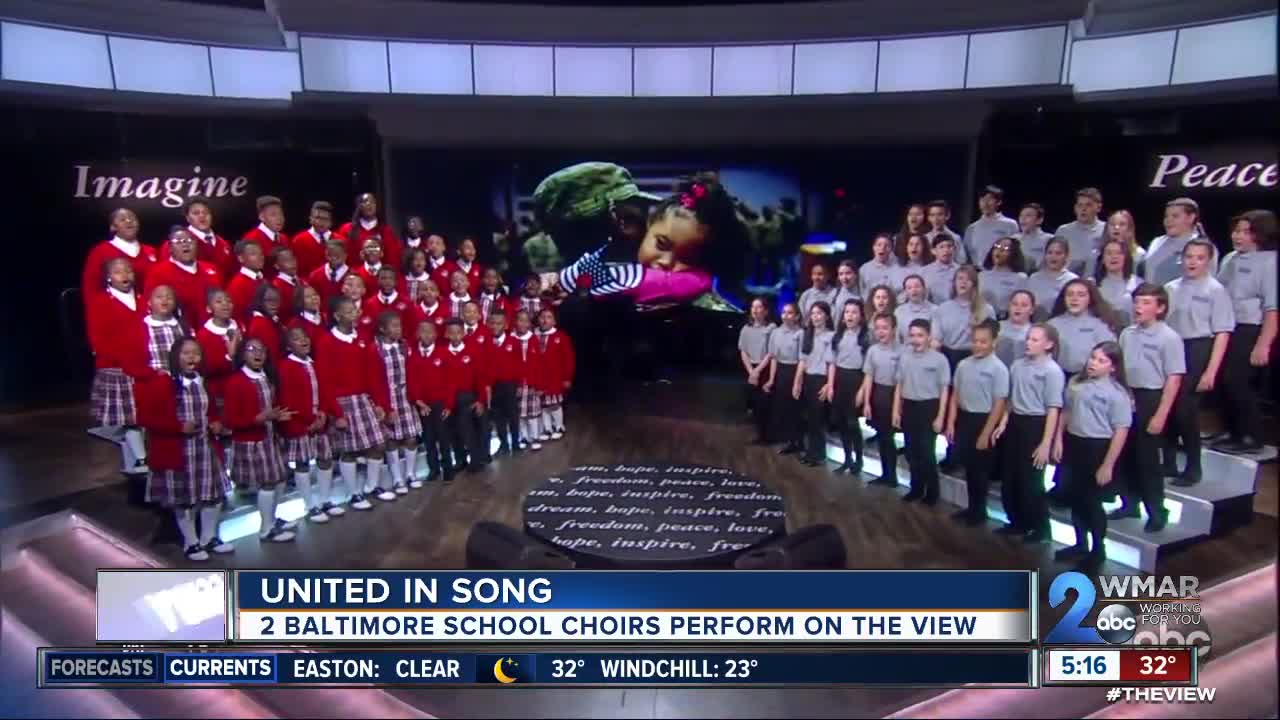 BALTIMORE — On a day when we honor the role Martin Luther King Jr. played in our history, two choirs from Baltimore, from different backgrounds came together in song on national television.

The Cardinal Shehan Catholic School of Baltimore Choir and Krieger Schechter Day School Choir appeared on The View this morning in a special MLK episode.

Cardinal Shehan is no stranger to the set, they performed for Whoopi Goldberg's birthday in 2017 and that lead to a student from Krieger Schechter Day School to bring the two choirs together.

"I wanted to do something in Baltimore where I could change people's lives using my passion for music," said Harrison Fribush. "So I came up with the idea of uniting two completely different choirs through the power of music."