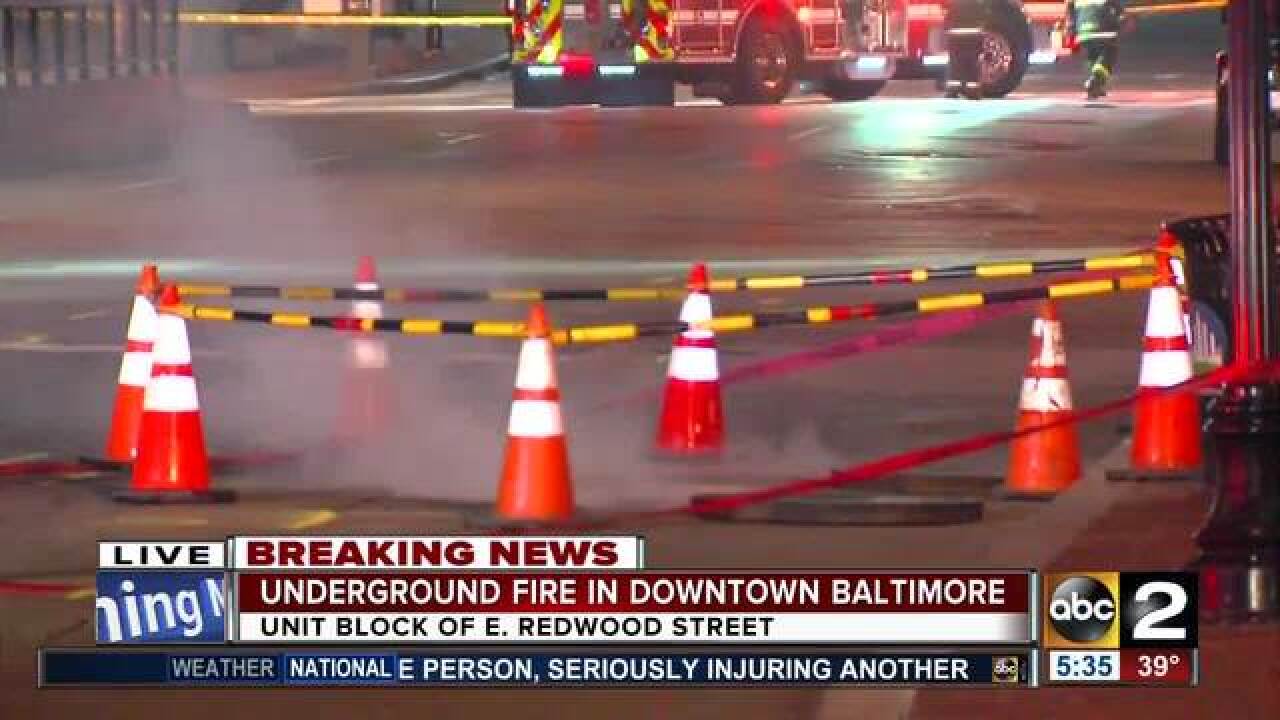 Baltimore City fire crews were at the scene of an underground electrical fire in Downtown Baltimore.

Flames and thunderous cracks flashed through a manhole on Charles Street near the intersection of Redwood St. causing the lights to flicker and the ground to shake.

Firefighters monitored all levels of the hotel with guests to ensure the levels of carbon monoxide were safe.

BGE crews shut down all lanes of Charles Street from Lombard to Redwood for several hours. They were reopened around 8:45 a.m.

BGE shut down the power leading to the vault where several wires connect, to stop make the fire manageable.

The sparks, according to Baltimore City Fire Chief John Eid, were from arching electricity jumping from one wire to another. The sparks caught insulation and other material in the underground tube on fire.

BGE is replacing the malfunctioning wire with new wire.