Around 500 people showed up to pay their respects 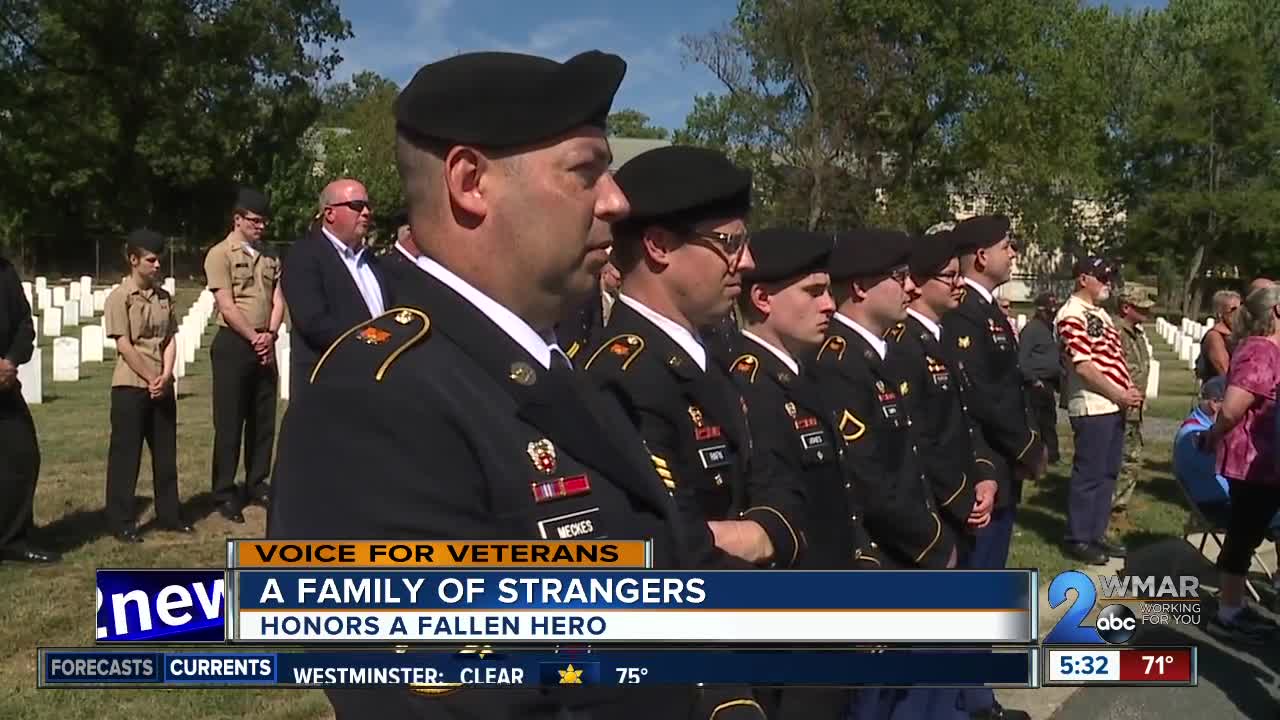 The Maryland National Guard held an unaccompanied burial for a United States Army and Vietnam War Veteran on Thursday at the Baltimore National Cemetery.

BALTIMORE — The Maryland National Guard held an unaccompanied burial for a United States Army and Vietnam War Veteran on Thursday at the Baltimore National Cemetery.

Captain Phillip Brown served in the army from June 1966 to December 1980.

As far as anyone knows, Captain Brown had no family left to attend the ceremony, making it what is called an unaccompanied burial. But, the community and Veterans showed up, nearly 500 of them, to give Captain Brown a proper military burial.

Normally during burial's such as Captain Brown's the military invites the public to attend to pay their respects.

An hour before Captain Philip Brown is buried a crowd shows up to pay respects. A hero without family finds one today. pic.twitter.com/M77fe7LaPI

The cemetery says around 500 people showed up to say goodbye to Captain Brown.