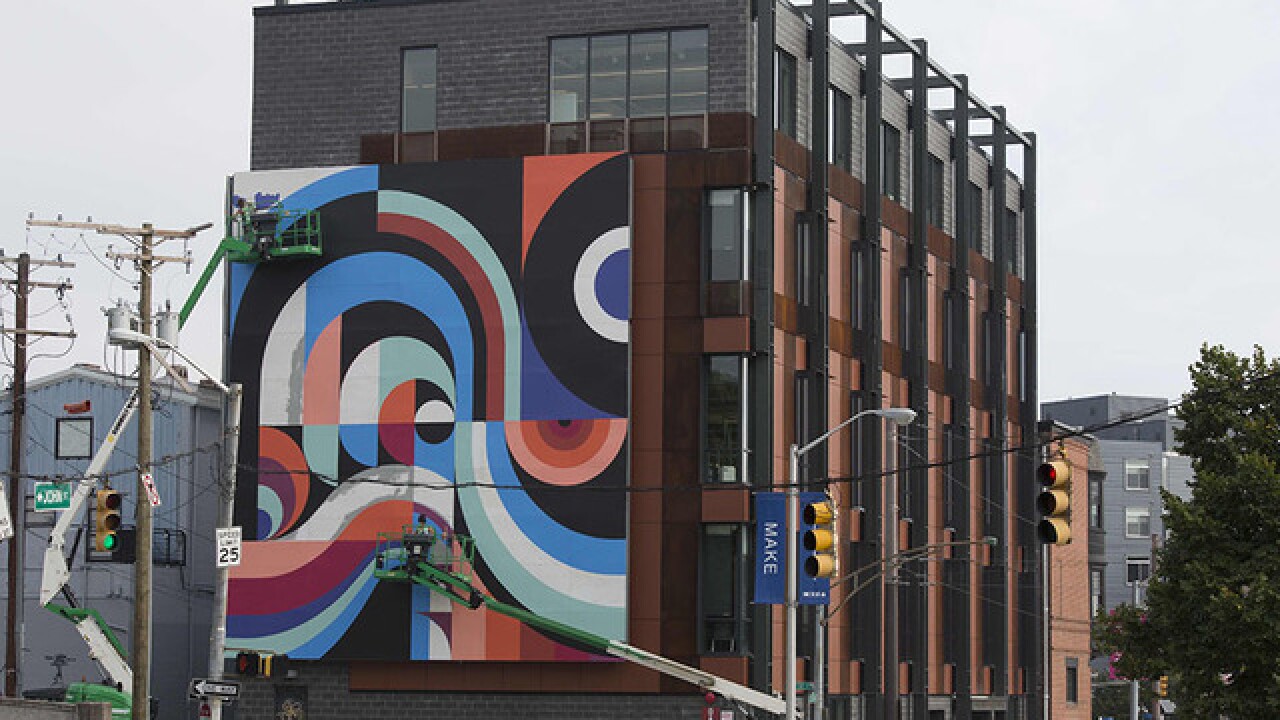 Copyright 2018 Scripps Media, Inc. All rights reserved. This material may not be published, broadcast, rewritten, or redistributed.
<p>MICA commissioned a pair of local artists to create a public mural on the side of the school's Dolphin Design Center. (Photo courtesy of MICA)</p>

Two Baltimore-based artists are collaborating on a commissioned mural that will adorn an exterior wall of the Maryland Institute College of Art's Dolphin Design Center, the school announced Wednesday.

Jessie Unterhalter and Katey Truhn met at the college in 2001, forming a bond that would blossom into a friendship and long-lasting creative partnership. They graduated MICA in 2005, with Unterhalter going back to obtain a Master of Art degree in 2009. They have teamed up to make public art in such far afield places as Rochester, N.Y. to Russia.

Their creation will occupy an exterior wall of the building at 1401 Dolphin Street. Featuring the duo's distinctive style of bold color combinations and patterns, movement and symmetry, and using recycled materials. The mural will be viewable by most people on Howard Street. The piece is supposed to be completed by the end of the week.

As part of MICA's "Thrive with Baltimore" campaign, the school is using it's visible real estate to showcase works of art meant to be shared with the community. The art screens will feature new installations every two to three years.