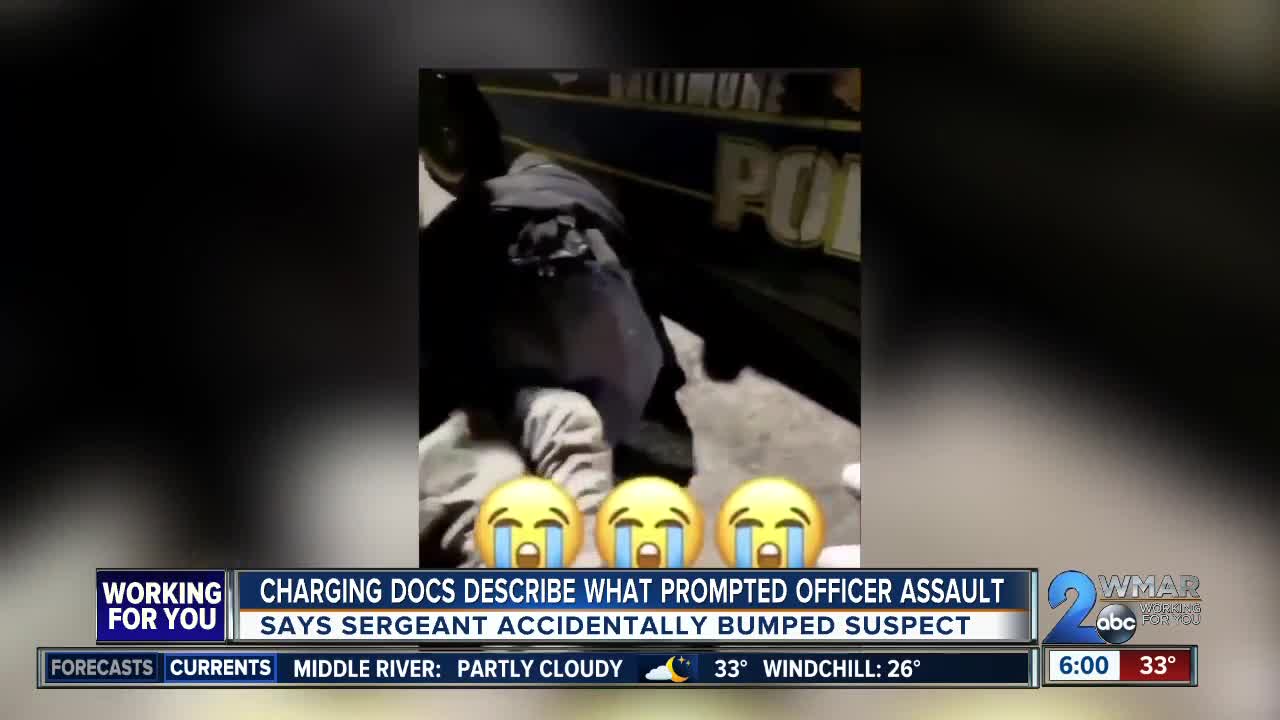 The arrests stem from a since-viral video taken Friday at around midnight in West Baltimore that shows a group kicking an officer while he tries to arrest a suspect. 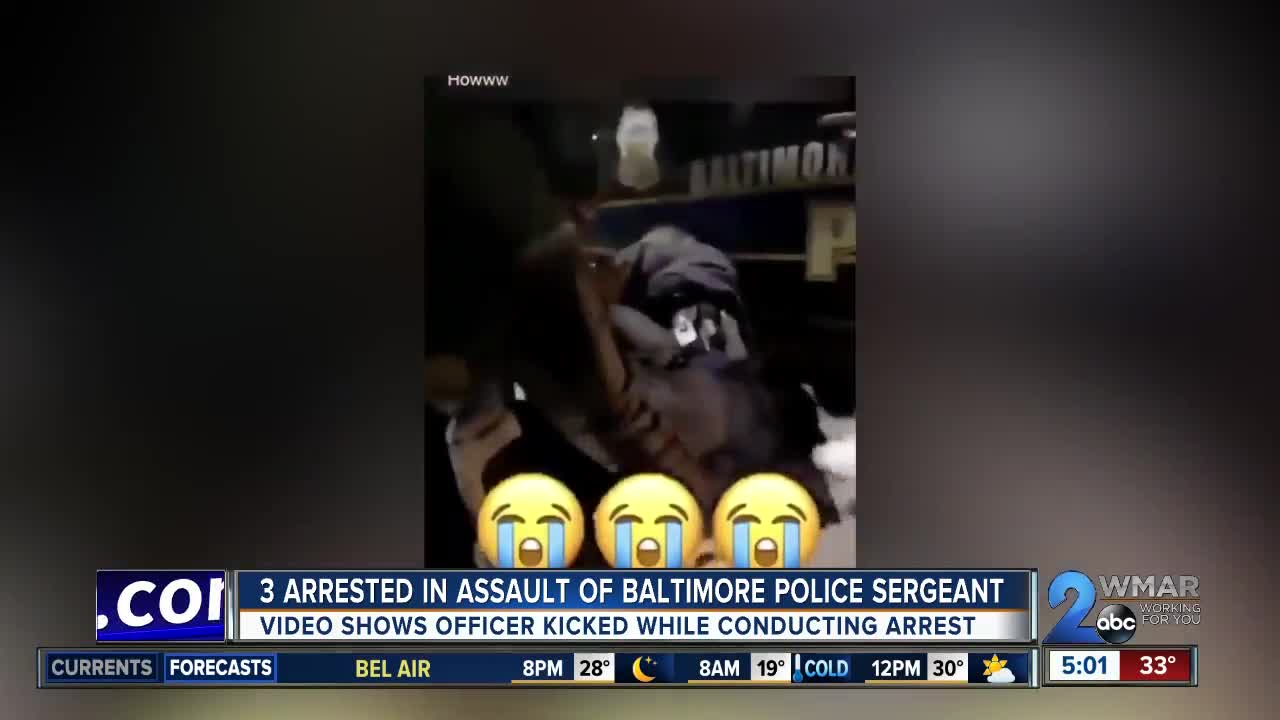 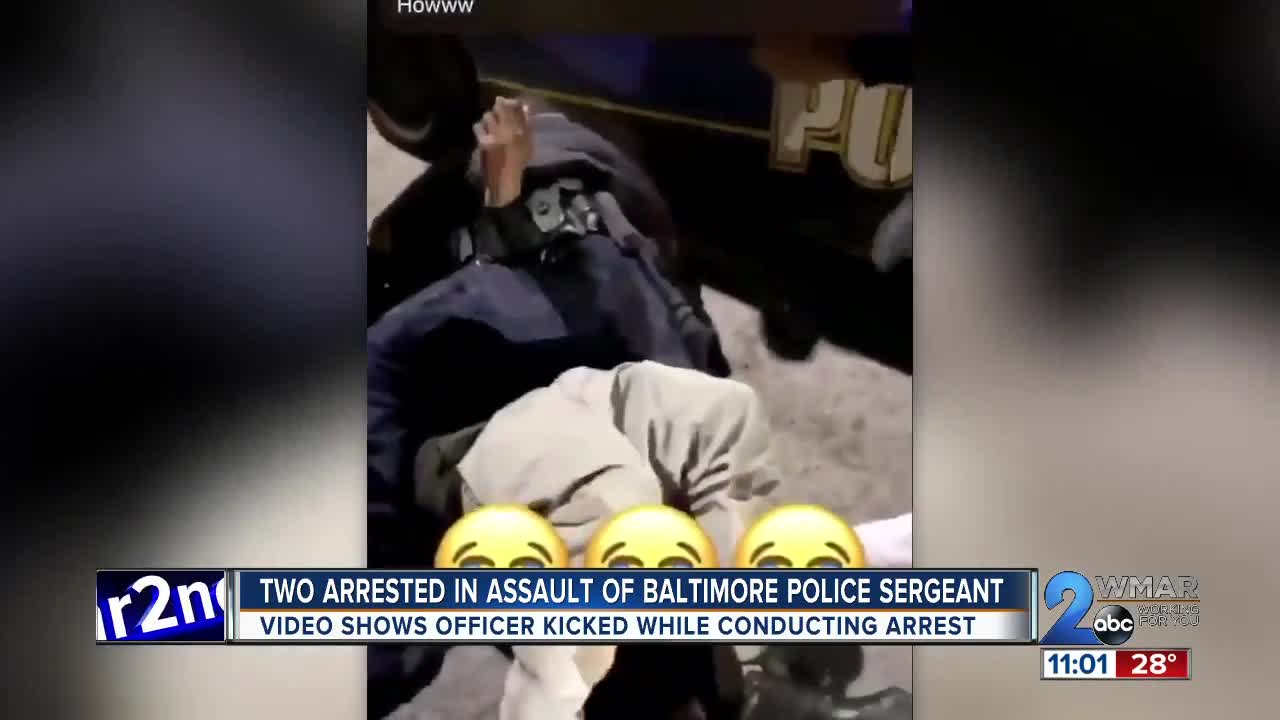 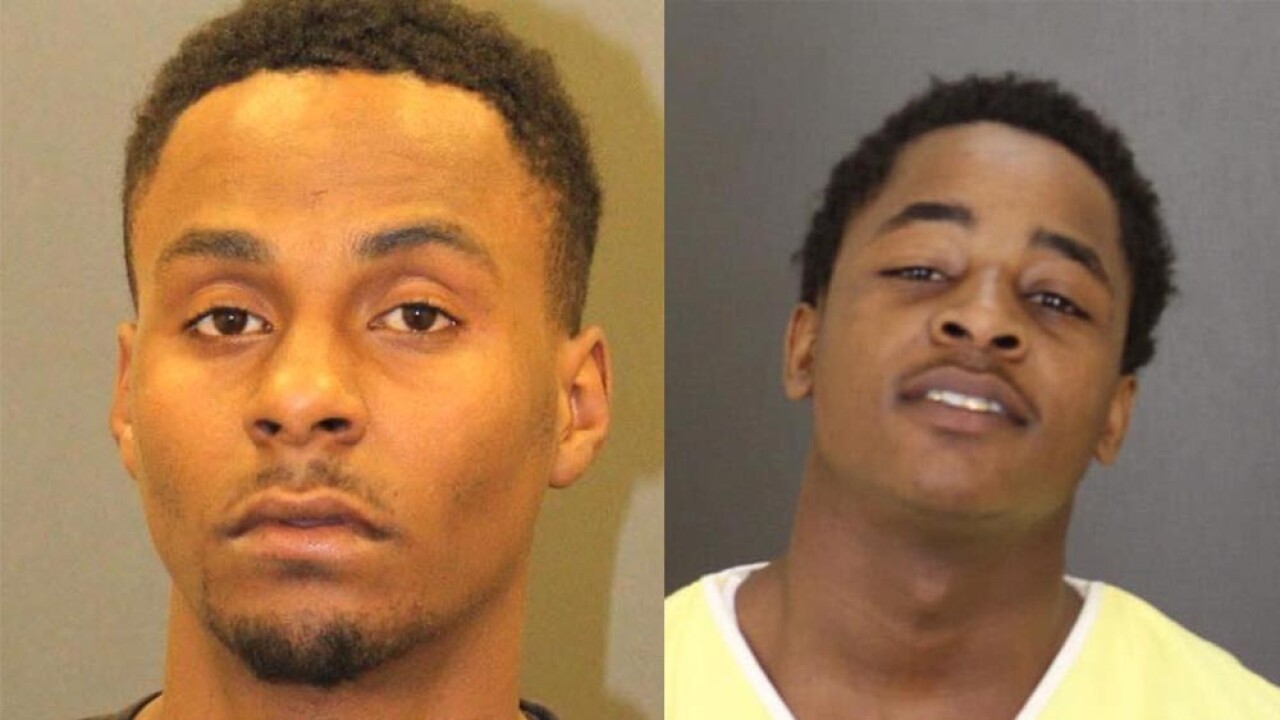 BALTIMORE — On Monday, Baltimore Police announced a third arrest in connection with an assault on a sergeant who was trying to arrest a suspect Friday night in West Baltimore.

According to the department, 23-year-old Zayne Abdullah, of Dundalk is charged with assault and resisting arrest. 20 year-old Donnell Burgess was arrested on Sunday in Windsor Mill and charged with assault on police and resisting arrest. A 17-year-old boy was also arrested and charged as a juvenile. Police are still looking for additional suspects that took part in the assault.

RELATED: Officials issue statements after video of BPD sergeant being attacked during an arrest goes viral

The arrests stem from a since-viral video taken Friday at around midnight in West Baltimore. Police Commissioner Michael Harrison said a sergeant was checking on a Pennsylvania Avenue business and trying to remove people from the store when someone became argumentative and spat in his face. That suspect was later identified as Abdullah.

Sometime while the officer tried to arrest him, the video started and shows the officer on the ground with Abdullah and getting kicked repeatedly by bystanders.

"We are absolutely outraged that while one of our officers was doing his job, working overtime in addition to hours already worked... following the plan that we set forward to make this city safer, was trying to make an arrest and then was attacked by a group of individuals," said Harrison Saturday. "He was where he was supposed to be, doing what he was supposed to do and then people are trying to not only kick the sergeant but prevent the lawful arrest of someone who broke the law. It's totally unacceptable and they will feel the full weight of law enforcement when we catch them."

"Crime against anyone is unacceptable in the city of Baltimore but to attack an officer that was doing his job exactly, what we pay him to do, to check in on businesses to make sure things are going okay and to walk and make sure the neighborhood is safe... and to be kicked and attacked by people is just totally unacceptable," said Mayor Jack Young.

Burgess faced violent charges four years ago, when he was 16 and arrested in connection with a home invasion and robbery. His case was later moved to juvenile court.

There's no body camera footage of Friday's assault because police said the sergeant was not able to active his camera, "as he was doing a business check when this altercation suddenly kicked off."

"The problem is the community has a lack of trust with our police department and in order to gain their trust, there has to be tools in place that allows us to validate certain stories," said community member Jason Rodriguez. "If those tools weren't used, we have to ask why."

Based on a preliminary review, Harrison said the officer did not wrong to provoke the assault and he commended the officer for doing his job but community members like Rodriguez question what led up to the incident shown in the video.

"I don't condone what they did. I think kicking the officer put themselves in a very dangerous position," said Rodriguez. "How did it get to that level? It looked like to us, based on the video, that the crowd was incited. So why was the crowd incited? What took place that led them to become angry or led them to lose respect for the officer at that time."

After seeing the video, the Baltimore City FOP president said it's indicative of a broken city that needs new leadership to get crime under control. Mayor Jack Young responded by inviting the president to walk the streets with the officers and see what's going on. Harrison said this assault happened when the officer was following his crime plan.

Harrison said the officer that was attacked is doing fine and in good spirits.