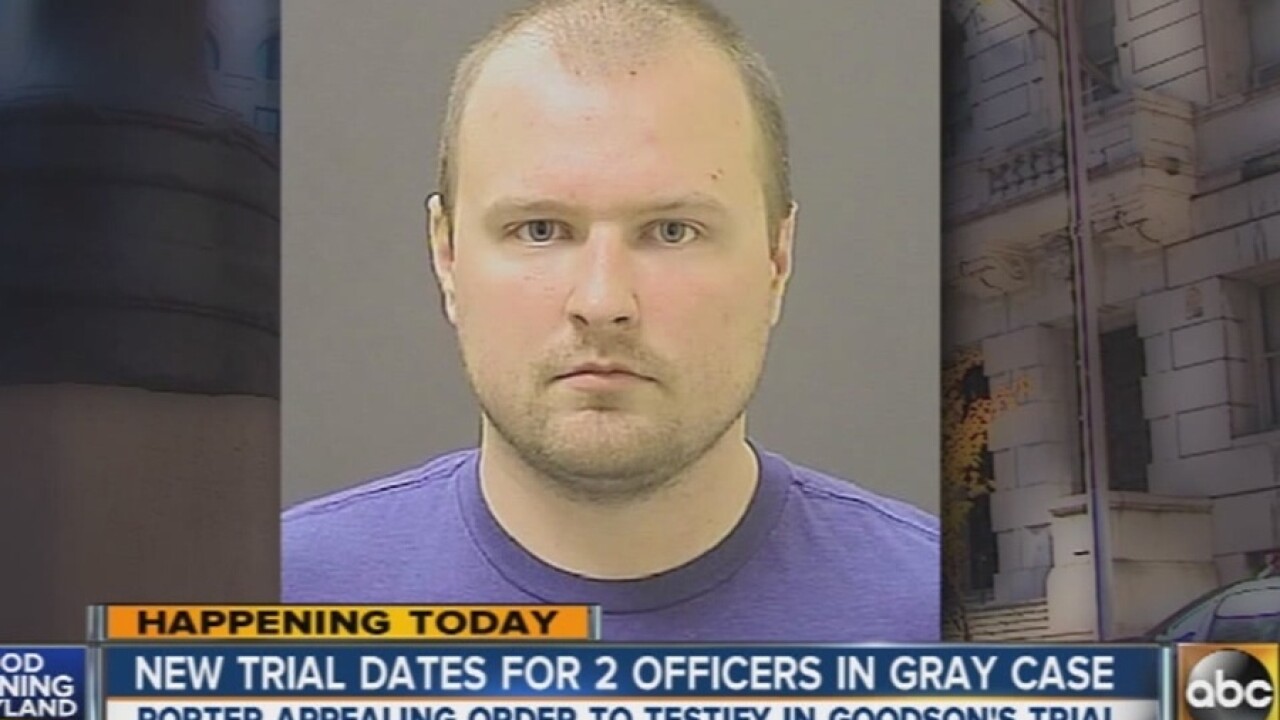 The trial dates for two of the six Baltimore Police officers charged with the death of Freddie Gray have been postponed.

Sgt. Alicia White's trial has been pushed back until Feb. 8, and Officer Garrett Miller's trial will begin March 7.

Six officers were charged with Gray's police custody death last May, and they are all being tried separately. Officer William Porter's trial ended in a mistrial last month, and his second trial is scheduled for June.

The trial for Officer Caesar Goodson is scheduled to begin next week.