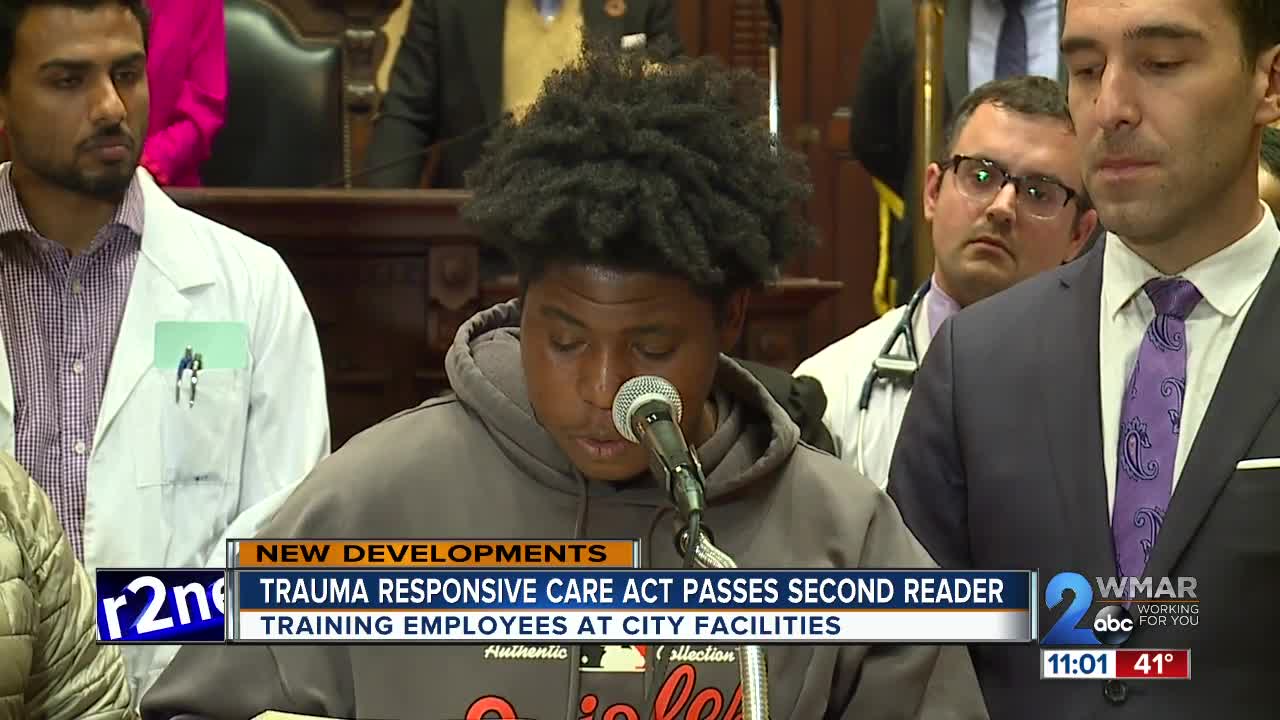 The impact of a gunshot doesn't stop at the wound.

BALTIMORE — The impact of a gunshot doesn't stop at the wound.

Destiny Harrison’s 1-year-old child will feel it for the rest of their life.

Harrison is the salon owner who was killed on Orleans Street just before Christmas.

That was just one of the more recent examples that Councilman Zeke Cohen pointed to as he laid out the Trauma Responsive Care Act before it unanimously passed second reader Monday night.

“We are living in a city where people murder mothers in front of their children,” Cohen said. “We know that without a major intervention that trauma that those children have endured will only get worse.”

The bill would build a task force that will roll out training at all city run facilities including rec centers, libraries, schools, etc.

Everywhere that deals with at-risk children will get trained on how to help them get through trauma.

“It is not in their best interest to yell at them or kick them out of the rec center,” said Cohen. “Instead staff should ask questions seek to build relationships and seek to support them where they are.”

18-year-old senior Damani Thomas was there when a shooter opened fire at Frederick Douglass High.

Fear didn't cripple him, instead it motivated him and some fellow students to go to Cohen ask how they can help victims of trauma.

“Through educating people experiencing trauma can lead them to finding outlets for expressing their traumatic experiences,” said Thomas. “Teaching those tasked with interacting with people who experienced trauma can help people understand that trauma is real and can be subdued.”

A child health study found more than half of the children in Baltimore City have experienced a major trauma in their lives.

“It goes beyond the physical wounds caused by a bullet,” said Dr. Justin Lowenthal of Doctors of America. “Trauma reverberates and ricochete’s through families and through communities affecting how people interact with one another and are free or not to experience their daily lives.”

Mayor Jack Young is expected to sign the legislation on February 9 at Coppin State University and then walk with students to Frederick Douglass High School.