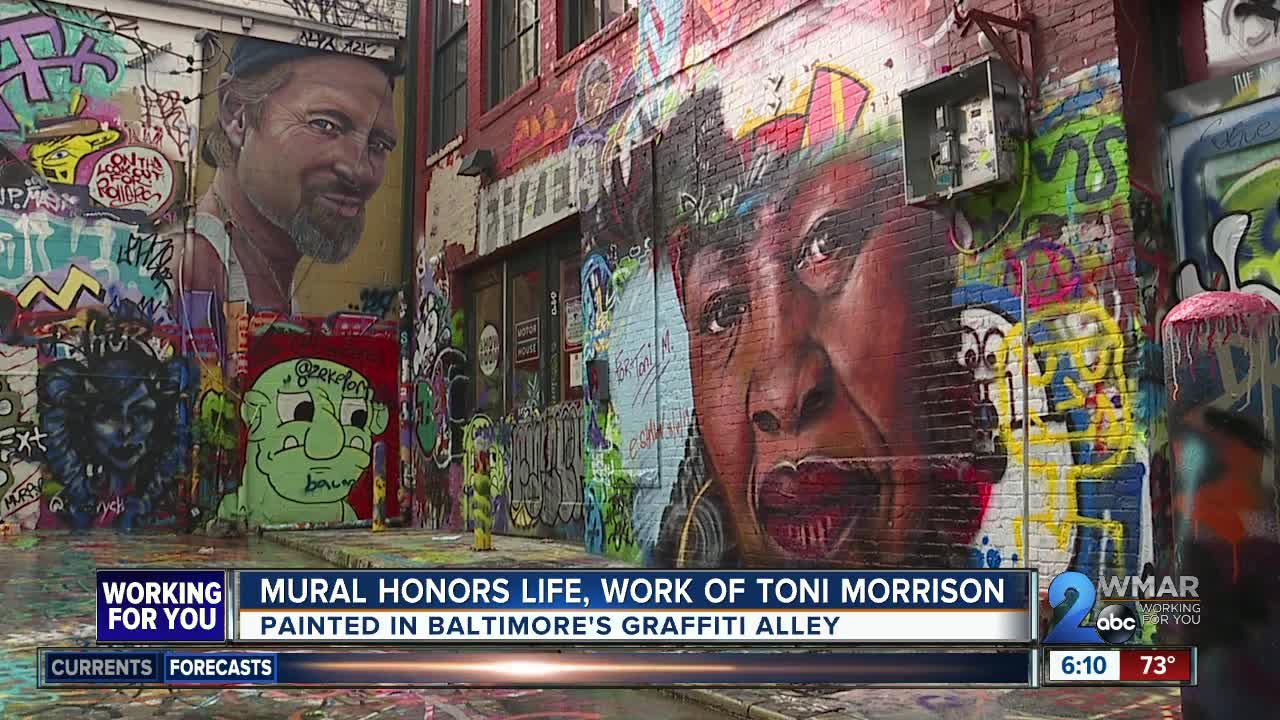 A mural honors the life and work of Toni Morrison in Baltimore's Graffiti Alley. 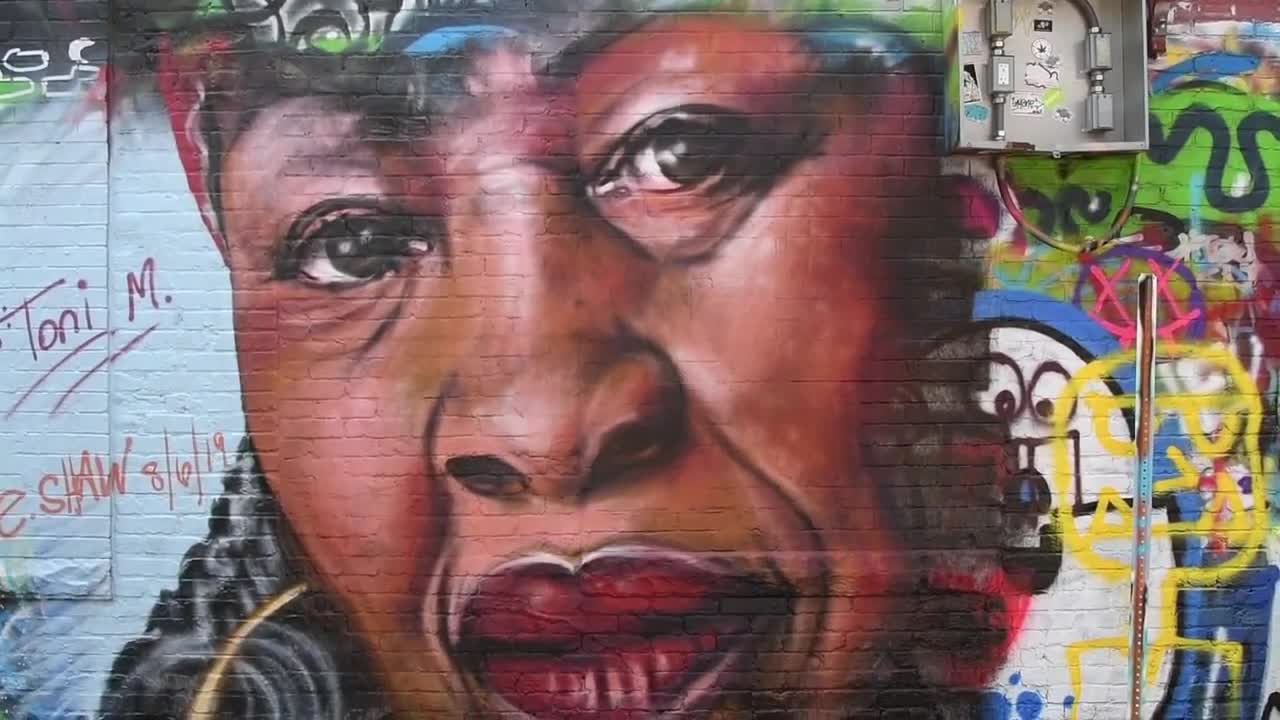 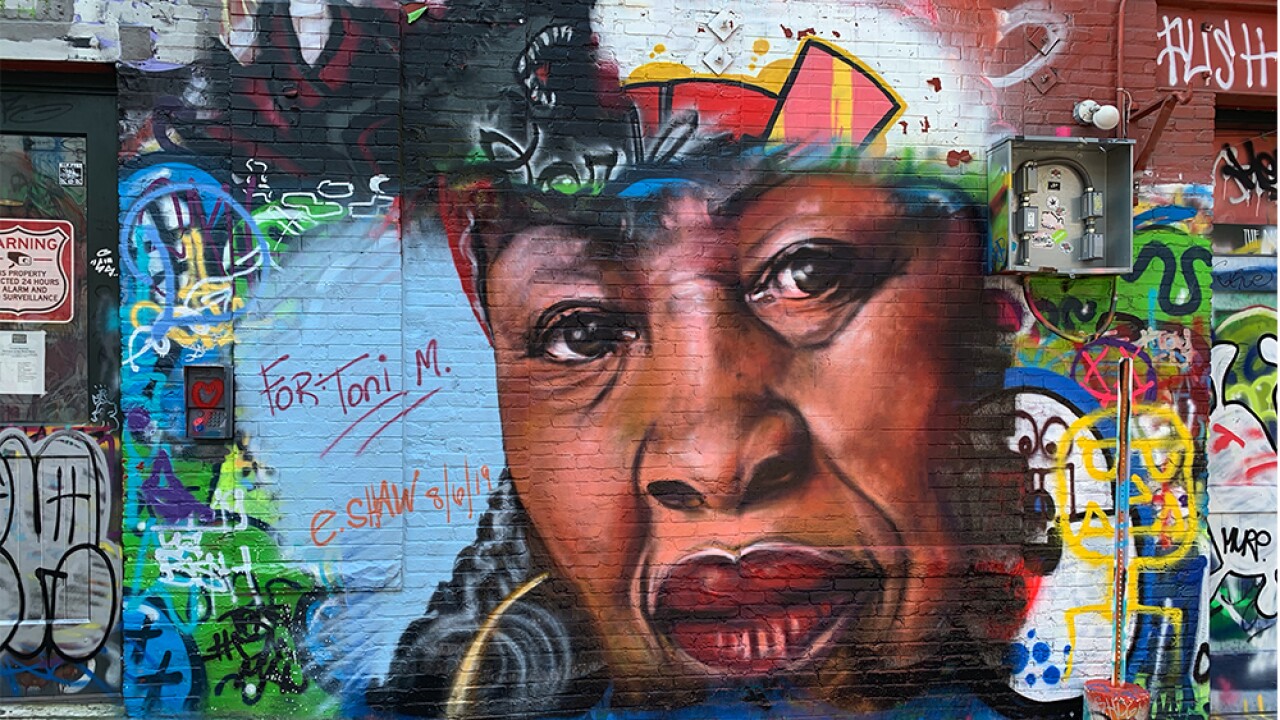 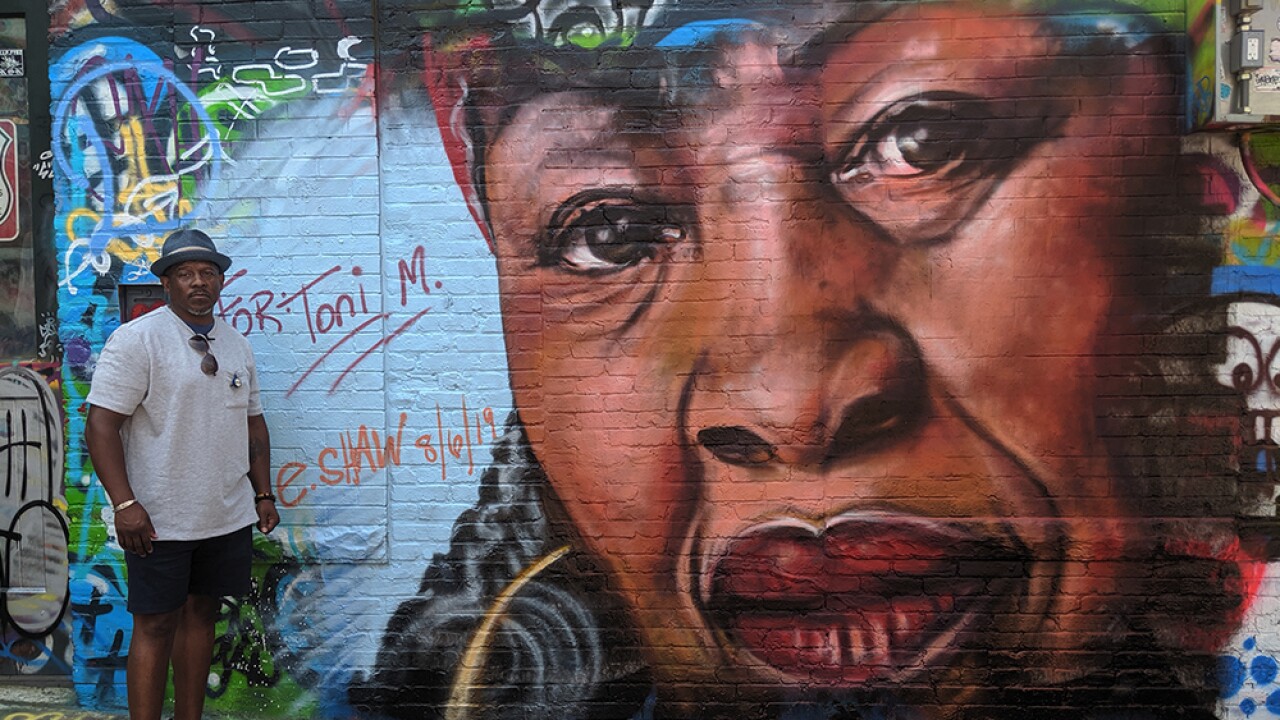 BALTIMORE — Tucked into 'Graffiti Alley' in the art district of Baltimore, sits a beautiful tribute to the late Toni Morrison.

Often called the conscience of America, Morrison died on Monday at 88 years old, but lives on through her works and those she inspired.

“Toni Morrison served two purposes for me," explained Ernest Shaw Jr., the artist of the mural. "One her literary work, and also her commentary relative to what it is like being a creative person of color. Specifically being a black person and being a black woman, how she navigates the white gaze, and how she navigates things that deal with issues involving race and inequity.”

A novelist and professor emeritus, she was the first African-American woman to win a Nobel prize for literature.

Shaw said he heard about her passing on Tuesday morning and painted the mural that day. He says the messages she tried to get across during her lifetime are similar to what he tries to portray through his art.

In addition to Morrison, Shaw has honored Aretha Franklin and Roy Hargrove by painting a mural of them in Baltimore.

“I was moved emotionally similar to when Aretha Franklin passed. But I would like to say I don’t consider it a loss because individuals like Aretha Franklin and Roy Hargrove and Toni Morrison, their debt is paid. They have made their contribution and this is more in recognition of her becoming an ancestor. We have gained an ancestor. She is just doing the work she needs to do on the other side now," said Shaw.

And Shaw's painting and message transcends further than just honoring her contributions, he says her message applies to Baltimore as well,

"I think her commentary is very relevant, as it relates to Baltimore as a city. Baltimore’s politics, Baltimore's northern facade, and southern politics, you know it is like the yin and yang of Baltimore.”

Shaw said something of this size and magnitude took him only two hours. And while his hard work may only live in Graffiti Alley for a short time, he said he doesn't mind if someone paints over his art.

“It’s part of the culture. The very first time I painted something and it got painted over, I had to check my ego real quick. I recognized that this space is created by individuals who are writers, I am not a writer. So I was kind of imposing myself on the space of artists who are in their own rank.”

At the end of the day, Shaw says he is happy that people will get to see his art, whether it be in person at Graffiti Alley, or on social media.