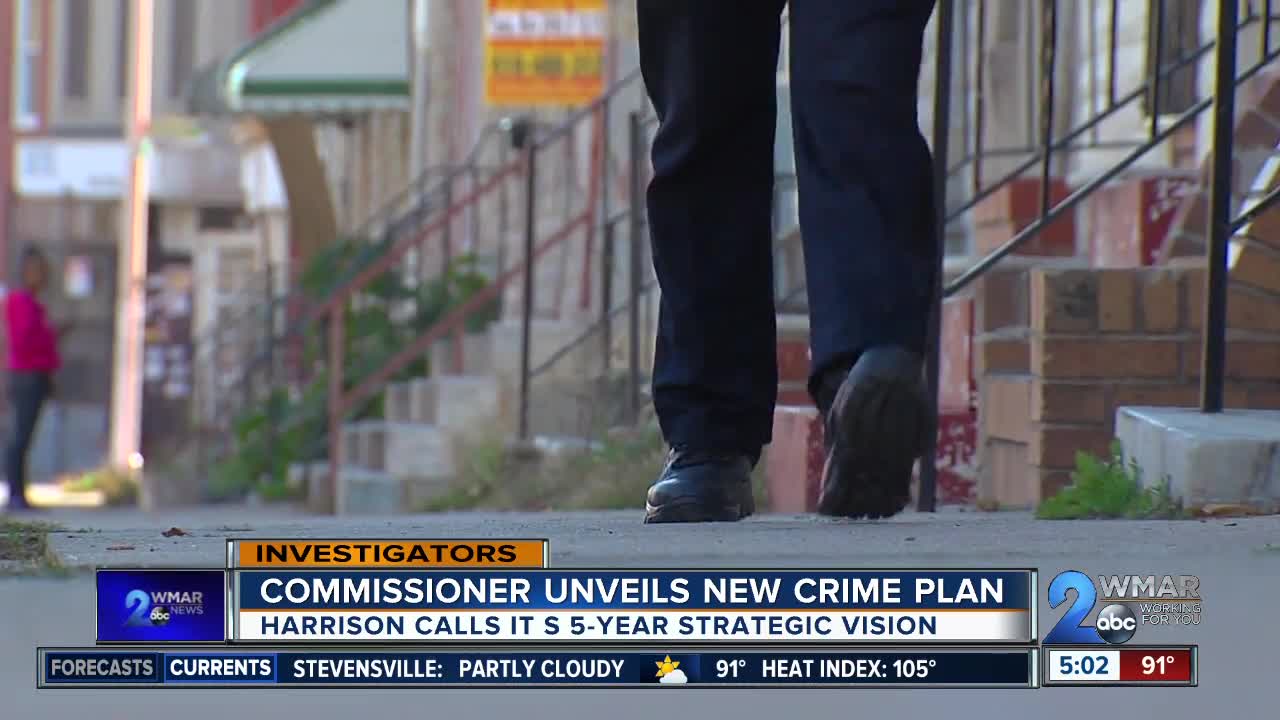 Targeting specific areas of the city, increasing the rate and quality of interactions with residents, and marshaling technological resources in order to understand and abate the root causes of illicit activity and increase efficiency and accountability are the key pillars of the Baltimore Police Department’s newly released Crime Reduction Strategy. 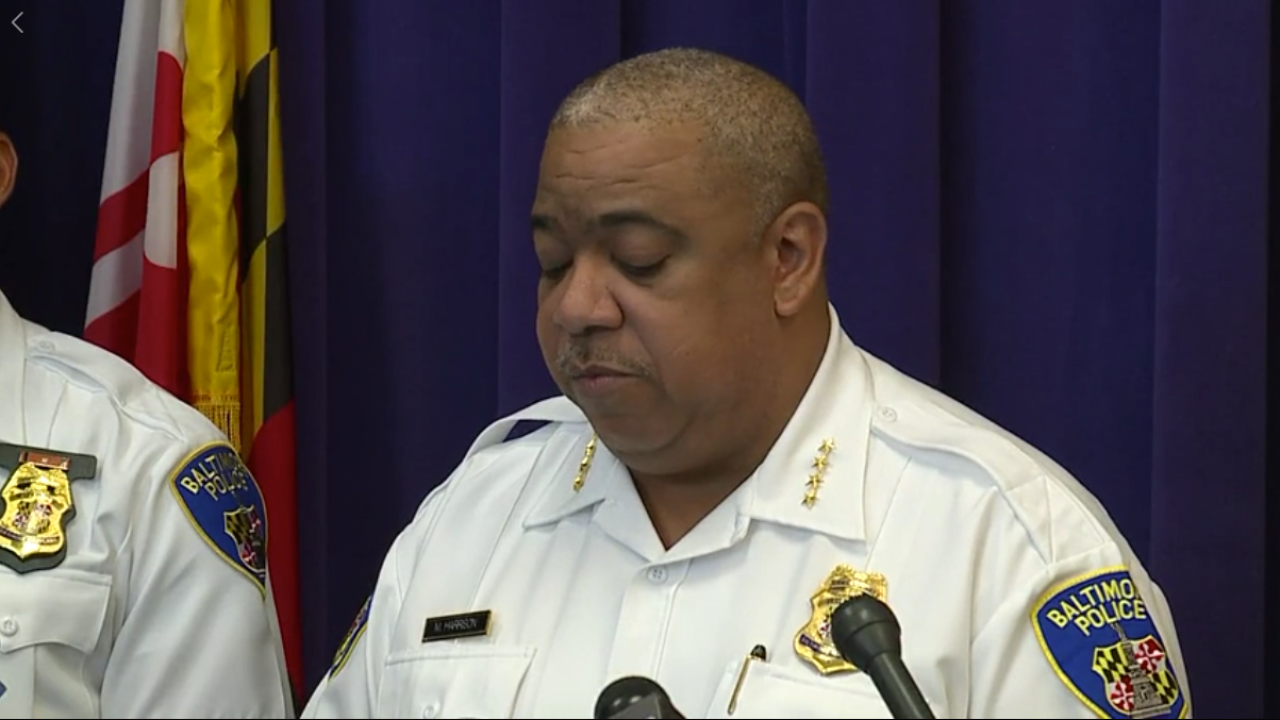 BALTIMORE — Targeting specific areas of the city, increasing the rate and quality of interactions with residents, and marshaling technological resources in order to understand and abate the root causes of illicit activity and increase efficiency and accountability are the key pillars of the Baltimore Police Department’s newly released Crime Reduction Strategy.

The previously discussed “micro-targeting plan,” in which the department’s nine regional districts direct attention towards narrowly constrained stretches of their portions of the city, often just a few blocks, was further elucidated in Commissioner Michael Harrison’s strategy.

Using historical crime data about gun-related incidents (homicides, assaults, robberies, and shootings) collected through the past five years, “micro-geographies” will be identified, and “tailored solutions for each zone that respond to the needs of that specific target area,” will be development, the plan reads. “BPD has established new focused patrol areas and district action team (DAT) activity zones where the levels of crimes have been highest.”

Patrol officers will be assigned to cover specific deployment zones of no more than four blocks, with larger areas designated to DATs in each district, the plan says. The targeted zones comprise about 5 percent of the city’s area, yet they count for roughly 33 percent of its gun violence during the past five years.

While targeting areas thought to be the incubators of much of the city’s violence, patrol officers will be held accountable for upholding a frequent presence in these micro-geographies and participating with residents in ways that will provide trackable metrics for the department to review. Patrol officers must pass through the assigned “hotspots” and take “proactive measures” at least three times per eight-hour shift, with each visit lasting no less than 10 minutes. The visits must be spread out through the shift, accomplished between answering 911 calls and other responsibilities.

While in the micro-zones, patrol officers must engage in proactive measures with the community through foot patrols, business checks, “knock-and-talks with known gun offenders on active parole or probation,” and/or participate in the execution of priority warrants. If officers see an environmental issue that needs addressing or hear such concerns from residents, they are required to submit such requests through the city’s 311 system.

“Patrol officers must properly document all field interviews and vehicle stops that they conduct, with district administrative personnel uploading all data collected into our records system,” the plan states.

District Action Teams will focus their gazes on slightly larger areas. They will also take part in similar proactive measures as patrol officers, but with the additional priorities of making strategic arrests of perpetrators of violent crime in their designated areas. When such arrests are made, the teams are responsible for interviewing the people they have detained and sharing all relevant intelligence gathered with the rest of the department though case notes.

The targeted strategy is akin to “predictive policing,” a practice utilized in cities like Chicago, that has helped curb that city’s crime rate in recent years. In 2018, WMAR-2 News Reporter Brian Kuebler traveled to the Windy City to speak with officials in the Chicago Police Department about how the “predictive policing” model works. At the time, the Baltimore Police Department was beginning to incorporate such techniques in a pilot program in the Eastern District.

“I am absolutely convinced, if they attack it like we did here in Chicago, they’ll see positive results from it,” Superintendent of Chicago Police Eddie Johnson said when speaking to Kuebler.

Much of the crime plan emphasizes the utilization of data sharing systems and a monitoring, understanding, and intuiting of such data to make the department more efficient and responsive. The Crime Reduction Plan calls for the creation of a web application that can be accessed through district computers, or through mobile devices like phones, tablets, or the terminals in officers’ cars. The proposed “command dashboard” will gather real-time data from officers, tracking and mapping “all part-1 offenses that have occurred by post, by shift, by day of the week, and by date,” the plan says.

District commanders will be able to view this information in maps with graphical overlays that track the aforementioned data as well as priority warrants, registered gun offenders, registered sex offenders, validated gang members, individuals on active parole and probation, and known drug markets, the plan says, allowing the data to be filtered through respective hot zones. The system is expected to evolve and upgrade over time, allowing commanders to gain “a more comprehensive understanding of the types of crimes occurring in the district hotspot locations and the impact of BPD’s proactive measures,” the plan states.

This new data tracking will also be reviewed in weekly COMSTAT meetings, the gatherings of department leaders in which existing data is reviewed. The meetings will stress “oversight, accountability, and process improvement for the strategy overall,” the plan said. In regards to the hotspot zones, the average amount of time officers spend there, the level of activities done while in the zones, and what is being achieved will be subject to review.

What seems central to many of these priorities is a heavy investment in technological upgrades for the entire department as these tools are expected to be utilized in each district, by each patrol. The department is woefully lagging technologically, still relying on archaic systems like submitting paper time cards that are later manually entered into computers, a system that is seen as potentially contributing to the overtime and accountability issues the department has dealt with for several years.

The plan also calls for some restructuring within the department. In June, the management of detective units was decentralized, the plan said. Detectives who typically investigate robberies, burglaries, and non-fatal shootings now report to district-level commanders.

“This change also allows detectives to develop better relationships and build trust with residents they serve so that they can more effectively identify crime patterns, trends, and connections,” the plan says. “Bringing detectives to communities they serve is also in line with the community oriented and problem-oriented policing models that BPD is embracing as part of our overall reforms.”

The plan stresses that the goals of the department will shift to “outcomes over outputs.” Adaptation will be key, as new data will influence future strategies and potentially redirect where and when police need to focus their attention. Input from street-level officers will be emphasized. District commanders will be held responsible for understanding underlying issues of violent crime in their communities through the tools provided and developing strategies of how to curb such community issues.