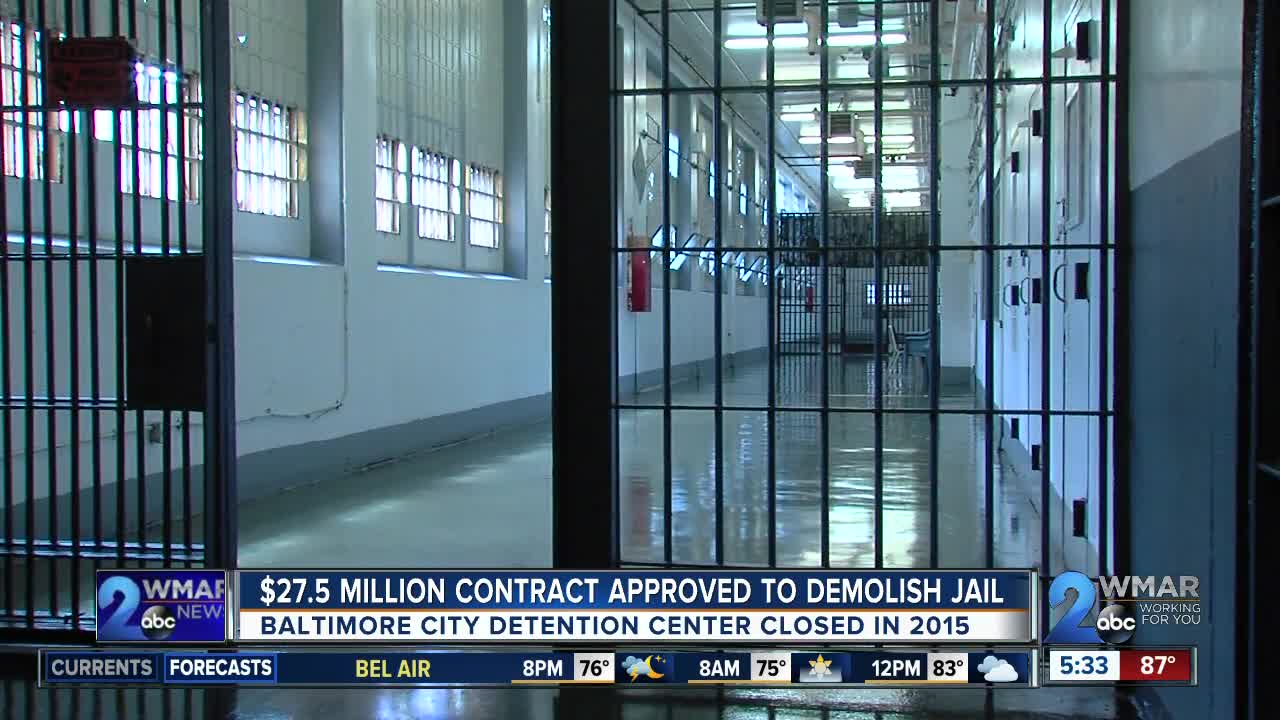 BALTIMORE — The Maryland Board of Public Works approved a $27.5 million contract to demolish the closed Baltimore City Detention Center.

Governor Larry Hogan, who is one of three members of the board, closed the detention center in 2015.

The jail was falling apart, and there was widespread corruption among inmates and corrections officers.

The FBI says in about 2004, the Black Guerilla Family, or BGF, became the dominant gang at the Baltimore City Detention Center.

An investigation unveiled a widespread system of female correctional officers having sex with inmates, then smuggling drugs and money for them.

Eventually, 44 people were charged with crimes -- 24 correctional officers and 20 detainees from BCDC.

Hogan wants to put a therapeutic treatment center on the grounds of the old jail.

The money was approved at the meeting on Wednesday morning by a 3 - 0 vote.

Comptroller Peter Franchot, and Treasurer of Maryland Nancy Kopp are the other two board members besides Hogan.

Three bids to complete the work were looked at, and the bid from Towson Mechanical, Inc. of Parkton was approved.

The detention center demolition will begin within the next month and take an estimated 18 months to complete.