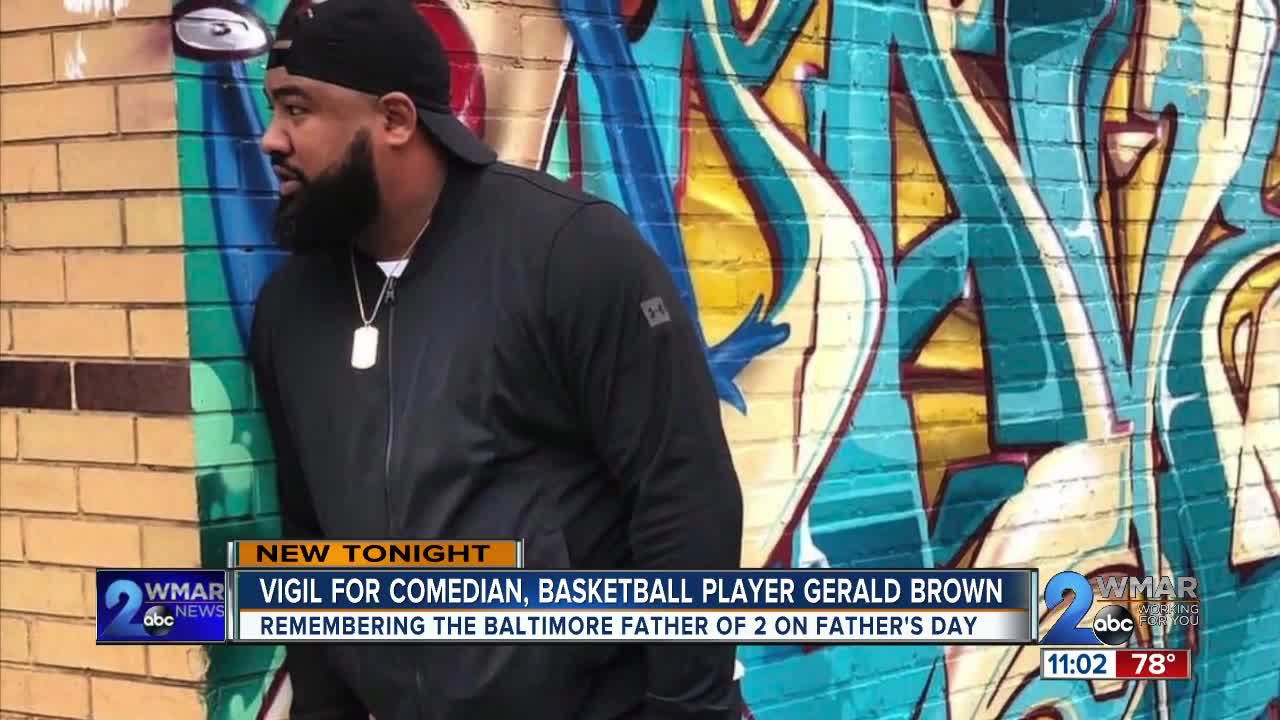 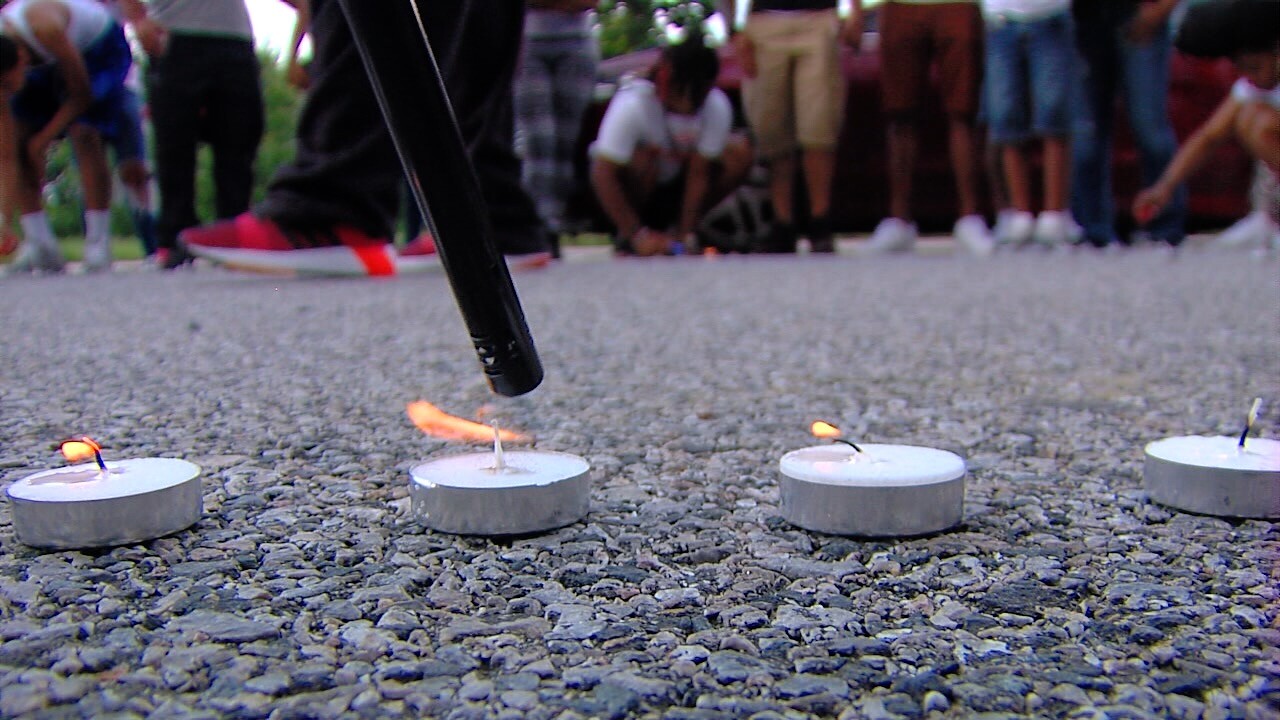 BALTIMORE — "I had to wake up today and realize that I wasn't going to get that call," said Gerald Brown Jr.

He said every Father's Day, he wakes up to a call from his son, Gerald Brown, but today, he instead headed out to his son's alma mater for a candlelight vigil in his honor.

"People say they take a piece of you, but all of me was taken because everybody that knows me knows that he was my pride and joy," said Brown.

This Father's Day, many gathered at Frederick Douglass High School to remember the father, basketball star and comedian killed on the streets of Baltimore.

"I just wanted today, Father's Day, to do this for him and for his kids so they could just be around love, because that's what he represented. He loved everybody," said Brown's little sister Jeraka Brown Lucas.

The 34-year-old was shot and killed on West Forest Park Avenue on June 7. He was well-known for his skills on the basketball court and funny viral videos, but those who knew him best say his capacity to love is what really set him apart.

One of Jeraka Brown Lucas' fondest memories of her big brother is from her wedding reception last year.

"We were dancing to one of my mom's favorite songs, and he just bust out and started dancing really wild and crazy, and I've looked at the video every day, over and over again. That's how I want to remember my brother," said Lucas.

While the vigil was a time for remembrance, it was also about making sure his death becomes a catalyst for change in a city plagued with violence.

"We need men in this city to help raise up our next generation of men. This has to be something that is an example of how we need to pick ourselves up from this and become better so this doesn't happen anymore," said one of Brown's classmates.

"Women, you have boys too. Grab them, nurture them, show them that love so that when they walk out that door, they can show love like Gerald did," said Brown's stepmother.

Wednesday, the high school is holding a memorial basketball game for him. It starts at 7 p.m. and is a ticket-only event because they expect a big crowd. Brown will be laid to rest at the end of the week.