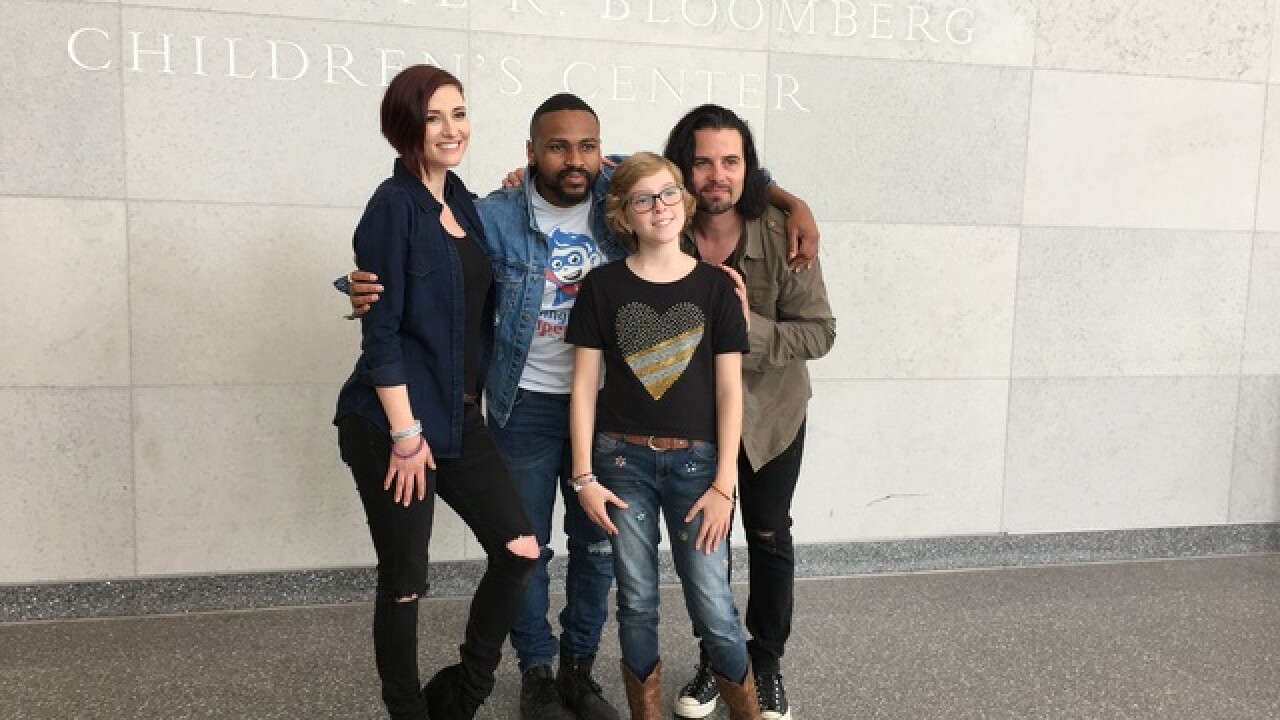 Copyright 2018 Scripps Media, Inc. All rights reserved. This material may not be published, broadcast, rewritten, or redistributed.
<p>Photo by Corey Shegda</p>

A music video starring a Johns Hopkins cancer patient and a string of celebrities has finally been released!

The song sang by East of Eli, Steven Battey, and cancer patient Ashley Hackman is titled "No Giving Up" and aims to spread the message that those touched by cancer are not alone and to keep pushing through.

The music video was filmed at Johns Hopkins Hospital in Baltimore where Supergirl star Chyler Lee, her husband Nathan West, and the creators of Singing With Superheroes, Steven Battey and Alix Petersen, met with cancer patient Ashley Hackman.

"We just want to encourage kids to never give up, or anyone going through what they are going through with cancer," said Battey who helped write the song. Battey is known for writing songs for artists like Justin Bieber, Madonna, Flo-Rida, Bruno Mars, and more. He lost his mother to cancer in 2004 and said he thought of her when writing this song.

"We just wanted to encourage the kids that are going through it to keep on fighting, and we thought "No giving up" was the perfect title,” Battey continued to say.