Road closures for Artscape in Baltimore 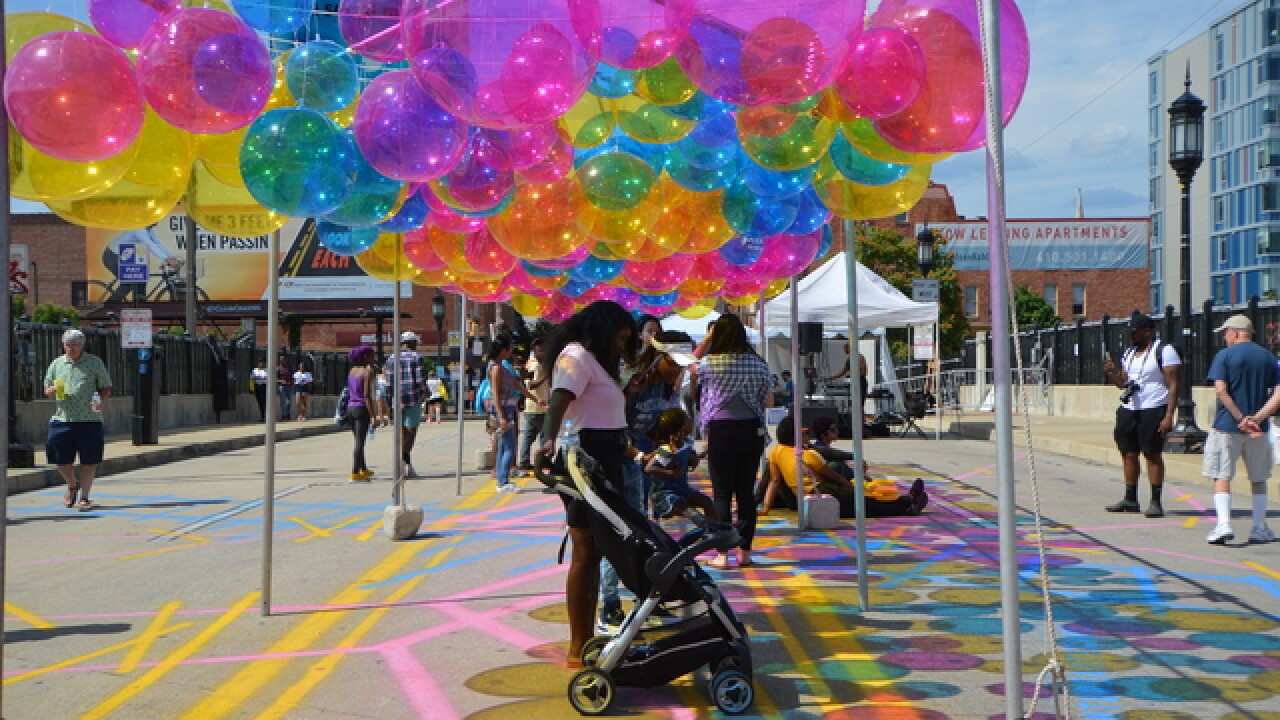 Copyright 2018 Scripps Media, Inc. All rights reserved. This material may not be published, broadcast, rewritten, or redistributed.
A sneak peek of Artscape 2018!</p><p>Photo by Corey Shegda

The country's largest free arts festival returns to Baltimore for its 36th year this week. Artscape runs from Friday, July 19 through Sunday, July 21. To prepare for the festival, a number of roads are closing days ahead of time.

Starting at 7 a.m. on Monday, July 15 these roads will be shut down:

Then on Wednesday, July 17 more roads will be blocked off at 6 a.m.:

The roads closing Monday and Wednesday will not reopen until 4 p.m. Tuesday, July 23.

More road closures will be in effect while the festival is going on. The following roads will be closed from 9 a.m. Friday, July 19 through 6 a.m. Monday, July 22:

With more than 350,000 people expected to attend, festival-goers are urged to take public transportation. Right now there is no light rail service between the North Avenue and Camden Yards stations. However a shuttle bus is carrying passengers between those stops.