Rare million dollar Baltimore coin to be auctioned off 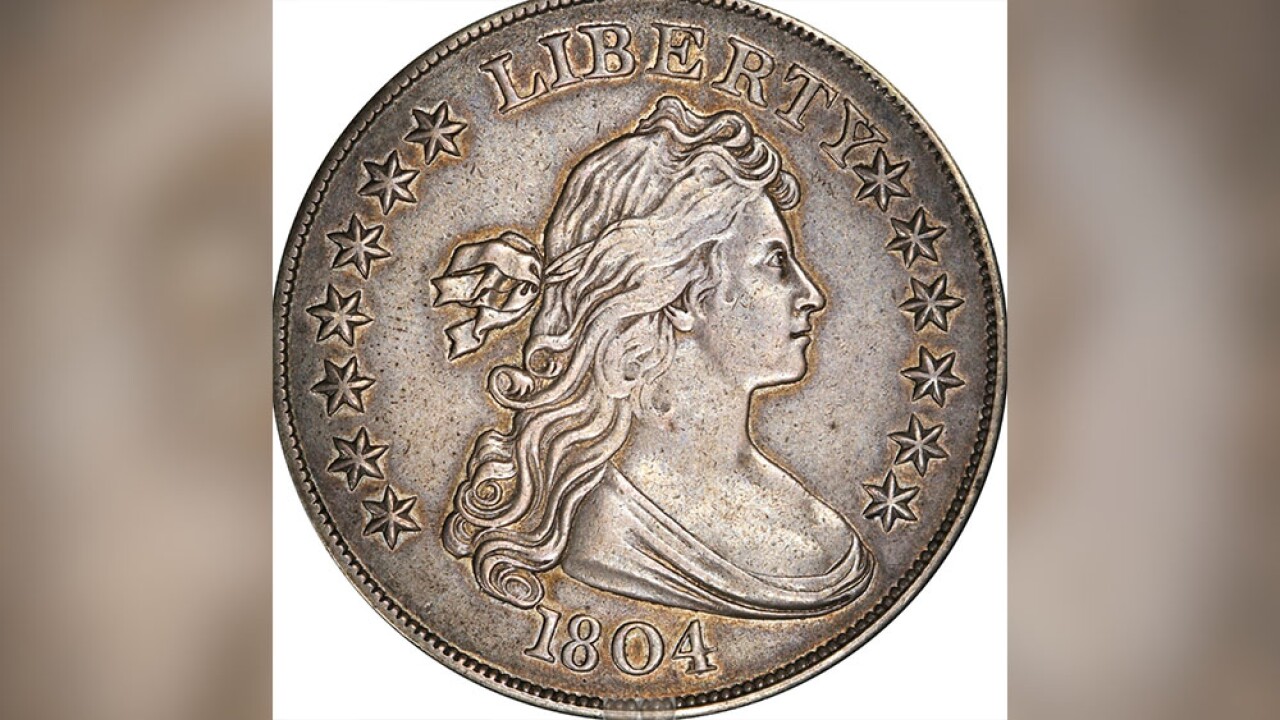 BALTIMORE — A rare 1804 silver dollar, the most famous prize in coin collecting, will be sold in Baltimore on March 20, at an auction conducted by Stack’s Bowers Galleries of Santa Ana, California.

One of just 15 known to exist, the auction house expects the coin to bring between $1.2 and $1.5 million. When it was auctioned on behalf of Johns Hopkins University in 1980, it became the most valuable silver coin in the world.

It was acquired by JHU by bequest from the Garrett Family, who first bought the coin in 1883.

“The 1804 dollar is known as the King of American Coins for good reason,” said Brian Kendrella, president of Stack’s Bowers Galleries. “We’ve been fortunate to sell nearly every privately-owned specimen since our firm’s founding in 1935. Every time one crosses the auction block it makes for a headline-grabbing event.”

Stack’s Bowers Galleries has conducted auctions in Baltimore for more than a quarter of a century, most recently in conjunction with the Whitman Coin & Collectibles Expo.

The firm’s upcoming Spring Expo auction is scheduled for the Baltimore Convention Center from March 18-20. The auction in its entirety can be found online at StacksBowers.com.