Putting the pressure on owners of vacant properties 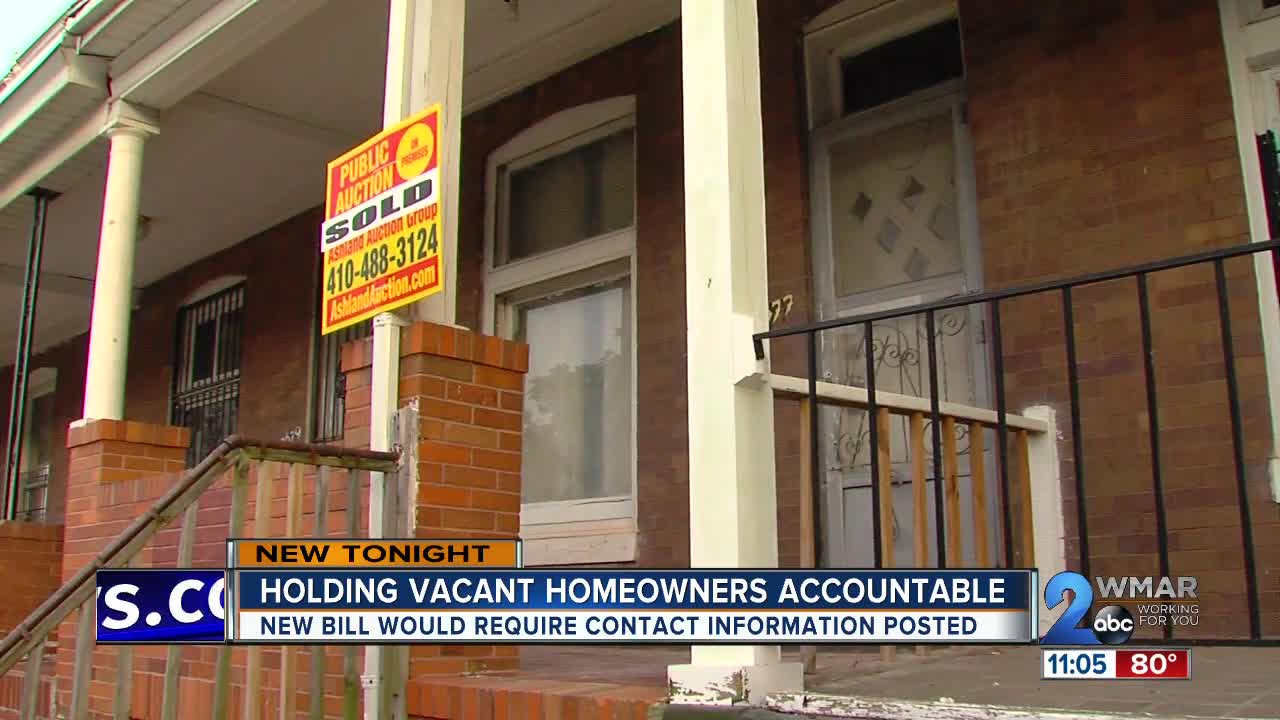 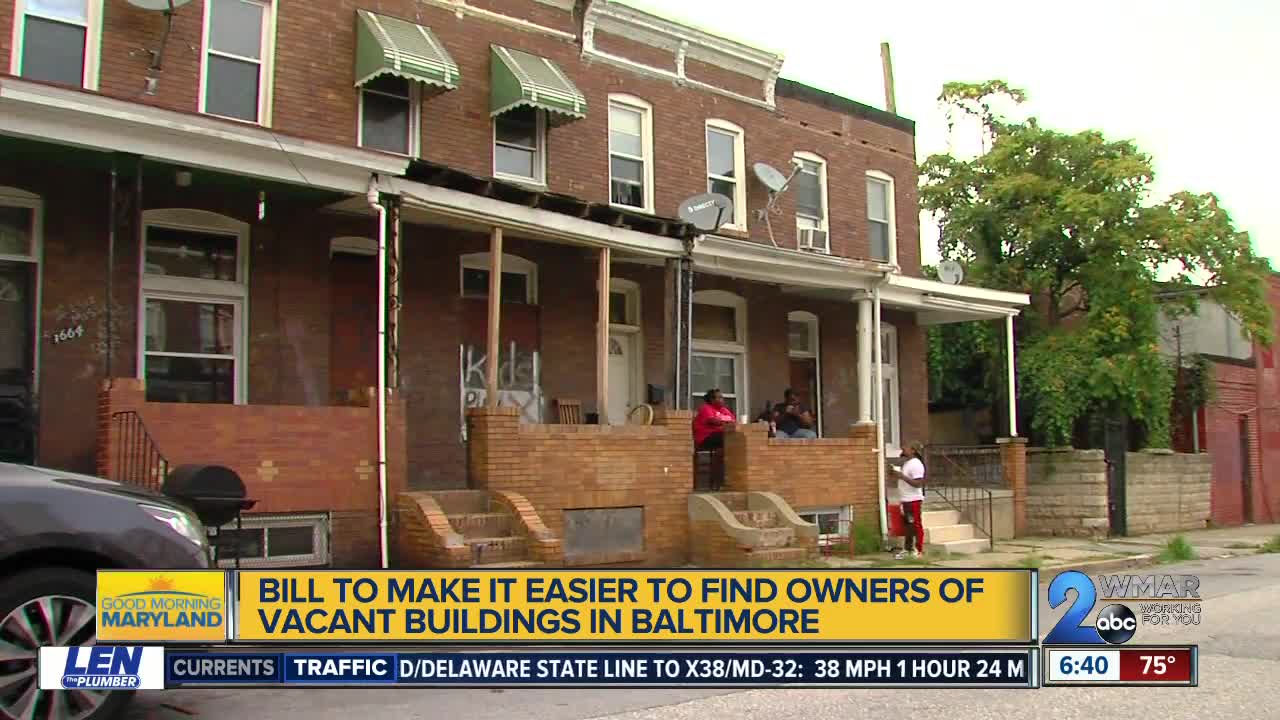 BALTIMORE — It's estimated that there are more than 17,000 vacant properties in the City of Baltimore.

It can be hard to find the owners and nearly impossible to get them to do anything about the decrepit buildings.

Epps has lived in the Darley Park neighborhood of East Baltimore for over 30 years.

She loves her home and remembers a time when the area was vibrant, but now she looks out in disappointment at the disinvestment shown by vacant homeowners.

“They don’t care and some of them you can’t even find them you know,” Epps said. “That house across the street been vacant ten years or more.”

Tracking the owners down can turn into a rabbit hole-- especially for everyday people.

The difficult task of tracking down the owner of a vacant property is an issue Baltimore City Councilman Kristerfer Burnett has dealt with first hand.

On Monday Burnett introduced a bill that requires owners of certain vacant properties to post their information outside their building.

“You can walk right up to the front door get a phone number, email, or an address of the property owner and reach out to them,” Burnett said. “Say look I need you to come cut the grass, there’s dumping in the back yard. I need you to make the property livable.”

It would force owners to check on their property or face a hefty fine.

“It creates a $500 a day fine for not complying with the posting,” said Burnett. “Half of that will go to the general fund but most importantly half of it will go to the Baltimore City Affordable trust fund.”

Badly needed accountability to chip at the thousands of vacant properties that have been sitting that way for a long time in Baltimore city.

“People are moving away because a lot of rats coming around,” said Keisha Kelly. “There’s a lot of vacant houses, that one, that one. It’s like 5 of them.”

The bill passed first reader and that means it needs to pass two more before becoming law.