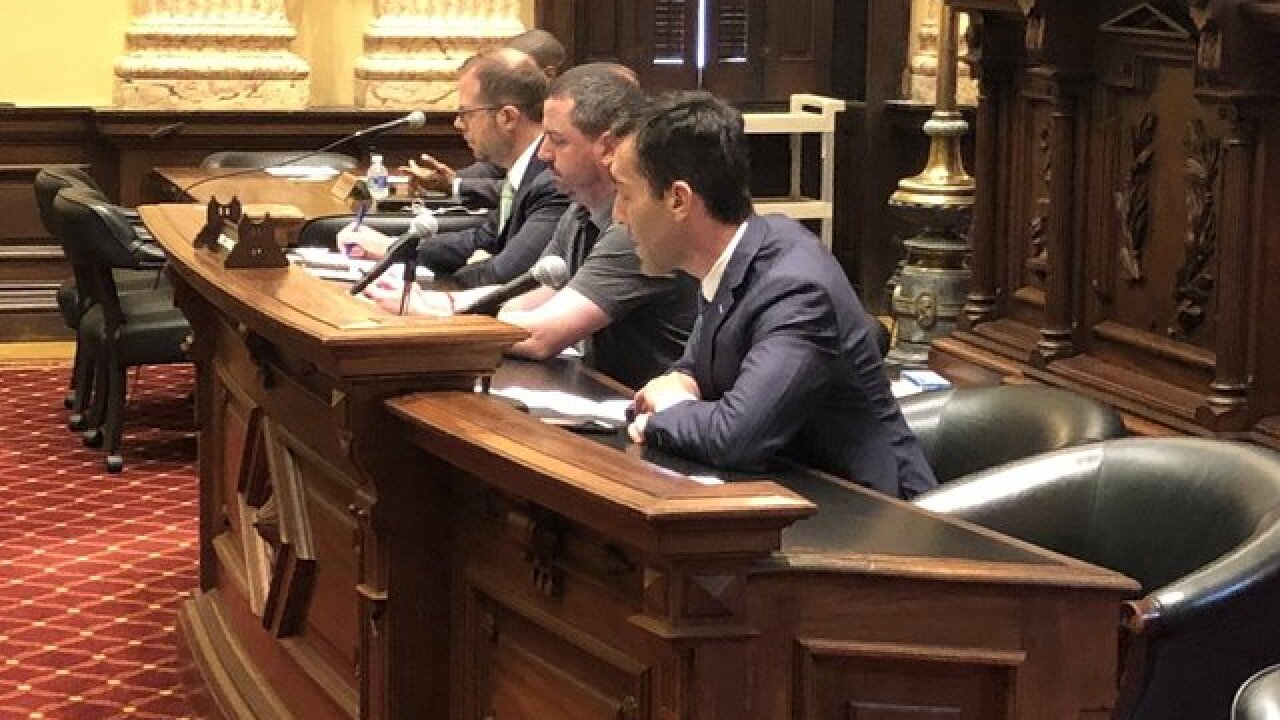 Money and politics tend to go together, so a Baltimore City Councilman is introducing legislation that would add more transparency to the transactions.

On Tuesday, Baltimore City Councilman Zeke Cohen was sponsoring the Transparency in Lobbying Act to the City Council.

"What this legislation will do is make it easier for the public to know what's going on inside the halls of city hall," explained Cohen. "Specifically, it would create an online database where lobbyists would report when they have been meeting with legislators, it would create a harsher penalty for lobbyists who violate the ethics code, and it would force lobbyists to affirmatively disclose who they are and who they represent."

Council members were supposed to vote on the bill on Tuesday, but Councilman Eric Costello said he wants to hold off on voting on the bill in order to schedule a work session to resolve a few tactical issues with the finance and ethics boards, and to make sure it is actually feasible.

Cohen says while the state has its own set of lobbying laws, he wants to tighten city laws to make it more accessible to the public.

"We believe the public should have access to what legislators are doing. That's why I am so proud to have almost unanimous support of my colleagues on the council, that's why we have been working incredibly hard in this council to introduce laws that will make our government more transparent."

The act would start the creation of an online database to which will file reports of all the lobbyists who have met with legislators, so the public can know who is being paid to influence the laws in city hall.

Without a city lobbyist database, you’d have to comb through a mountain of paperwork like this at the Baltimore City Ethics Board to find out who’s being paid and how much to influence city officials @WMAR2News pic.twitter.com/Xa3tWkXMbx

"We believe that you as a journalist and that our citizens should have access to that information because if you can see what is going on, there is nothing bad going on in these halls and we are making decisions on behalf of the public and not half of monied interests."

The hearing to talk about the Transparency in Lobbying Act started at 10 a.m. on Tuesday. WMAR-2 News reporter Mark Roper was there and says officials with the Baltimore city ethics board say they would need more staff to handle and process quarterly reports on lobbyists for the city if the bill required them to do so.