She says while he has been an effective leader, she still thinks that the suspension is in the best interest of the Baltimore Police Department, the city, and for De Sousa himself.

She then announced that Commissioner Gary Tuggle will be the acting commissioner in the meantime. 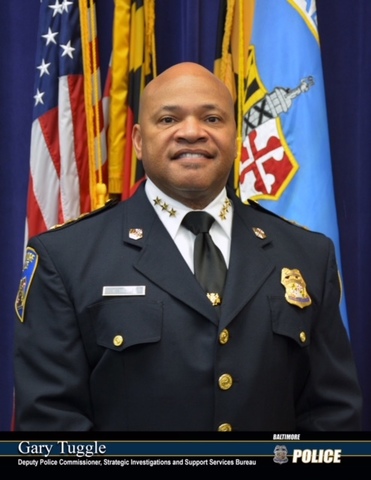 Pugh called today a sad day, but assured the public that her decision will not affect the city and the safety of those who live in it,

"All Baltimore citizens can be assured that these developments will in no way impede our relentless effort to make our city safer."

She said she is waiting to see the outcome of what happens with De Sousa before making any other decisions on the commissioner position.

“The Commissioner was not afforded an opportunity to offer an explanation or mitigation prior to the filing of the charges because he did not learn of the investigation until after the charges were filed. Most taxpayers in this situation are first given an opportunity to cure-by filing belated tax returns. Criminal charges are usually a last resort by the government after the taxpayer has ignored the government’s warning. Had the government made an inquiry prior to charging, the government would have learned that Commissioner De Sousa was in the process of seeking assistance from a professional tax consultant to file all past due returns. It is also noteworthy that Commissioner De Sousa was at all time a W-2 employee of Baltimore city and subject to withholdings. This is not a situation where he failed to pay any taxes.”

TRANSPARENCY IN POLICING: Baltimore police trying to stop crime before it happens