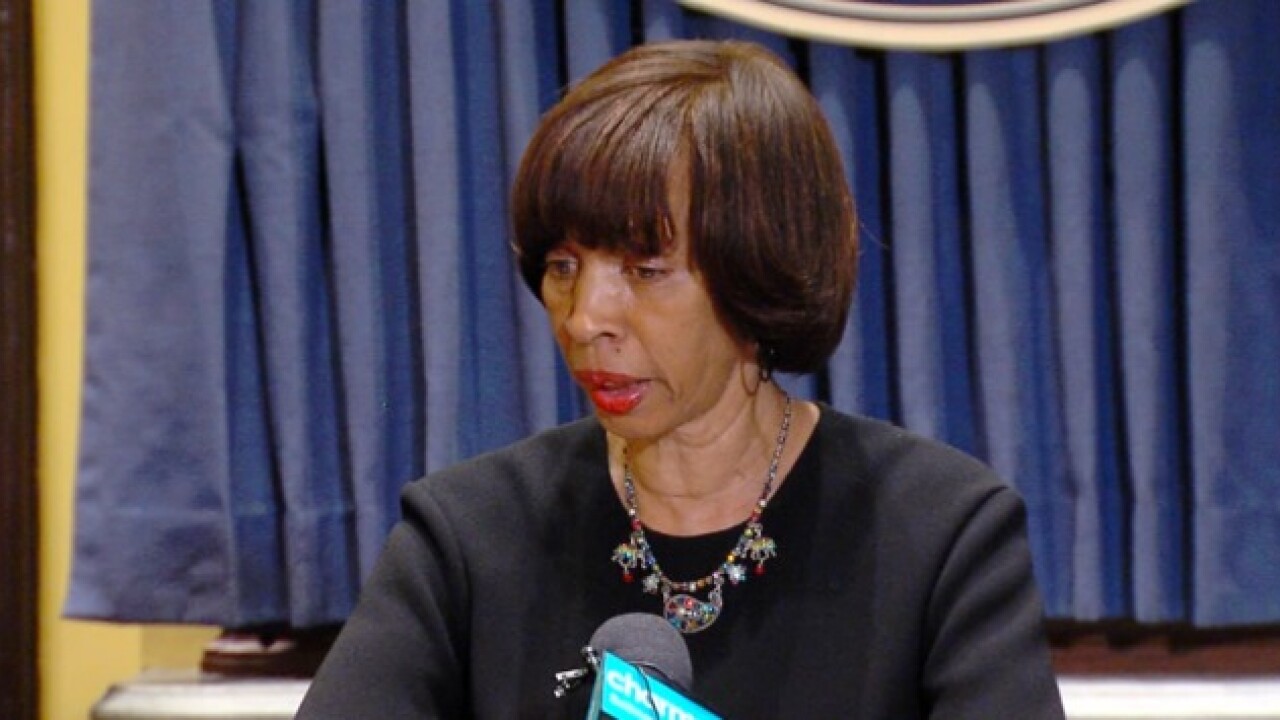 The U.S. Attorney’s Office says former Baltimore Police Commissioner Darryl De Sousa will be in federal court on Monday after being charged for willfully not filing his taxes for three years.

She says now the city will conduct a national search to find his replacement.

“Commissioner De Sousa was not somebody new to the Baltimore Police Department. We did that – maybe not as thoroughly as some think that we should have, but I do believe that when we made that selection, as you all know, we had risen to 343 murders in this city,” Pugh said.

De Sousa submitted his resignation letter to Pugh on Tuesday after federal prosecutors announced he was facing charges on Thursday.

While the violence in the city reached historic highs, Pugh says she was desperate to find a solution to curb those numbers.

And at the time, given his professional track record, De Sousa was a shining star.

“We asked questions of Mr. De Sousa and he answered those questions and yes, we learned and we’ll move on. We’ll have a national process moving forward and we will have a vetting process as well,” Pugh said.

“We’re going to be documenting it better, asking focus questions, invasive questions, questions that were, perhaps, not asked before,” he said.

In the interim, Pugh says her goal is to continue to work toward an issue that predates De Sousa – reducing city violence.

“I watched [De Sousa’s] work. I’m pleased where we are, in terms of reducing violence, but at the same time I don’t control people’s personal lives,” she said.

Despite the national search, Mayor Pugh says those within the department are still eligible to apply for commissioner.

When asked if she asked De Sousa to resign, Pugh responded, “we received his resignation and I accepted it.”

Whether acting commissioner Gary Tuggle was interested in the permanent position, he said he’s focused on getting through the interim period.

“I am interested in making it better and fixing it as I’ve been mandated to do, so I will just keep that to myself for now,” Tuggle said.