Protests scheduled ahead of President Trump's visit to Baltimore 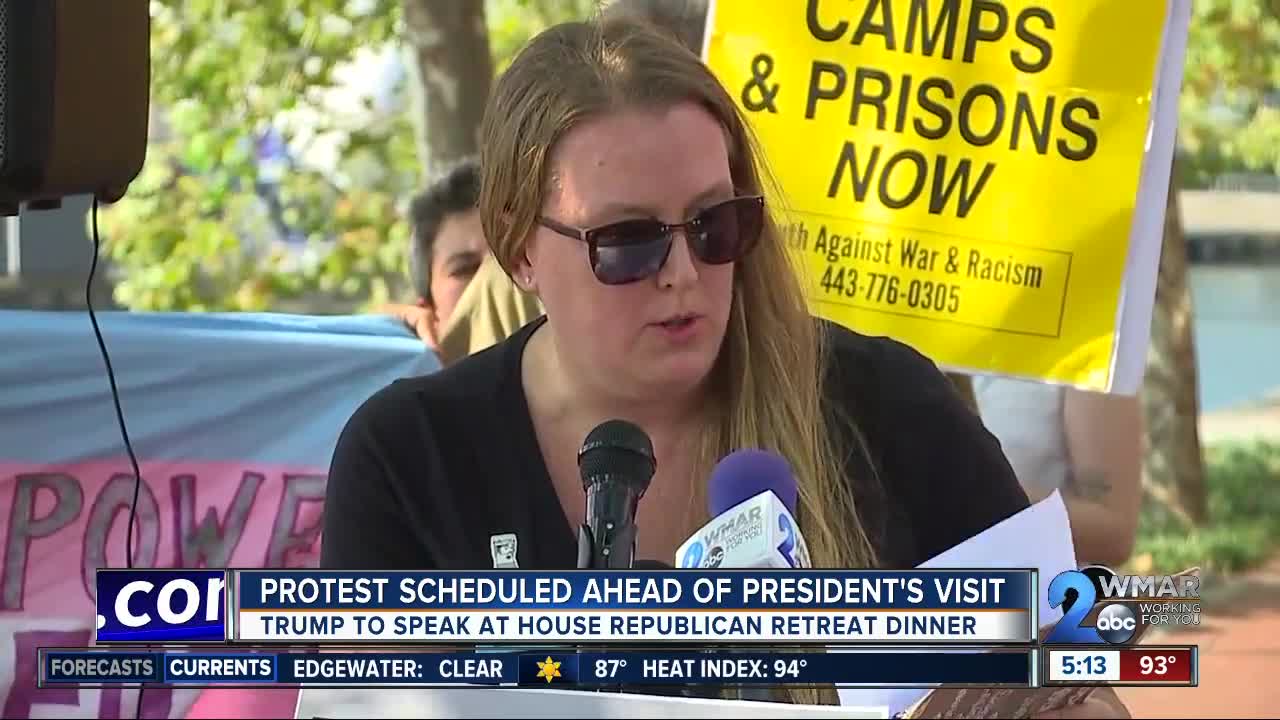 BALTIMORE — President Donald Trump will be in Baltimore on Thursday, less than two months after attacking the city and Congressman Elijah Cummings on twitter.

He will be delivering remarks at the 2019 House Republican Conference Member Retreat dinner. Several protests are expected outside the hotel where the retreat is happening. Protestors say they aren't just protesting Republicans, but rather there to call attention to greed, selfishness, racism and xenophobia.

"Our grievances expand beyond the Republican Party and the Trump administration and include any members of the Democratic Party and any wealthy and powerful individuals and families who support and uphold and are refusing to stand against them," said one member of the Baltimore Welcoming Committee.

The Washington Post stated that the retreat was scheduled months prior to President Trump's tweets.

With President Donald Trump expected to visit Baltimore Thursday evening, the City's Department of Transportation is alerting commuters of it's affect on traffic.

Officials say heavy congestion is expected downtown between 4 and 8 p.m.