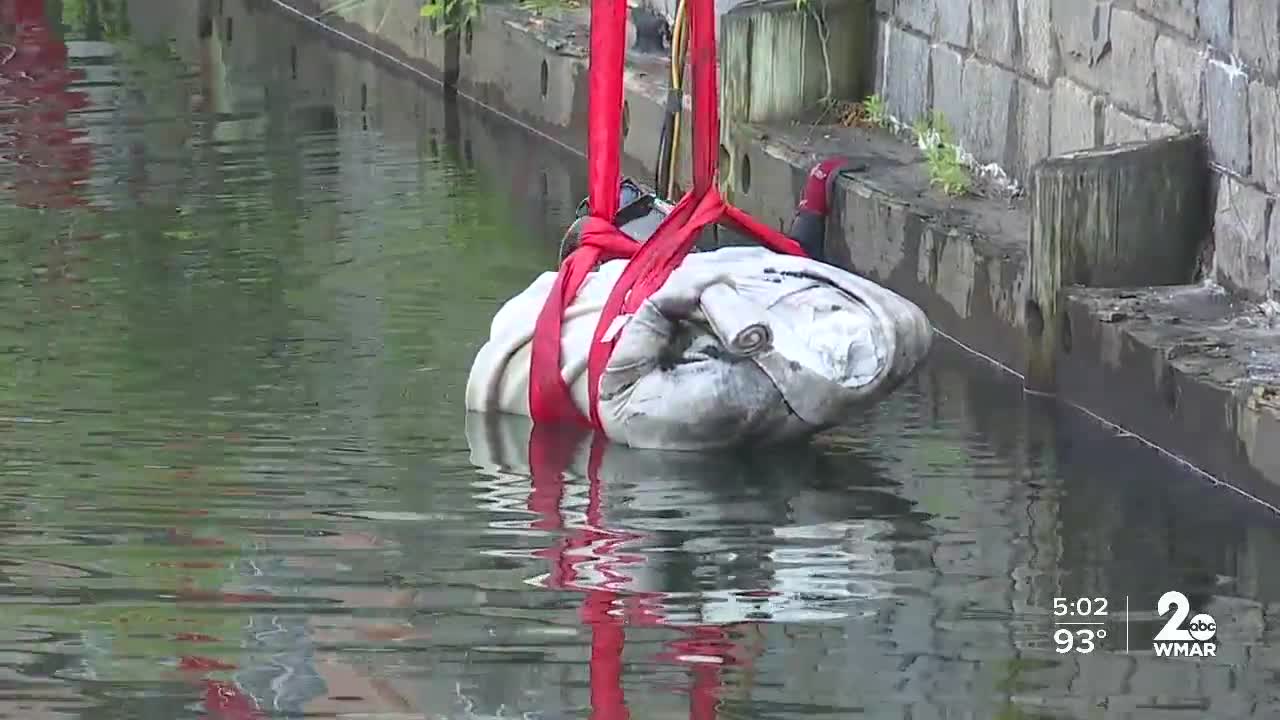 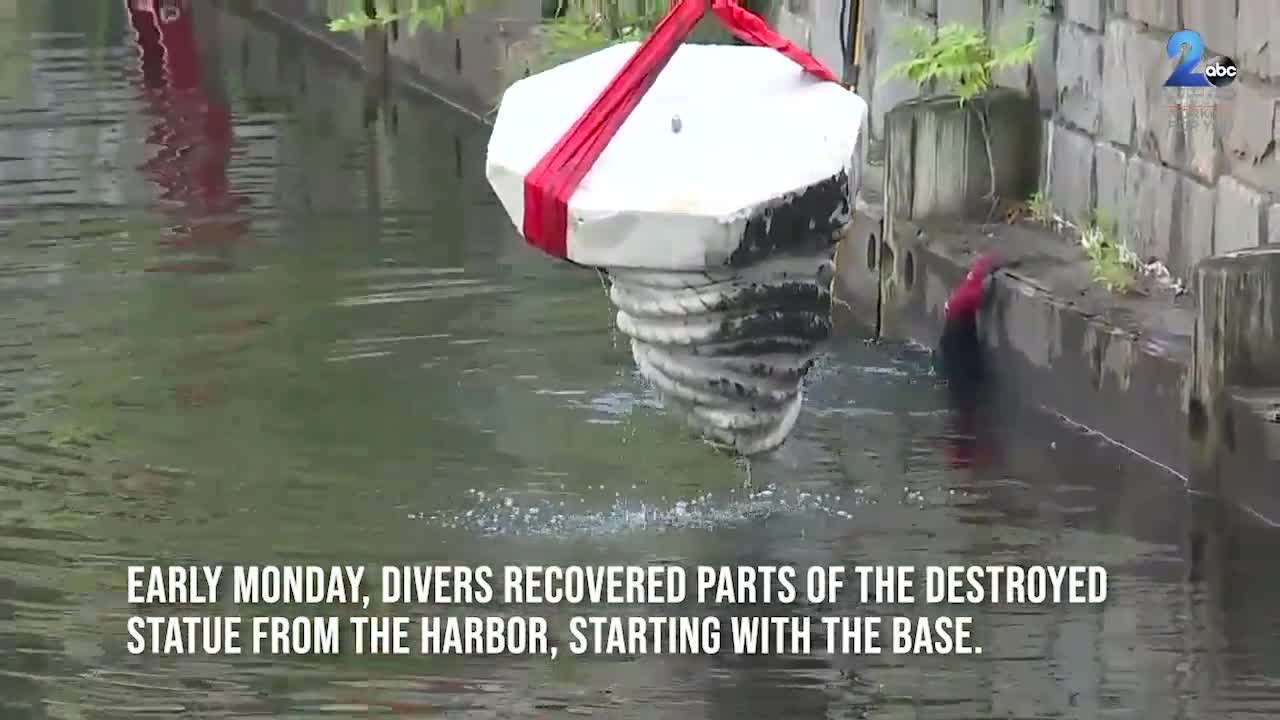 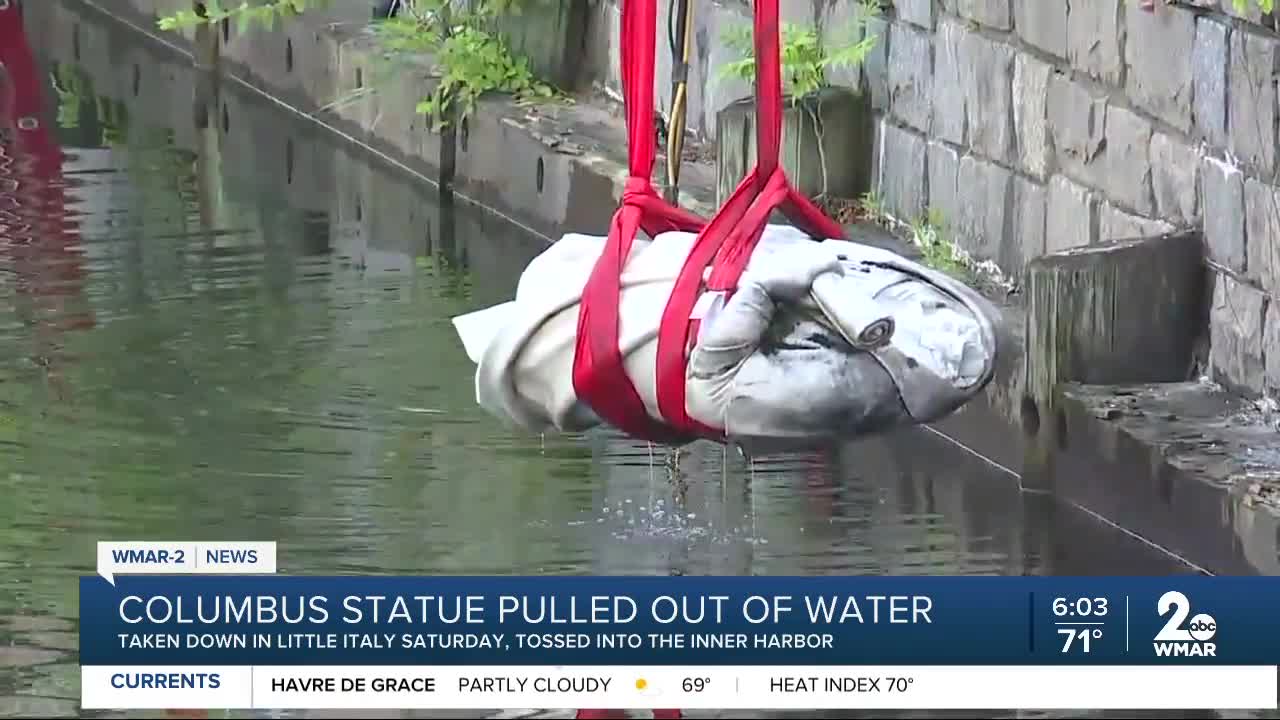 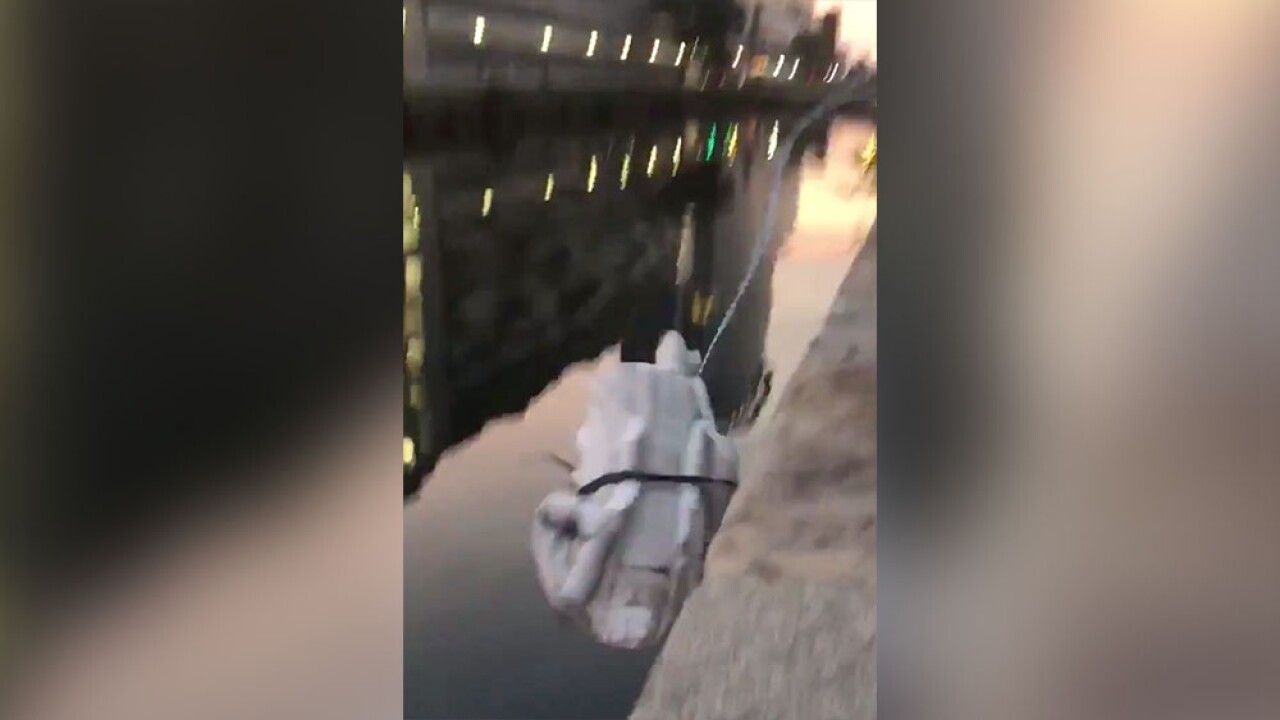 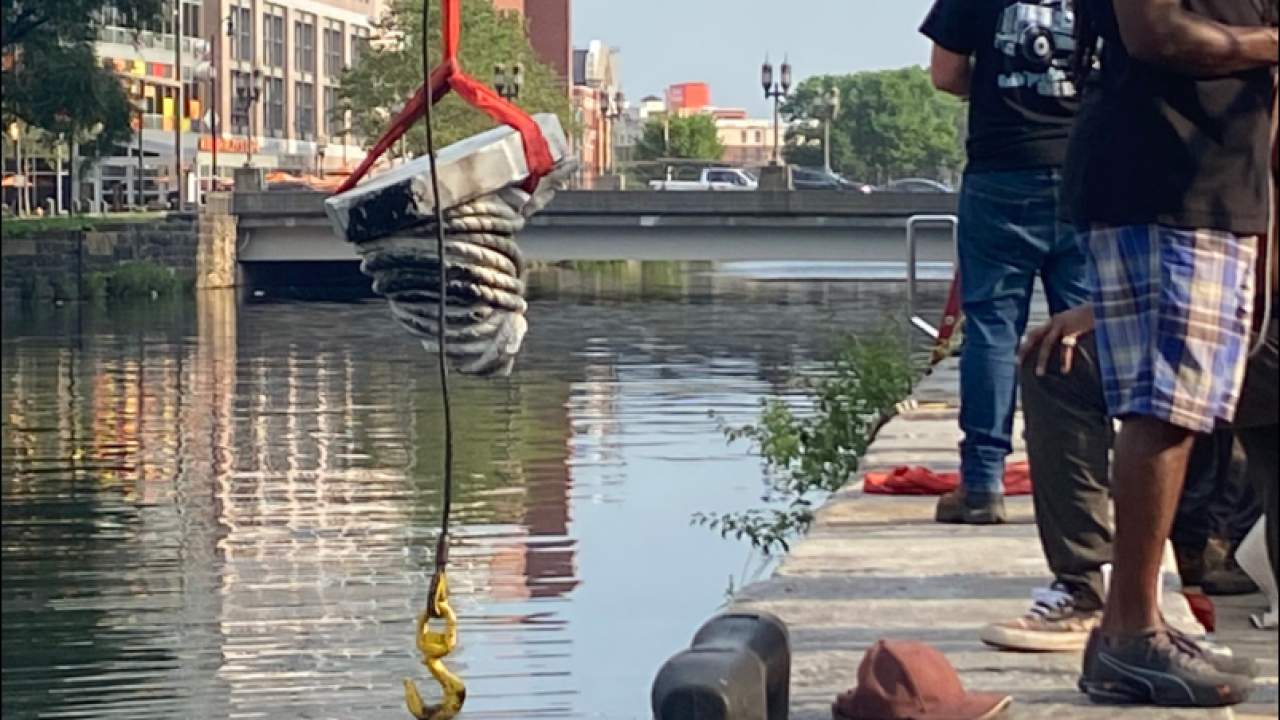 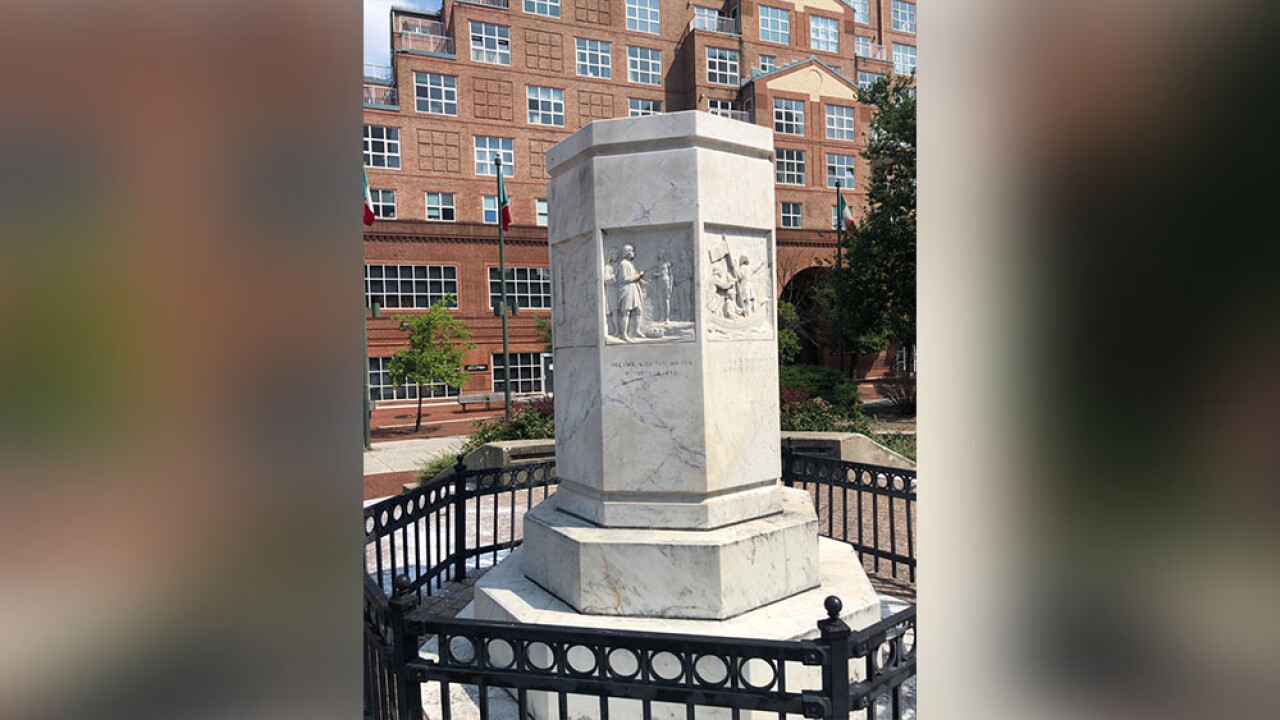 BALTIMORE — UPDATE: Monday July 6th: Early Monday morning crews arrived at the harbor to retrieve the toppled Christopher Columbus statue. A dive team went into the harbor, found the statue and began pulling pieces of it out. Attempts to remove the statue from the water on Sunday failed. We're told those working to retrieve the statue are hoping to refurbish it.

“As the Baltimore Police Department was responding to several life and death incidents across the city, a small number of officers were assigned to assist with peaceful protests taking place in the downtown area. As the number of protesters grew, it was tactically unsafe for those few officers to position themselves between the protestors and the Christopher Columbus Statue in attempt to prevent vandalism and destruction. While we strongly oppose the destruction of property in our city, we will continue to mitigate any risk of injury to protestors and our officers. A full investigation of the destruction and vandalism of the statue is underway and we intend to hold those violators accountable.”

The Baltimore City Fraternal Order of Police responded, pushing back on Harrison's statement that there were only a "few officers" ready to intervene.

Baltimore protesters pulled down a statue of Christopher Columbus and thew it into the city’s Inner Harbor on Saturday.

Demonstrators used ropes to take down the monument in the Little Italy neighborhood.

We reached out to Baltimore Police and they stated, "we have no new updates to provide at this time."

In a statement, Gov. Larry Hogan said on Twitter:

"While we welcome peaceful protests and constructive dialogue on whether and how to put certain monuments in context or move them to museums through a legal process, lawlessness, vandalism, and destruction of public property is completely unacceptable. That is the antithesis of democracy and should be condemned by everyone, regardless of their politics. Baltimore City leaders need to regain control of their own streets and immediately start making them safer."

In a statement from Council President Brandon Scott, he seems to differ from Gov. Hogan on the incident:

“I suggested that the last administration remove this statue when they removed the Confederate monuments. I support Baltimore’s Italian-American community and Baltimore’s indigenous community. I cannot, however, support Columbus.”