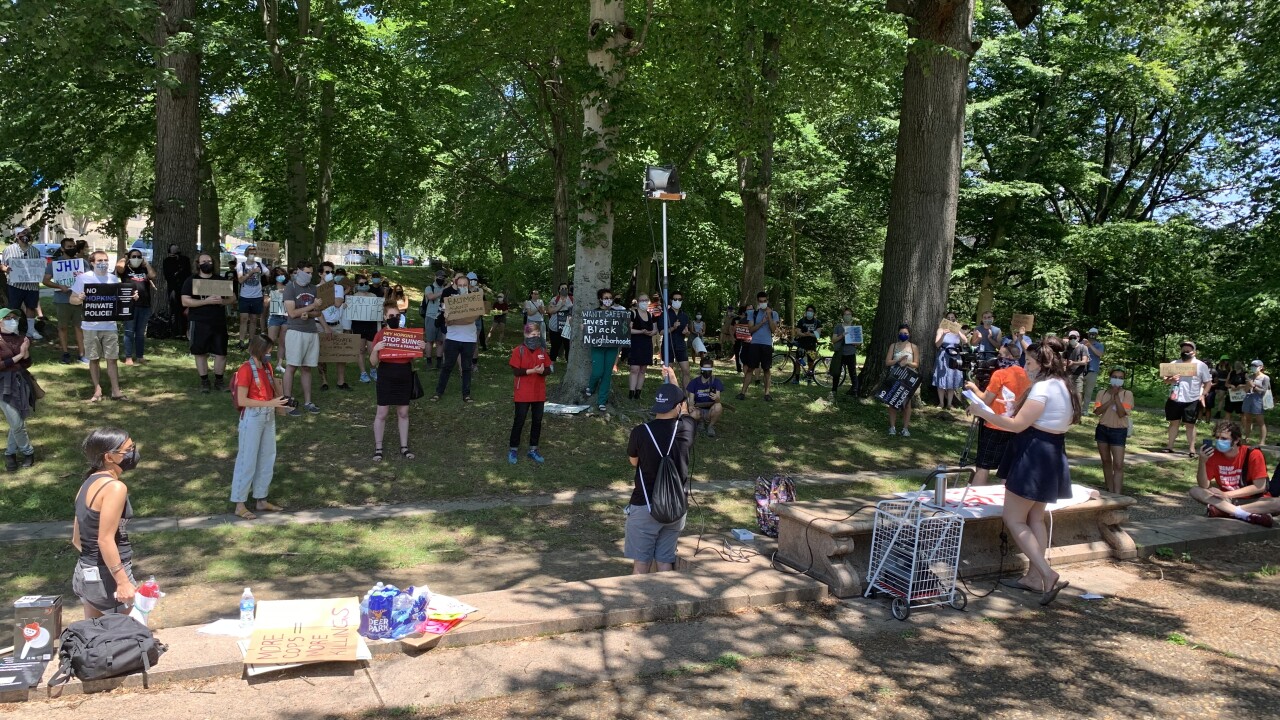 Dozens were out protesting in Wyman Park on Monday, over their concerns.

They also brought a petition against the proposed police force with more than 6,000 signatures on it.

The university recently said they would delay plans for a school police unit for at least two years.

Those protesters, and those who signed that petition say, a delay isn't good enough.

“This is a long-term struggle; we're not going to back down. We have a commitment to continue to hold Hopkins accountable, and their statement saying they're going to put this whole development on pause and listen to the community doesn't satisfy us. They've had plenty of opportunities to listen to the community over the last two years, and they have routinely failed to do so,” said Samantha Agarwal, JHU graduate student union member.

Instead of using university money for a police force, those activists said the school should put more money into education and increasing workers' wages.