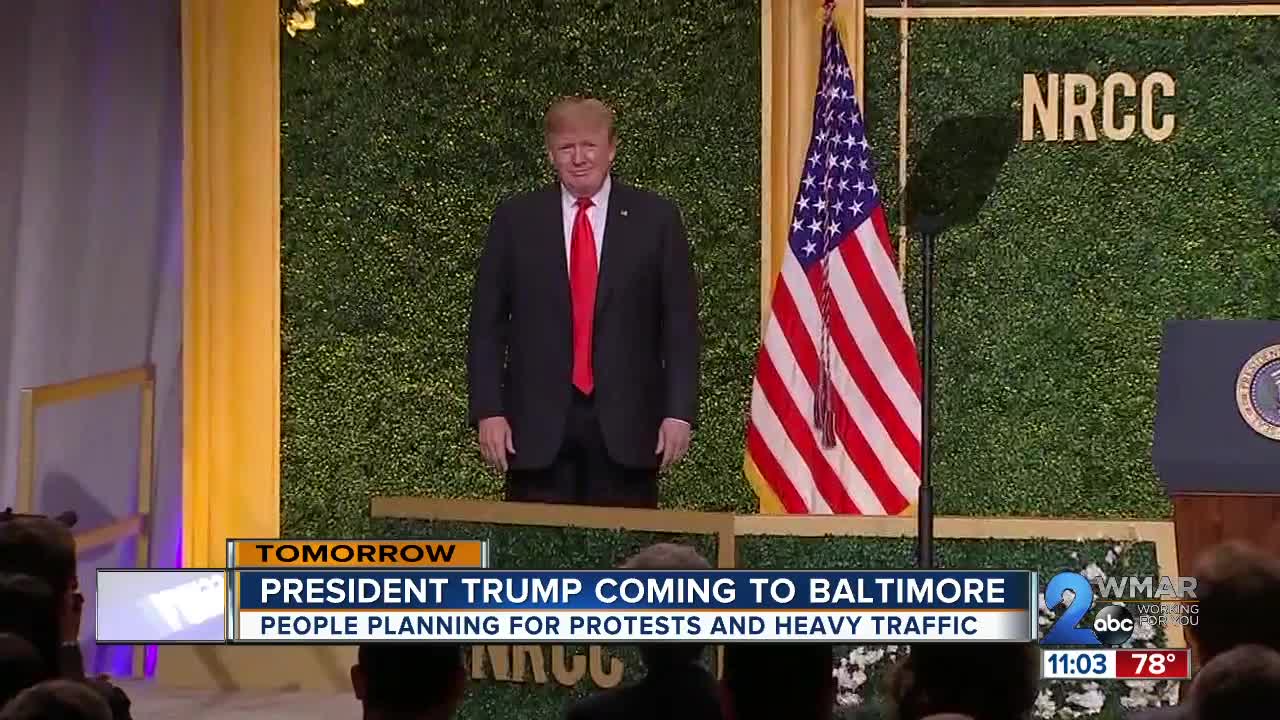 President Donald Trump is coming to Baltimore--the city he called rat infested. He's scheduled to speak at a republican event at the Marriott Waterfront Thursday night.

He's scheduled to speak at a republican event at the Marriott Waterfront Thursday night.

A traffic advisory has been issued for the entire downtown area from 4pm to 8pm.

A group that goes by the Baltimore Welcoming Committee has a protest planned at the Columbus Statue at Easter Avenue and S President Street.

“Whether it be his attacks on immigrants and refugees or his not so veiled attacks on black and brown people,” Organizer Miranda Bachman said. “Trumps policies are anti people, anti-worker, and absolutely pro banks and big business.”

This is the first time the president has been in Baltimore since his Twitter tirade directed at the city-- specifically West Baltimore.

“Considering the comments, he made like a month ago or so I’m surprised he’s even coming,” Resident Andrew Sinclair said. “Hopefully we will be able to show him that people are not okay with that. To let him know that’s not cool.”

He took to twitter to talk about the major traffic problems the visit will bring.

Linda Stasiak lives in Long Island where president trump visited for a fundraiser a few weeks ago.

She is in Baltimore for a convention and said when the president came to her city it turned her 15-minute commute into an hour-long nightmare.

The Orioles attendance hasn't been great as of late-- but there is also a game happening that will add to the congestion.