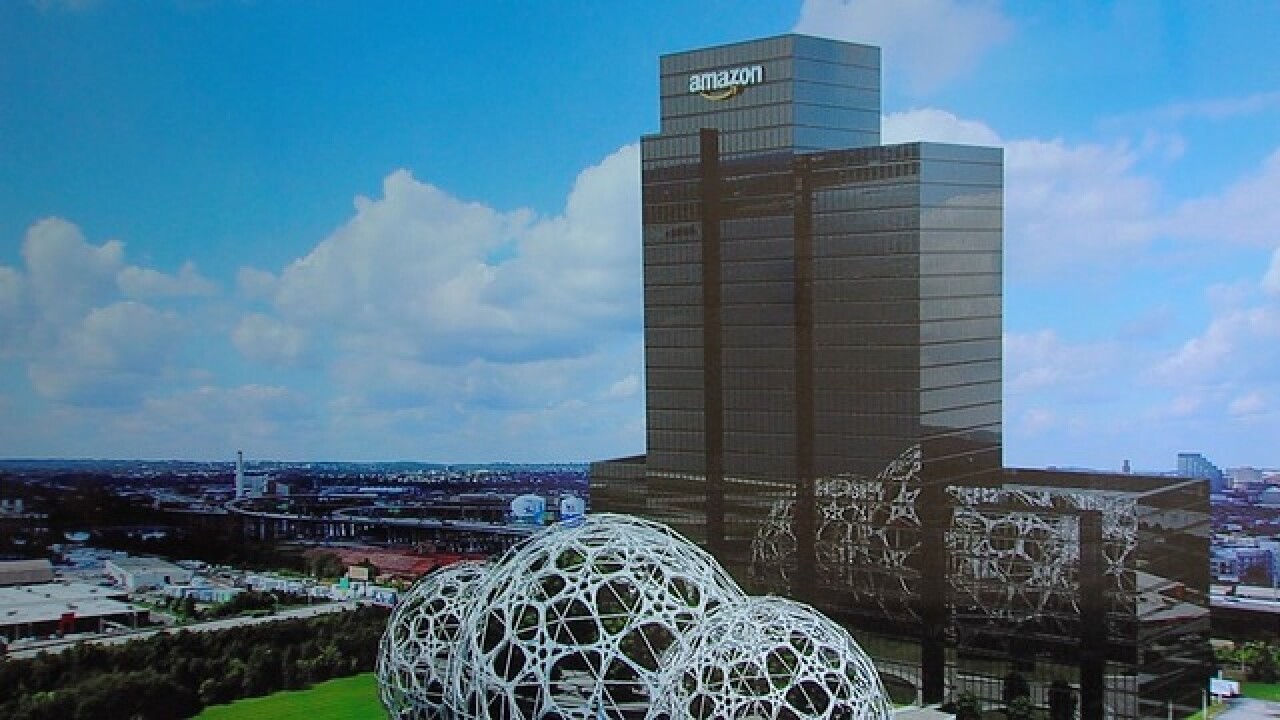 Copyright 2017 Scripps Media, Inc. All rights reserved. This material may not be published, broadcast, rewritten, or redistributed.
<p>Source: Elevated Element</p>

After lots of planning, Baltimore is officially making a bid in an attempt to woo Amazon.

Wednesday morning the city is going to bat for Amazon's second headquarters. If the corporation decides to come to Baltimore, they would potentially be bringing 50,000 jobs.

Mayor Catherine Pugh will be in Port Covington to sign the official proposal. Mayor Pugh and Governor Hogan have said Baltimore has a pretty good chance.

Baltimore is trying to showcase all of its assets like BWI Airport, highways, and rail transit nearby, which is something Amazon is considering in their bid.

But the Andersen Economic Group says the city falls short compared to other places like New York and Los Angeles.

One thing Sagamore Development President and CEO, Marc Weller, says we do have going for us is the space and tax incentives that are readily available in short order to create the bid in such a brief time period.

"No doubt. I think when we read the RFP we felt as if it was just written for Baltimore and written particularly for Port Covington," said Weller. "I think we have more than a real shot, I think that we're probably one of the leading contenders."

Mayor Pugh, the Port Covington Development Team, and the Baltimore Development Corporation will be at the signing ceremony at the City Garage at 101 W. Dickman Street at 10:30 a.m.