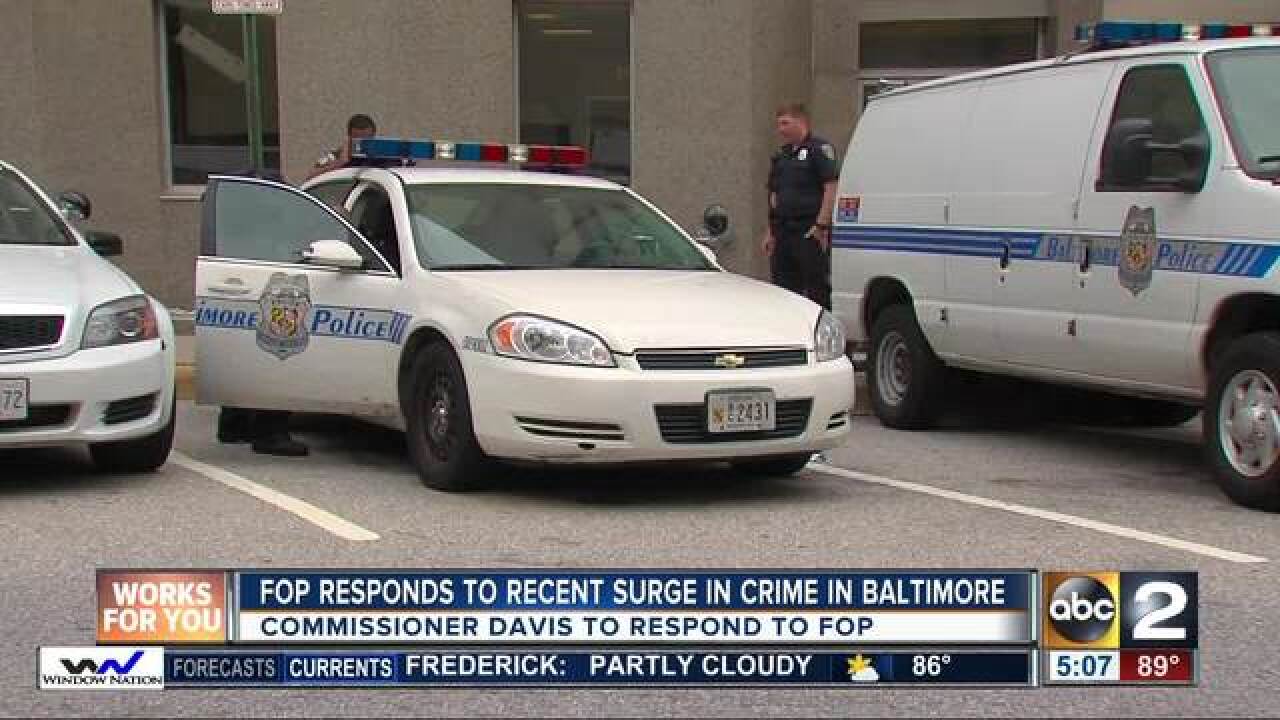 Baltimore City has seen a record number of homicides in the first six months of 2017. In response to recent murders and violent crime, Police Commissioner Kevin Davis canceled leave and placed officers on 12-hour shifts over the weekend.

The FOP also said that they've warned that the Baltimore Police Department is "critically understaffed." In January, FOP President Gene Ryan said there would be a "tipping point" in fighting violent crime due to "the critical understaffing of uniformed officers assisted to patrol the city's neighborhoods." As of June 20, there were an additional 23 full-time police officers assigned to patrol than January.

In response to the recent crime surge, the FOP said it will be meeting with neighborhood councils and community leaders to discuss "mutual concerns." The FOP will also reach out to City Council to schedule discussions.

In Wednesday's statement, the Baltimore City FOP emphasized that the communities deserve more.

It's time for action. We cannot sit back and continue to allow a surging crime rate destroy the good work our police officers and law abiding citizens have accomplished in years prior. The FOP looks forward to remaining a partner in this crime fight and telling the truth about what is and what isn't happening inside the Baltimore Police Department.