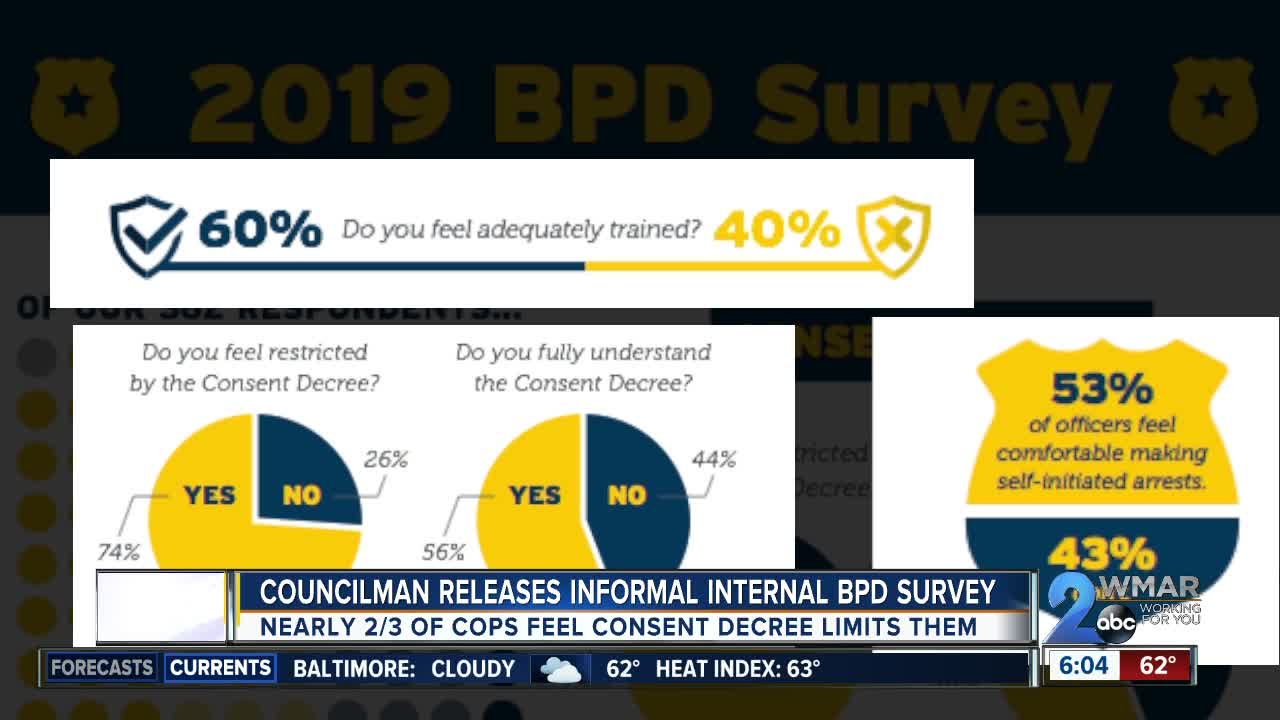 Baltimore City Councilman Yitzy Schleifer says he had requested top-level police commanders to poll the rank and file of the Baltimore Police Department about their thoughts on a beleaguered police department and how to make it better.

BALTIMORE, Md. — Baltimore City Councilman Yitzy Schleifer says he had requested top level police commanders to poll the rank and file of the Baltimore Police Department about their thoughts on a beleaguered police department and how to make it better.

He says after months of inaction, he decided to commission a study himself.

While unscientific, the councilman says the sample size of more than 350 officers is significant.

“Such a large degree of the department took the time to fill out the survey and give very thorough answers about what needs to be done to improve public safety in Baltimore City,” the councilman said.

Some of the highlights — 60 percent of officers who responded don’t feel they are adequately trained.

43 percent don't feel comfortable making self-initiated arrests in Baltimore and nearly two thirds of the respondents say they felt restricted by the consent decree...and more than half don't fully understand it.

“So that is a big take-away for me is that we as city leaders and BPD leadership needs to go back and say, how can we make sure that every single officer in the department fully understands the consent decree,” Schleifer said.

As the former superintendent in New Orleans, he worked under a consent decree himself.

Councilman Schleifer says he spoke to the new commissioner about his survey's findings and got the sense that none of this is new to Harrison and feels he is equipped to fix it.

“This isn't new stuff for him. He's been there, he's done that and he seems extremely motivated and willing to make the necessary changes.”

Of which the councilman thinks there may be many based on the current pulse inside and out of the Baltimore Police Department.