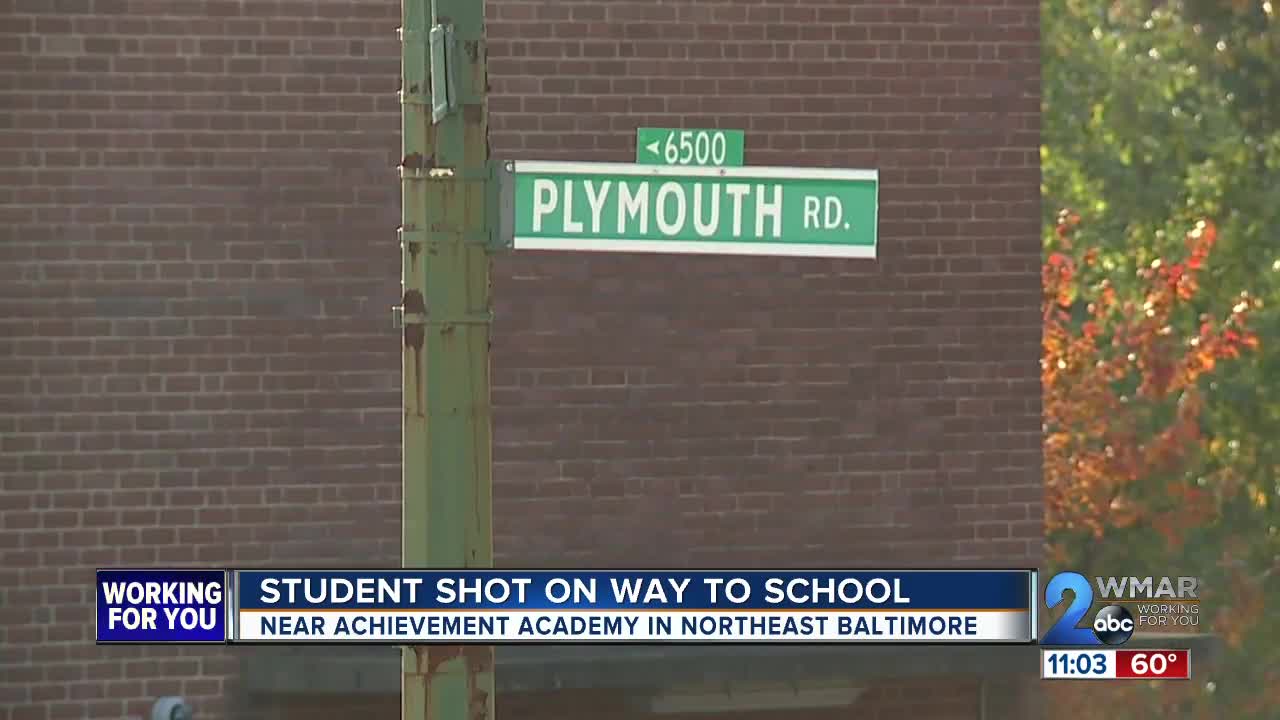 Baltimore City Police are investigating a Monday afternoon shooting outside the Achievement Academy in Northeast Baltimore. 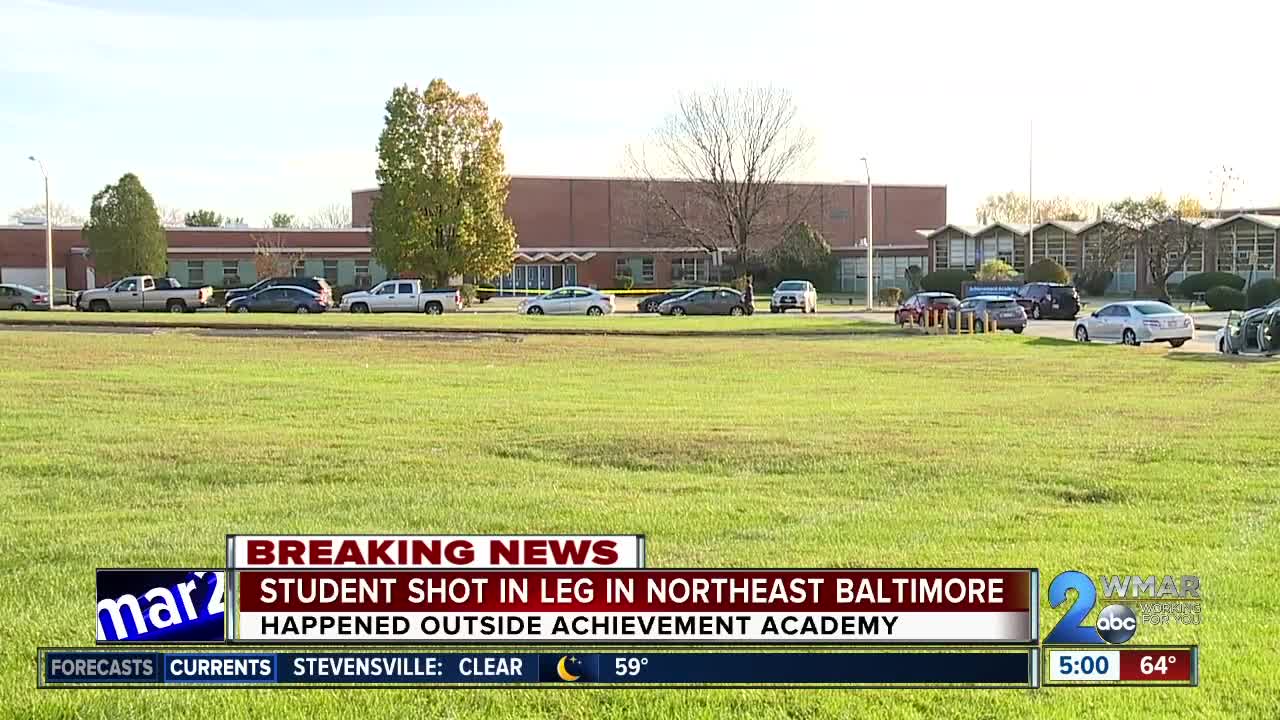 According to police, a 19-year-old student was shot in the thigh while he was on his way to school. Police say he was approached by a gunman wearing a white mask.

After he was shot, he ran inside the school building.

Police have not yet announced any arrests.