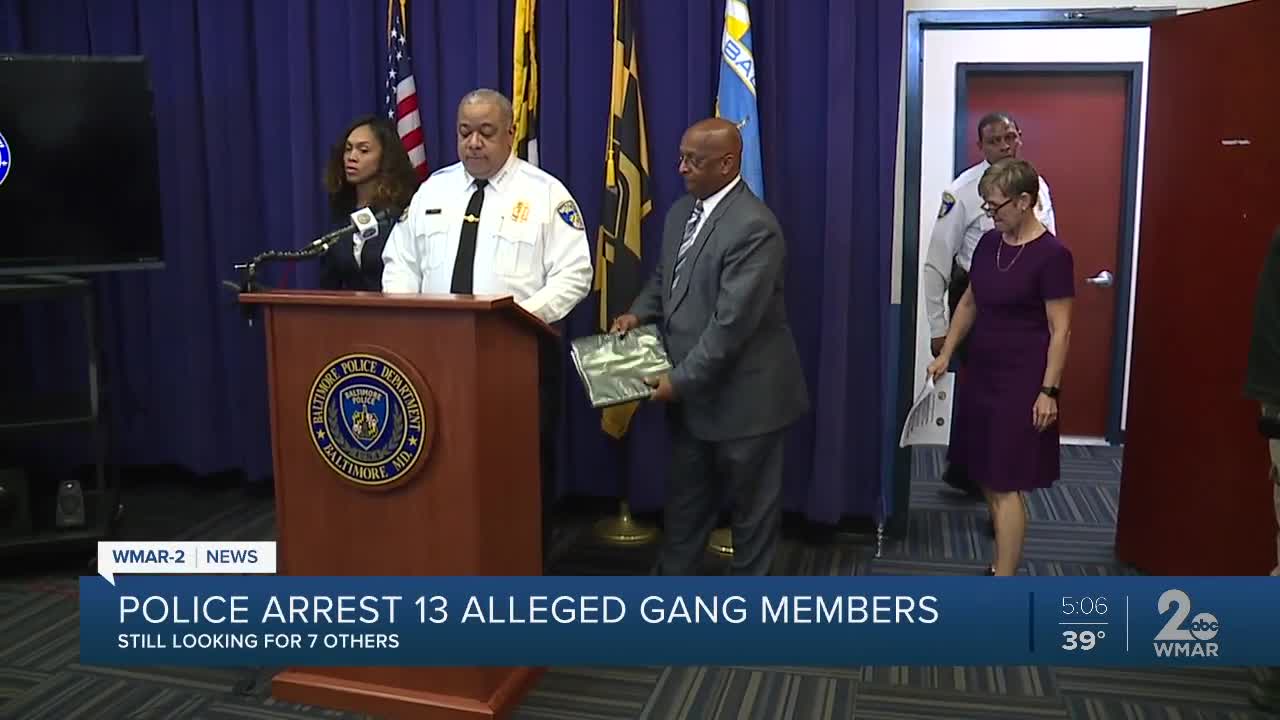 According to police, they were members of the major drug trafficking organization, The Back Block Bippers.

They're accused of distributing fentanyl and other narcotics.

"When I say we can't do it alone this is what i mean. When we have community participation this is the result," said Mayor Jack Young.

The department is still looking for seven other members of the organization. All 20 defendants face more than 50 charges and more than 900 years in prison collectively.

If you know anything call police or Metro Crime Stoppers at 1-866-7lockup.