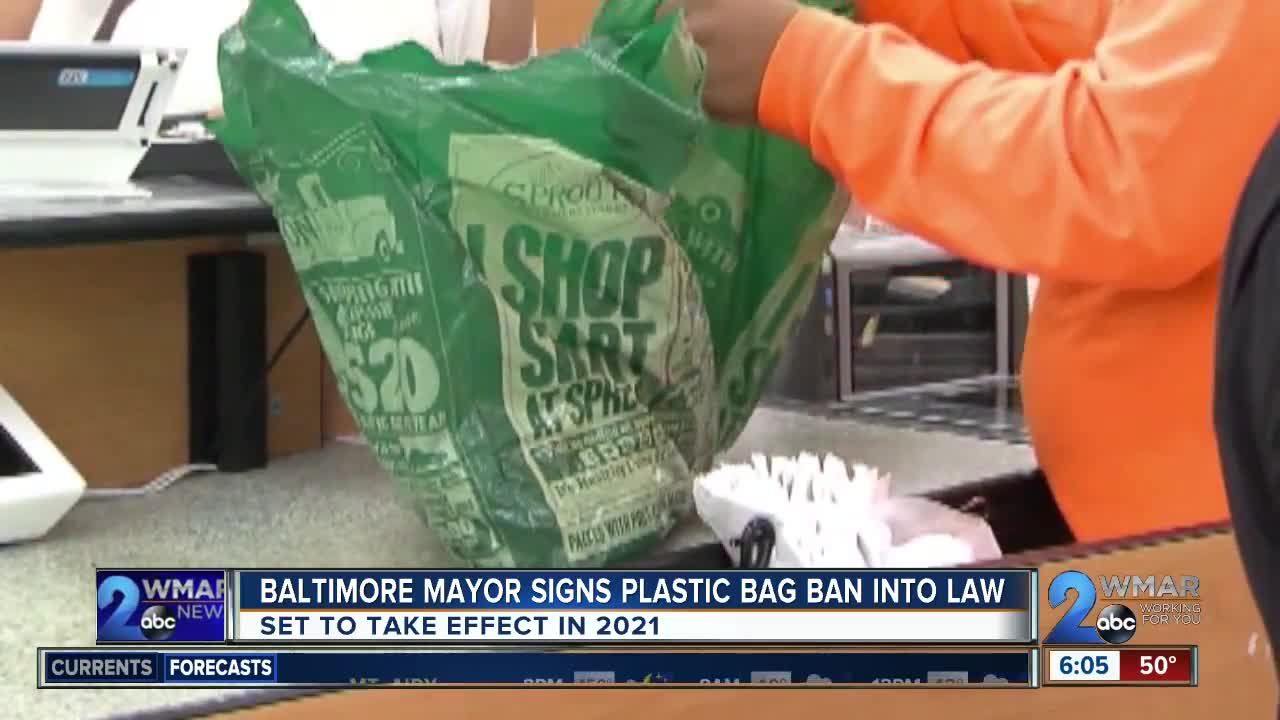 It was signed at the National Aquarium in Baltimore, where the ban has been advocated for years in efforts to save and protect sea life often affected by plastic bags.

The goal of the bill is to decrease pollution and littering in Baltimore's streets and waterways.

In the past, the City Council has tried and failed to ban the use of plastic bags nine times, after receiving push-back from small business owners who argued the bill would be too costly to them.

Part of the bill requires stores to collect a 5 cent surcharge for any alternative bag they provide, including paper bags. Four cents will go to the business, with a penny going to the city.

Retailers who violate the ban three times could face a fine of up to $1000.

City officials are encouraging shoppers to bring their own reusable bags, to avoid the surcharge.

The law does not prevent plastic bags used for ice, meats, produce, prescriptions, or dry cleaning at stores.

Watch the full bill signing below.