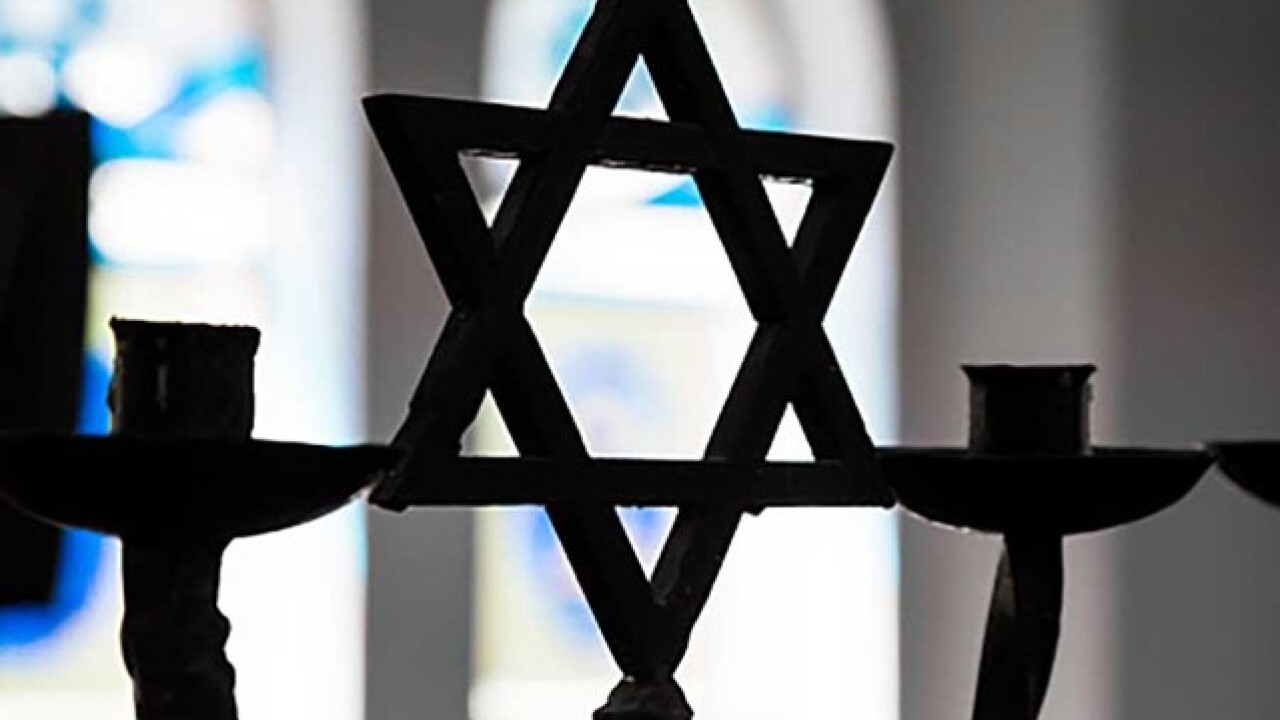 Copyright 2018 Scripps Media, Inc. All rights reserved. This material may not be published, broadcast, rewritten, or redistributed.
coldsnowstorm
<p>Close up of Star of David silhouette inside Jewish Synagogue. <em>(Photo from Getty Images)</em></p>

According to a statement released by CCAR and their Code of Ethics for Rabbis, Fink is suspended do to potential violations of the Social, Congregational Staff, and Sexual Boundaries subsections of the code.

As the oldest and largest rabbinic organization in North America, the CCAR focuses on strengthening the Jewish community through its leadership. The group governs those that practice rabbinical duties in the Reform branch of Judaism. In that role, the organization has developed an ethics code its members are obligated to follow.

“As rabbis, we are expected to abide by the highest moral values of our Jewish tradition: personal conscience and professional integrity, honorable social relationships, and the virtues of family life,” CCAR says on its website.

According to a May 3, 2018 statement issued by Temple Oheb Shalom, officials learned “of an allegation of an improper incident of a sexual nature that may have occurred many years ago involving our Senior Rabbi [Fink] and a then teenager, who was a minor at the time.”

Temple officials reported the allegation to the proper Maryland authorities as well as the CCAR, the statement said. As of the issuance of the statement, Fink was put on paid suspension by the temple.

Rabbi Marc Disick is currently leading the congregation. Rabbis Emeritus Donald Berlin “pitched in briefly at the beginning of this matter,” said Amy Rotenberg, a spokesperson for Temple Oheb Shalom. Fink is not allowed to participate in rabbinical practices at the temple while he’s suspended.

Baltimore County Police said they believe the allegations pertain to alleged behavior that occurred in a different state.

In Maryland there is no statute of limitations on felonies, so if an investigation by a state agency did feel charges were warranted, they could be brought, said Lisa Dever, the Assistant State's Attorney for Baltimore County's Sex Offense and Child Abuse Division. The stipulation though, is that a person could only be charged and held to the laws that would have applied at the time the alleged crime occurred. Dever said laws that would pertain to a potential child abuse case, sexual or otherwise, have gained strength since the 1970s, so crimes committed prior to then may face less severe consequences than current standards.

“We have said from the beginning that we would await the conclusion of that process to determine next steps,” the statement said, “and our Board will convene in the coming days for that purpose.”

CCAR does not have a process to formerly revoke rabbinical status, explained Elliot Levy, an Account Executive at BerlinRosen, a communications firm that works with CCAR. The council investigates claims and allegations and determines if suspension or expulsion is warranted. Suspended rabbis work with a rehabilitation team in consultation of outside experts before they can potentially return to good standing.

In some ways suspension is preferable to expulsion because expelled rabbis are unsanctioned by CCAR but can return to their rabbinical duties, whereas “with suspension there’s this process of rehabilitation and accountability,” Levy said. “Having this process of accountability and oversight really gives a lot of strength and support to communities and the congregations to make sure they remain safe and sacred places for those communities.”

According to the CCAR’s Code of Ethics, a potential sexual violation falls under Section V: “Unacceptable behavior includes all forms of sexual harassment and intimidation, requests for sexual favors, and any unwelcome verbal, physical or visual conduct of a sexual nature. Any such act or behavior, even if it appears to be consensual, which exploits the vulnerability of another, compromises the moral integrity of the rabbi and is an ethical violation.”

A social violation falls under Section I.A: “We must, therefore, not engage in exploitative practices which destroy our moral integrity. We are expected by others, and we expect of ourselves and each other, to be scrupulous in avoiding even the appearance of sexual misconduct, whether by taking advantage of our position with those weaker than ourselves or dependent upon us, or succumbing to the temptations of willing adults.”

A congregational staff violation addresses relationships between a rabbi, his congregation, and fellow temple staff.

CCAR could not give comment as to a timetable for Fink's suspension or rehabilitation process, nor how exactly he could be reinstated, nor how or if information about the allegations against him would be shared with other congregations that may seek his rabbinical services in the future, other than referring to the online list of censured personnel. Temple Oheb Shalom directed questions about such future disclosures back to CCAR.

"The actions Temple Oheb Shalom may take are not dependent on any further actions by the CCAR,” Rotenberg said. “The board will be meeting very soon.”